Imagine that you are taking your child to their bus stop to go to school when a man begins following you and yelling obscenities at you and your child.

Imagine witnessing a stranger strike your father or mother in the head in public simply for being who they are, and growing up realizing that this is the type of attitude that you and your family are subject to in your country. How do you think that would affect you?

This is the incident​ that occurred in early March involving a 47-year-old man born in China, who has lived in the United States for 35 years, and his 10-year-old son in Queens, New York.

Earlier that same week​ in Manhattan, a 23-year-old student from Korea was rushed to the hospital with a possible dislocated jaw after she was punched in the face by members of a group who had surrounded her and were harassing her with racist obscenities.

Back in mid-February​, a 16-year-old Asian American boy was bullied and beaten by a group of schoolmates in San Fernando Valley, California. His injuries were so severe he was sent to the emergency room for an MRI scan.

These are just some of more than a thousand ​reported cases of violence and discrimination against Asian Americans that are sweeping the nation in response to the COVID-19 outbreak. In just one week of launching (March 19-25), the ​Stop AAPI Hate​ website received 673 reports of coronavirus discrimination—10% of which was physical assault. (Another statistic in the report showed that 61% of these reports were filled out by non-Chinese Americans, indicative of the homogenization faced by Asian minority groups and the infectious influence of this stigma.)

In Portland, numerous reports of racism and xenophobia have urged both the Portland Public School District and Multnomah County to address the situation in public statements. Asian businesses report fewer patrons due to xenophobia, masses of Asian residents and students have reported being targets of discrimination, and in a disturbing incident near the end of February, three students at Benson high confessed to placing a noose on the roof of the school. While these students were not charged and police found no actual evidence to suggest that this act was motivated by race, the symbolism of this action is strong. Racism and intolerance is infecting our community. 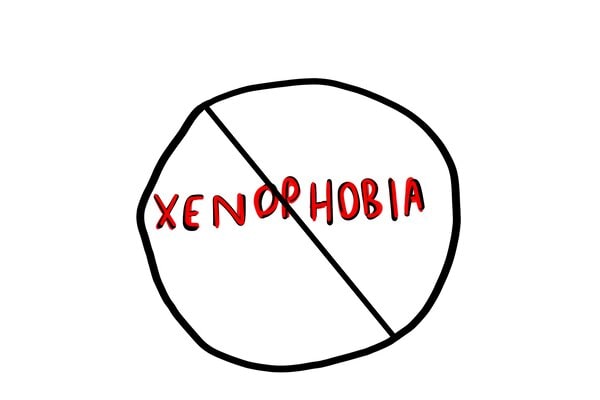 All of these cases share a common theme: the emergence of fear and ignorance in light of the COVID-19 pandemic. It has culminated in a prejudicial hatred directed at the Asian American community. These are not isolated events but represent a larger attitude prevalent in American society, which I argue is modeled in the rhetoric of America’s political leaders.

Most notably, President Donald Trump has insisted on his labeling of the COVID-19 outbreak as
“The Chinese Virus.”

When questioned in a press conference why he continues to use the term despite discrimination against the Asian American community, as well as the fact that many people find the term racist, Trump defended his rhetoric, saying, “It’s not racist at all, no. Not at all…I want to be accurate…China tried to say…that it was caused by American soldiers…it comes from China.” (you know, if you defend a term that others are calling racist by saying “It’s not racist at all,” ​chances are it’s racist.)

Trump has since stated that he will now refrain from using the term but that he does not regret the way he used it. In other words, Trump admits that the term is too inappropriate to continue to use, but he still endorses the term and, indirectly, the impact that it has on American society.

Trump has used this term to berate Chinese officials and journalists (whom Trump generalizes as “China”) and to emphasize the virus’ origins, thus implying negative blame on the Chinese government. However, this emphasis does not justify the usage of such a harmful term which many have rightfully identified as stigmatizing, including Representative Grace Meng​ as well as several other Asian American leaders and executive director of the World Health Organization (WHO), ​
Dr. Mike Ryan​. Another WHO official, Director General Tedros Adhanom Ghebreyesus,
referred to the stigma surrounding the term as “more dangerous than the virus itself.”

While this way of labeling viruses after their place of origin may have been practiced before, it is an outdated method, and for good reason. Back in 2015, WHO issued ​new guidelines​ for naming diseases which specifically cautioned against associating viruses with communities or geographic locations, due to the history of backlash against such named communities. Five years later and we’re back where we started.

Even if President Trump was sorry for using this word, his public endorsement of the term has already contributed to perpetuating stigmatic attitudes—and #ChineseVirus is still trending on Twitter. This effect is especially harmful in adolescents and others who may be susceptible to interpret the term as a denunciation of Chinese people/culture. Not to mention the influence that such a label may have on the self-perceptions of Chinese and Asian citizens in the US.

By juxtaposing a cultural/ethnic identity with a serious life-threatening illness, the term may be interpreted as a label that marks a Chinese person as an undesirable external entity—a virus. Linguistically, the term has syntactic ambiguity; “The Chinese virus” can literally be interpreted as “the virus of Chinese culture/people.” However, one does not need to analyze the deep structure of this term, which sounds synonymous with “The Yellow Peril,” in order to realize the insensitivity of its application. Labels are powerful.

Descriptive language is a reflection of a culture’s attitudes. Throughout history, Asian people have been dehumanized and depicted as being unhealthy, untrustworthy, and undesirable in American society. Asian Americans have repeatedly suffered the bigoted blame of scapegoating; The Chinese Exclusion Act, Japanese internment camps, and the brutal murder of Vincent Chin are only some testaments to this long history of aggression against Asian Americans. The term “Chinese Virus” conjures an unsavory resemblance to this exclusive history against Asian Americans.

On the other hand, language also helps to enforce and produce a culture’s attitudes. In tying this virus (a naturally born virus that affects all people) with a Chinese identity, President Trump’s label perpetuates this history of discrimination against Asian Americans—the danger of such an association is evident in the spike in news of violence around the nation. This term inspires hatred.

I’m half Filipino, but I grew up in the South mostly around white people. As a kid, I think that just this arbitrary dissonance between what I looked like and what a majority of my peers, mentors, and my heroes on TV looked like made me feel insecure in my self image. It’s embarrassing and I’ve overcome this feeling, but I remember looking in the mirror, thinking I would be cooler if only I had lighter skin or a sharper nose. Often, any reminder of my race that I encountered, like racist jokes or comments in school, would only enforce the idea that my identity was somehow incompatible with my society. I believe a lot of that attitude—mine and that which I encountered—was encouraged by the marginal representation and portrayal of Asians in society and mainstream media (think
Mr. Yunioshi portrayed by Mickey Rooney in Breakfast at Tiffany’s). This moniker plays right into that representation. Unfortunately, I’m positive that this label has had an effect on adolescents who, like I was, may already feel insecure with their identity—and that is tragic to me.

Coming from our nation’s leader, President Trump’s label not only has the potential to promote xenophobia, it also serves as a message to Asian Americans that they are not welcome in American society, and both of these dangers are especially frightening for adolescents.

Furthermore, the fact that President Trump has not apologized, that he denies his usage was racist, illustrates an unwillingness to listen to and validate others, or to self reflect on past actions. The idea that people are somehow wrong for being offended or that this is a “fake outrage,” as tweeted out by the official @WhiteHouse twitter page, is dismissive and totally offensive. People are continuing to use this term without understanding how it can make a Chinese or Asian person feel. This refusal to cooperate with minority communities perpetuates a division among our society. 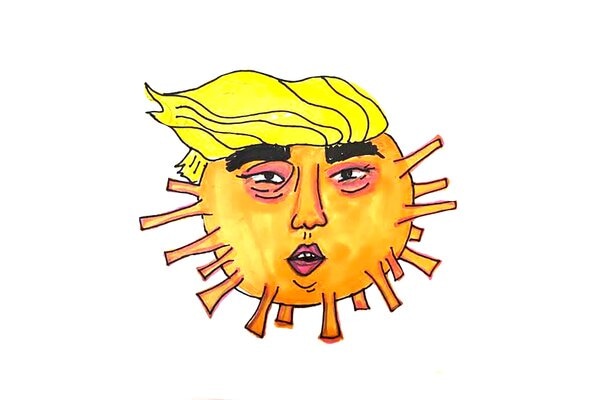 On March 19, Governor Kate Brown tweeted out, “The virus has nothing to do with nationality…stigma against Asian Americans is appalling. This is a time to look out for our neighbors, and to unite against COVID-19.” Seems like an irrefutable statement in a time of crisis, right? An Oregon republican running for Congress condescendingly replied, “Do you understand what unite means? The #ChineseVirus COVID-19 is from China. AMERICANS are united against it regardless of race.” Despite the candidate’s claim that “AMERICANS are united … regardless of race,” the label “Chinese virus” targets and alienates a major subcommunity of American society. Additionally, the aggressive response to Governor Brown implies that she is wrong and dismisses the stigma faced by Asian Americans as unimportant, because apparently they do not fit within America’s concept of unity. This is the same effect implied by President Trump’s unapologetic rhetoric.

Especially with many educational facilities being closed down for the rest of the school year, it is paramount if we really want to unite our society, an important step is modeling and using inclusive language.

Written By
Andrew Porter
More from Andrew Porter
“STAY HOME SAVE LIVES.” You may have seen these signs around Portland...
Read More