Yemen is currently experiencing a humanitarian crisis that has left 14 million people at risk of starvation, according to Human Rights Watch, a non-governmental human rights research and advocacy organization. The United Nations (U.N.) describe the war and resulting famine in Yemen as the worst current humanitarian crisis in the world. At the heart of Yemen’s humanitarian crisis is a war between Houthi loyalists to former president Ali Abdullah Saleh and a Saudia Arabia-led coalition of forces in support of current Yemeni President-in-exile Abdo Rabbu Mansour Hadi, who fled Yemen for Saudi Arabia in 2015. According to the Armed Conflict Location & Event Data Project (ACLED), the conflict has killed more than 100,000 people since it began in 2015, more than 12,000 of whom were civilians killed in targeted attacks.

The Houthi movement began their fight with the Hadi Government by forcing President Hadi into exile in March of 2015 and have slowly gathered structural power over the course of the war. The Houthi movement currently has key holds in central and northern Yemen. Yemen is situated on the coast of the Red Sea, a powerful trade route for most of Europe, and neighbors Saudi Arabia. Those factors played into the creation of the Saudi Arabia led coalition which included most of the Gulf Cooperation Council states. The coalition backs the internationally recognized Hadi Government by supplying weapons, money, political, and military support.

The Yemeni government and the Houthi forces have been purchasing weapons from the United States, France, and Canada since before the outbreak of the war in 2015, according to Human Rights Watch. It was further reported that a portion of those weapons are in the hands of 3,034 child soldiers currently fighting in the Yemen civil war on both sides of the conflict. It is reported that the Houthis recruited 64 percent of the child soldiers and the Yemeni government in conjunction with the Saudi coalition recruited 36 percent. The U.N. created a campaign in May 2000 to combat the involvement of children in wars worldwide, which Yemen joined in 2007. The U.N.’s campaign is working to reintegrate former child soldiers into society, and as of 2020 the campaign has been successful in slowing the rate of child soldier recruitment in Yemen.

The provinces in Yemen that have hosted a majority of the fighting, including the Ta’izz Governorate, are coincidentally the poorest areas in the country and are seeing a rapid increase in food insecurity in the civilian population. It is reported by BBC News that more than 20 million Yemeni citizens are experiencing food insecurity, and 2.2 million Yemeni children are malnourished. It is estimated that 85,000 children have died of malnutrition between April 2015 and October 2019. Due to instability caused by the war, only half of the country’s medical facilities are available to treat Yemeni citizens, and thousands have died from preventable illnesses. 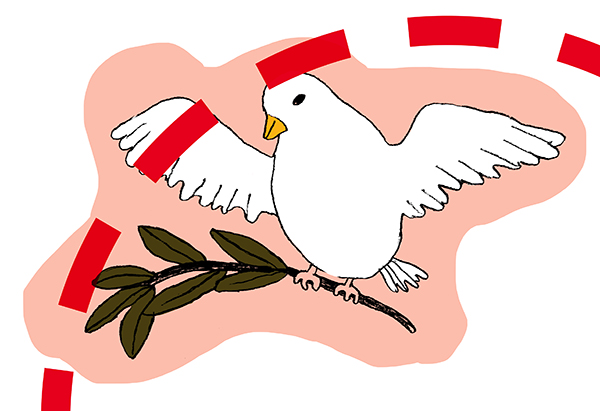 According to Professor Christopher Carey of Portland State University’s criminology department, even though these international laws have been established, the enforcement of those laws is somewhat voluntary. The U.N. does not have an army, and their peacekeeping force has to be invited into a country by the residing government. At this time, no attempts have been made by either loyalist or rebel forces to involve U.N. Peacekeeping in the ongoing conflict.