Medicare will continue to cut payments to hospitals with high rates of readmission as part of the Affordable Care Act (ACA) Hospital Readmission Reduction Program (HRRP), which pressures hospitals to reduce how many patients get readmitted within a month of hospitalization. Officials estimated that $17 billion of the $26 billion in Medicare costs came from potentially avoidable readmissions. Preventing those readmissions has become a cost-controlling priority. Furthermore, Centers for Medicare & Medicaid Services (CMS) points to research that suggests some hospitals do better than others at preventing readmissions. HRRP judges hospitals’ performance against the national average.

HRRP evaluates 3,129 general hospitals nationwide; 83% (2,583 hospitals) are being penalized. The average penalty this year is 0.71%, up from 0.57% last year according to a Kaiser Health News analysis. Medicare estimates that it will cost hospitals a total of $563 million over the course of 2020. 7 out of the 13 hospitals evaluated in the Portland metropolitan area are being penalized for high readmission rates despite having readmission rates that are beneath the national average.

The program, which began in 2012, is part of the Affordable Care Act’s (ACA) broad campaign to improve the quality of healthcare. Critics were concerned that the HRRP would create larger disparities from its impact on hospitals that see a higher proportion of disadvantaged populations. Another concern was that penalties to Medicare payments would create a perverse incentive for hospitals to avoid certain patients or influence how hospitals use resources. Some studies show an increase in mortality rates since HRRP went into effect, but other studies dispute the link.

Since its inception, HRRP has been a controversial health care policy. It is unclear whether the HRRP is improving patient safety and the quality of healthcare. Those in the hospital industry have argued that rates of readmission haven’t changed significantly despite a great deal of investment. But the Medicare Payment Advisory Commission (MedPAC) says the program appears to be successful according to an analysis released in September: “On a risk-adjusted basis it appears that readmissions have declined in 2010 to 2018 without causing an increase in risk-adjusted mortality.”

A recent study published this month in JAMA Cardiology suggests that readmission rates following treatment for a heart attack have in fact decreased, but that racial disparities persist and that readmission rates continue to be higher for black patients, irrespective of whether hospitals had been penalized before or not. Martha J. Radford, MD (NYU Grossman School of Medicine, NY), wrote in an accompanying editorial that there is a need to “broaden the national quality measurement portfolio to better assess high-quality care, so that the U.S. healthcare system may reward hospitals that exemplify the best care U.S. medicine has to offer, rather than penalize hospitals for using resources that are likely to contribute to that care.” An outstanding question is whether readmission rates are a reliable indicator of healthcare quality when hospitals serve different population demographics. Whether the government financially penalizes or rewards hospitals for readmissions, critics say that using readmissions as a metric of healthcare quality would inherently influence decisions made by care providers.

The hospital system with the largest market share in the Portland metro area is Legacy Health. Legacy has had significantly lower profits in the last three years according to its financial filings. In its 2019 fiscal year, Legacy racked up over $1.3 billion in costs for Medicare and Medicaid patients—up from $710 million in 2013. Of the costs for 2019, the federal government reimbursed Legacy for just 70%. In 2017, according to the American Hospital Association. hospitals were reimbursed an average of 87% of Medicare costs.

The ACA’s Medicaid expansion and an aging population brought a greater influx of Medicare and Medicaid patients that go to hospitals for care. When the ACA went into effect, hospitals operating expenses started to outweigh revenue growth from patients. Hospitals across the country sought out ways to make more money to cover funding deficits. Many hospitals merged and expanded their networks to establish new sources of revenue. Many hospitals, including Legacy, have established their own provider systems for health insurance, but only a fraction of the provider organizations manage to turn a profit. 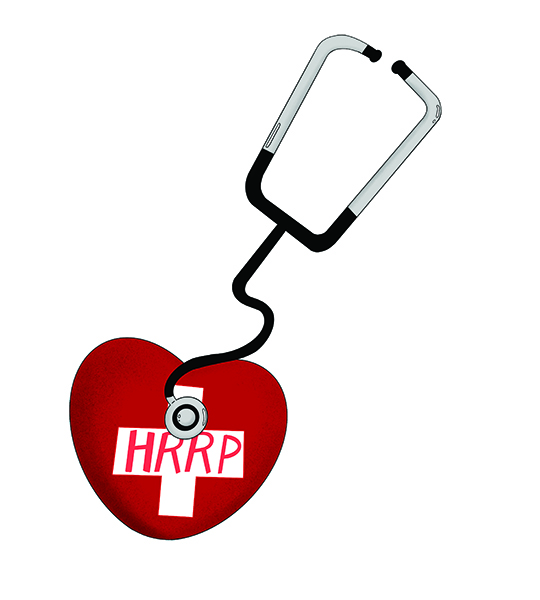 Is there a solution?
Some readmissions are inevitable, but CMS points to research that some hospitals do better than others at preventing readmissions. Research also showed that hospitals that serve more low-income individuals and major teaching hospitals are more likely to incur penalties. Safety-net hospitals, for example, are legally obligated to provide healthcare to individuals regardless of their insurance status and are more likely to admit patients that will suffer from complications after discharge given their socioeconomic status. In response, Congress mandated HRRP calculate readmission penalties that  incorporate a socioeconomic adjustment based on each hospital’s share of inpatients who are dually qualified for Medicare and full Medicaid.

In 2016, Congress passed the 21st Century Cures Act; one provision was to overhaul HRRP so that calculations of readmission penalties compared hospitals that serve similar proportions of patients that are dually eligible for Medicare and Medicaid. Penalties that included the socioeconomic adjustment were applied for the first time in FY 2019.

A study published in JAMA found that the socioeconomic adjustment was associated with a significant shift in hospital penalties for excess readmissions. How penalties shifted varied from state to state according to each state’s Medicaid eligibility cutoffs. For example, penalties on California hospitals were reduced by at least $6.5 million whereas penalties on Florida hospitals increased by $2.5 million.

Written By
Margo Craig
More from Margo Craig
On the bleakest day of February, also known as Valentine’s Day and...
Read More