I don’t know if I enjoy adult-life surprises. But I do enjoy strapping into the rollercoaster of a narrative not knowing how the story will unfold. I enjoy meeting characters, being let down by them, being inspired by them, being terrified by them, and having the way they act surprise me. I enjoy when the circumstances of a story take me somewhere I hadn’t anticipated going. I enjoy not knowing what exactly I’m reading or watching until I’ve finished the book or the movie’s credits are rolling.

Parasite is a thriller from late 2019 by South Korean filmmaker Bong Joon-ho. I had heard it described as a horror movie and only seen very small bits of images about it before going to see it. There were a lot of moments when the movie changed direction and I had to readjust what I thought the movie was about. Perhaps this is because I am not always an active movie watcher: I don’t attempt to think about where the plot will go, I don’t always attempt to decipher what exactly a movie is doing, and maybe it’s actually just because I’m a little bit dumb. Anything is possible.

By not doing much research beforehand, my limited concept of what horror is allowed me to believe the film was much different than the suspense-filled thriller that it was. Perhaps the reason I’m writing about not knowing is because that is one of the themes of the movie itself.

The film centers around two families. The Kim family is poor and job prospects are not going well. They are desperate to find a way to make ends meet when an opportunity comes along for the son to tutor a high school girl in English. It turns out the girl’s family, the Parks, are rich. The Kims hatch a plan so that everyone in the family can have a job working for the Parks.

The movie is about class, desperation and deception, identity and mistaken identity, imposter syndrome, fraud as a means to survive, and revenge. The movie is beautifully and mysteriously shot. I’m glad I went in without any idea what the movie was going to be about, because I was surprised and incredibly pleased. 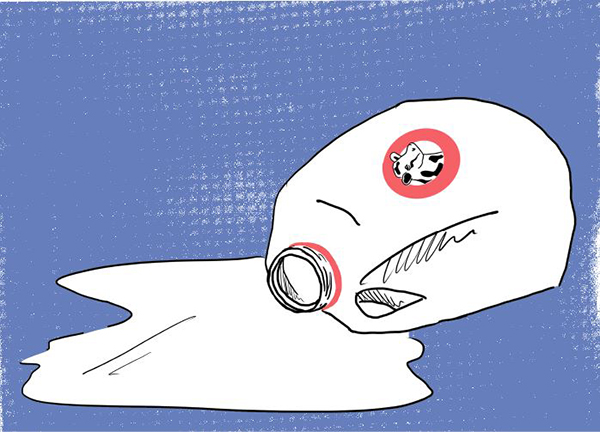 My experience with Korean American Steph Cha’s latest book, Your House Will Pay, was the exact opposite. Before reading it, I had listened to her read a section of the book in the Portland Art Museum as a pop-up reading during the Portland Book Festival where I also saw her on a panel discussing parts of her process and thinking behind some of the fundamental ideas circulating in her brain while writing it.

I actively try to not watch trailers for movies I know I want to see. I tell my partner “No, I don’t want you to tell me what happens in that book you’re reading. In case I read it in 5 years, I don’t want that weird detail from halfway through the book to be a spoiler for me that may inhibit my ability to enjoy the book’s story path.” But despite that side of my personality and strategy to approaching new books or movies I still thoroughly enjoyed Your House Will Pay despite having a ton of background information about the book. None of the things I knew were catastrophic spoilers, but I did have an awful lot of information.

Your House Will Pay is a fictional retelling of the death of Latasha Harlins who was killed as unrest in Los Angeles surrounding the brutal beating of Rodney King by police and simmering tensions between African Americans and Korean Americans in LA was beginning to boil. Harlins was killed by a Korean liquor mart owner’s wife who thought she was shoplifting orange juice. The book fictionalizes that event—Cha’s retelling has the character attempting to buy milk—and the lives of those two families most directly affected by Harlins’s killing in the present-day.

Unlike most of the books I read—authors I already know and like, or recommended by my partner who has great taste in books—I had never heard of Cha before. But listening to Cha read from her book in front of an American flag made of prison uniforms—Stars and Bars by Hank Willis Thomas—and talk about her complicated feelings surrounding the burning and looting of Koreatown by African Americans, Latin Americans, and white people as the police and fire departments largely let it happen and didn’t really help put out the blaze was intense. I was sold based on the way Cha talked about her thoughts about how complicated and messy racism is. I was sold because I knew going in that reading Your House Will Pay would be heavy, it wouldn’t be an easy jaunt. I was sold because the section of the book Cha read in front of that prison-uniform-flag gripped me, and so I figured it was worth giving it a shot. Despite all of the information I had, the book still surprised me. 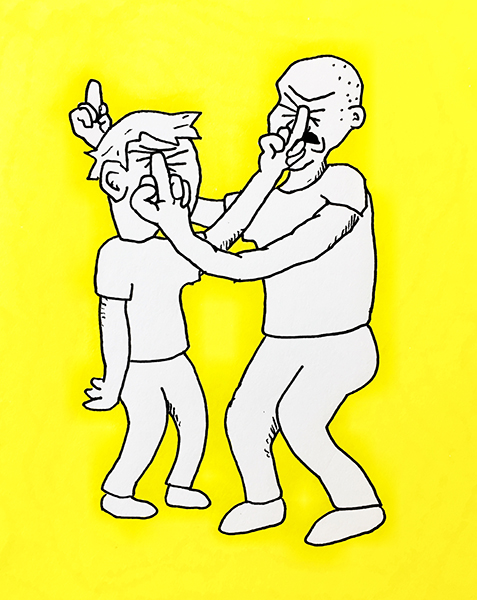 I want to re-read Your House Will Pay. I want to re-watch Parasite. I can’t unspoil how those plots will go; but I still am curious to see what other nuggets I can find as I retake the journey. If rewatching or rereading is acceptable to me, then I don’t know why watching trailers or listening to reviews wouldn’t be okay too.

Sometimes pieces of art really need context in order to be powerful. Mark Bradford’s 150 Portrait Tone probably wouldn’t be as powerful if I didn’t know what it was about before I stood, engulfed by it. It would definitely still be beautiful, but the information about why it is and what it means is critical in taking the piece’s power from monumental to profoundly affecting.

I don’t think it matters whether or not we watch trailers or read reviews. We will never be able to have a different experience than the one we have. Our time is precious and we don’t want to make bad choices as to how we spend our time, but I think the risk of unknowing is worth it and I wish I managed to approach media that way more often. I think there is something so incredible about being taken to places and into situations you had no idea you would be experiencing.

But there is no right way; and getting very minorly spoiled doesn’t take away everything a narrative has to offer. I don’t know that anyone else needs to hear this, but I definitely need to stop worrying and allow myself to enjoy things more, preconceived notions or no. 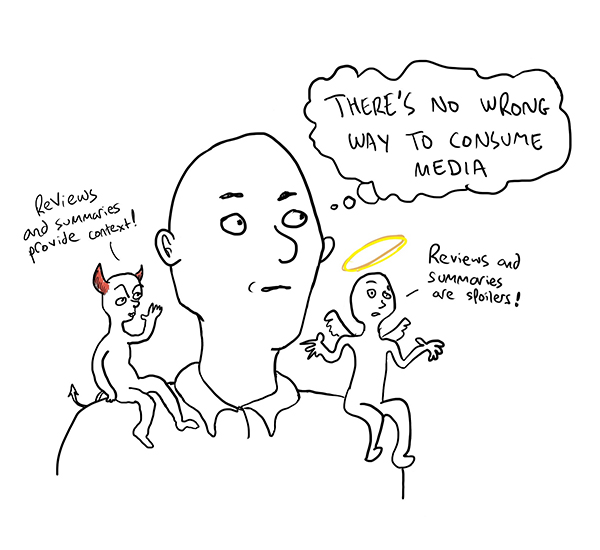