…and we stayed open.

Five gunshots. Two of which entered the man’s head.

What’s strange is that the gravity of this event didn’t really click in my head until a couple of weeks after, when I was in the middle of recounting the story to my brother, standing in the gravel lot outside of my dad’s shop. The absurdity of the situation, as well as the abysmally low business ethics, had somehow eluded me up until then.

What I was left with was a question: why had it taken me two whole weeks to grasp the audacity of someone being murdered outside of my work while we were open and business just continuing on the next day as normal? As if nothing had happened.

Back in my early days of food service, while I was still working for a corporate pizza chain, there was another instance of this money over humanity rhetoric that, perhaps, could explain my delayed response to the more recent event.

In the heat of a Seattle summer, an ever extending line of customers— mostly tourists—filed into the building like overactive zombies. Families from all over the world there to see the picturesque Space Needle and all waiting for some cheap American pizza. An elderly man waiting in line fainted, either from the heat, from health problems, or from something else altogether.

What happened next was but a spoonful of what I would forever come to expect from these businesses—money hungry and one dimensional as they are. The on duty manager told us to keep serving food while he stood in line next to the fainted man, directing other customers within inches around his body while awaiting the paramedics.

Though I can say in confidence that the entire staff (myself included) stood our ground and refused to continue serving customers around an unconscious person on the floor of our restaurant. This abuse of employee customer relations never really left me.

These types of stories aren’t an uncommon occurrence among service workers, either. Many of my friends and colleagues have either simply accepted this reality as out of their control and continued on dispirited or found themselves too jaded and sought a way out of the industry and into another.

In corporate America, money is first and common decency somewhere down the line.

While one of the employees here did end up quitting in the days following the murder, and another is teetering on the edge, those of us still here hunched our beaten shoulders and trudged onwards (the one teetering ended up quitting during the editing process of this piece). After all, the endless bills won’t pay themselves and most people here don’t have many other options.

Now, when I park my car up the street from work in the morning, I walk past a makeshift memorial of pictures, religious symbols, and flowers, all tacked to the side of a telephone pole just fifty feet from where I fry burgers all day. Sometimes there are people stopped to pay their respects, presumably friends and family; one time there was a child dressed in his Sunday best, reverently looking over the relics left for the deceased, his mother hovering nearby.

What was his relation to the buried man?

What can I say to these mourners? To my family? To you?

How should I feel?

A man was murdered, a life violently halted, and the business didn’t even bat a metaphorical eye. Instead, we marched onwards towards that imperceptible goal of wealth and success, ignoring the casualties in our wake. The almighty American Dollar. Nevermind the trauma of the bartender who had to close up that night after hearing the five gunshots that could have been aimed at any one of us; nevermind the fact that one of the other employee’s friends was murdered a few years back just outside, not too far from the sidewalk memorial; and nevermind the two customers that had been killed in this same establishment only five years prior.

And here I am, grinding away for minimum wage while someone else reaps the profits; stuck within the confines of somebody else’s utopian dreams.

While my delayed response to this brutality is evidence of my history within the industry (and American work culture in general), my newfound feelings do not deviate too far from apathy and demoralization—this is simply how it is. My past decade of restaurant experience only deepens this resolve.

After all, I’m just another cook stuck behind the kitchen of some bar, hoping that my luck doesn’t run out. 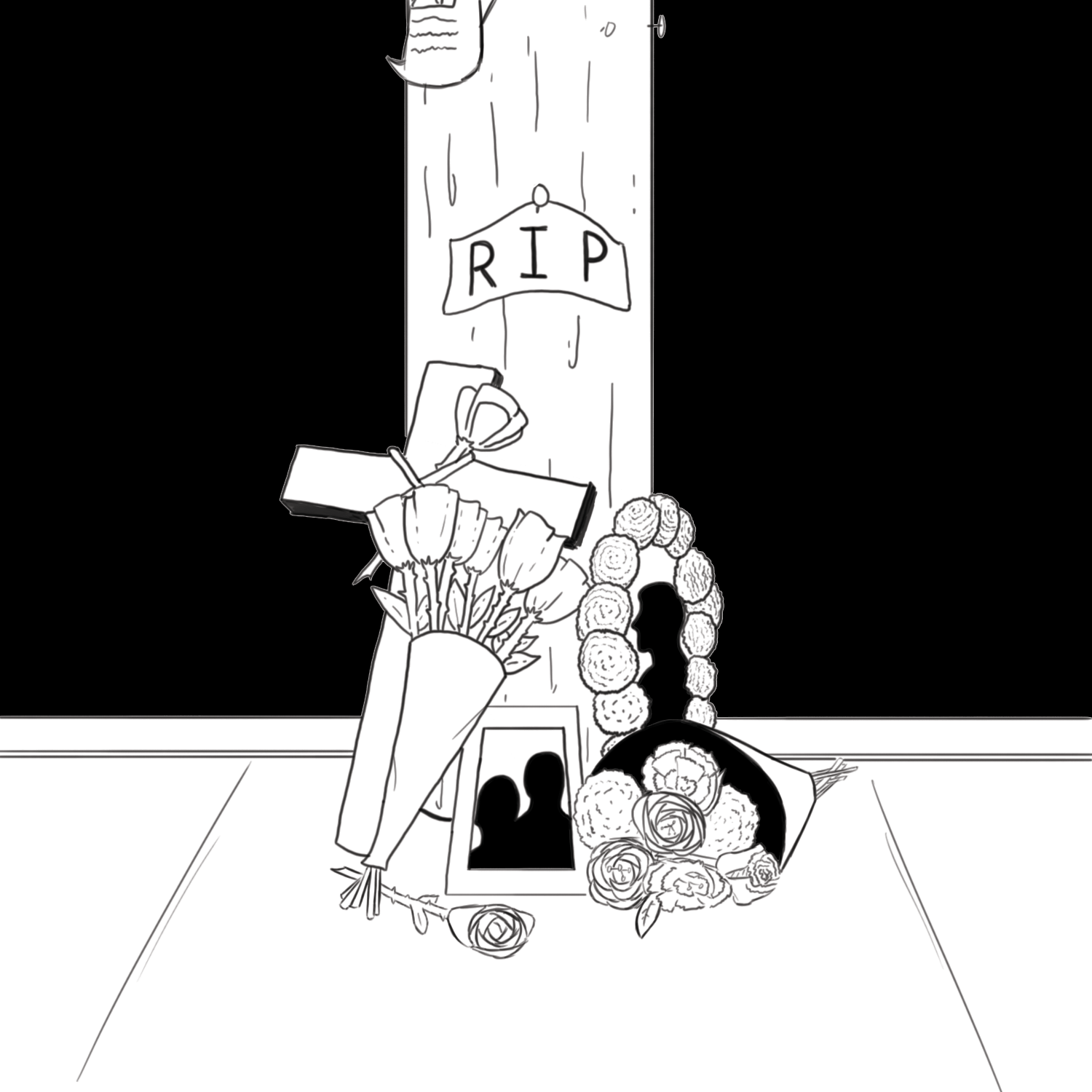 Written By
Dan Chilton
More from Dan Chilton
Stone gray clouds, heavy and threatening, hover above the city as I...
Read More