My parents are working class people.

My father is an auto body mechanic just trying to make ends meet while my mother homeschooled her nine children, took care of the home, and worked side jobs to help pay for the never ending bills. On days when I have time away from school and work, I try to make it over there as much as I can. The conversations with my parents often entail the travesties happening around the city this last year. We often talk of the homeless camps around their area and about how bad it has gotten over the years or how Portland Police Bureau are handling the ongoing civil rights campaigns and poverty crisis.

We talk about what Portland leaders should be doing, and yet are failing to do. Easy solutions that could help fill the thousands of empty apartments and homes around the city if not for the money hungry politicians and corporations that pollute the American political system—super PACs filled with filthy rich bankers, landowners, and mega corporations funding presidential and congressional campaigns in order to play puppet master.

Ted Wheeler is no different.

Last summer was an iconic moment in civil rights advocacy as thousands were seen filling Portland’s streets in protest and solidarity for Black Lives Matter and all of the victims of militant police brutality happening every day. Photos of these protests circulated around the world. Our eyes were collectively opened and we took to the streets in demand of change and accountability from the police and our leaders, but as many marchers fell off after the first few weeks to return to the comfort and relative safety of their homes, police crackdowns began in full against those left still fighting for civil change. Gas grenades filled downtown, spreading toxic chemicals throughout the city, harming men, women, and children in the process, and poisoning Portland’s beautiful environment. Employment of less lethal tactics such as rubber bullets and sonic weaponry left many traumatized and wounded, some even permanently disabled. Incidents of police brutality rates skyrocketed, leaving our city in a seemingly dystopian police state.

In the background of all of this chaos, homeless encampments crowd the city as more and more people are removed from their homes by greedy banks and overzealous landlords during a worldwide pandemic. The subsequent economic depression has resulted in these encampments becoming a common sight around every major corner in Portland.

A mother sits on the side of the road just off the I-84 Hollywood exit; her young child waiting in a stroller nearby, as she asks strangers in cars for pocket change. Our countless military veterans live under I-5 overpasses, their stationary cars seated on pools of black rubber next to their patched-up tents. The city is overflowing with people who can’t afford to rent one of Portland’s countless inaccessible apartments, let alone a house, thanks to the fatal mix of rising rent, low minimum wage, and the worst economic recession since the Great Depression. Lombard, MLK, Fremont, 33rd Ave—the houseless epidemic is at our doorstep, a rising tide of poverty and greedy business practices that has left 1 in every 165 Portlanders homeless with people of color representing 39% of those living on the streets, according to Impact NW.

That is, until the city organizes more police encampment sweeps in order to displace people who have nowhere else to go. 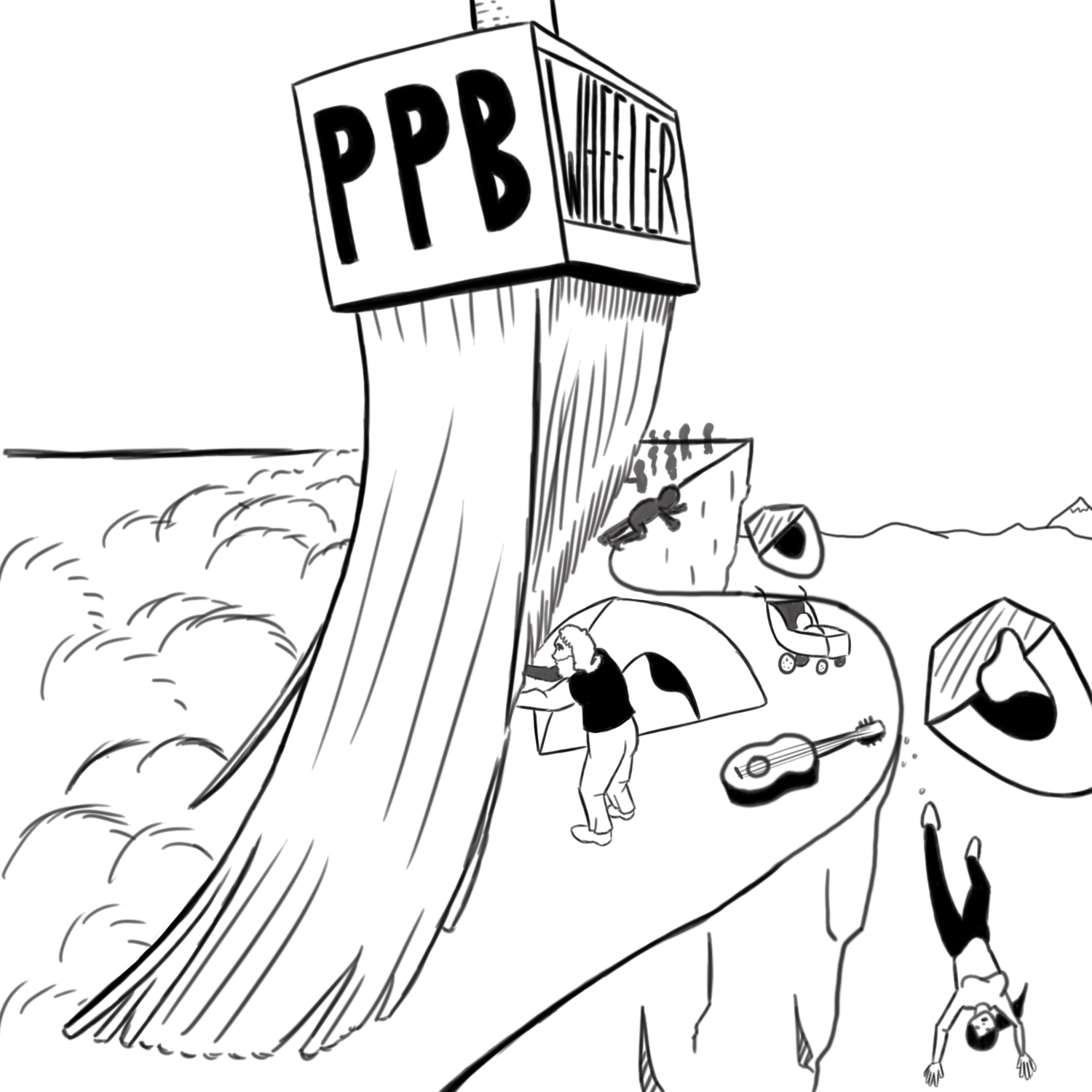 As Joe Biden took the White House in 2020, trading Trump’s brand of neo-nationalism for the Democrats’ fence sitting centrism, Portland’s Mayor’s office was also up for grabs. Despite Ted Wheeler’s apparent disregard for the safety of Portland against the long arm of the Portland Police Bureau as PPB’s Police Commissioner, and a significant write-in campaign for Teresea Raiford (a woman of color and an actual progressive), his massive campaign funding allowed him to remain in office for the next four years. With less than 50% of the popular vote, over half of Portland voters did not want Wheeler to remain in office following his first term.

So what does this mean for Portland and those of us who call it home? How does civil rights advocacy and progressivism fit in this equation?

I grew up in NE Portland. My parents were born and raised here and they subsequently raised their children in these streets. My grandfather on my dad’s side raised his four boys in his house along the North side of the Willamette, just in view of the St. Johns bridge while my mother was raised in the same neighborhood. I don’t know how far back my family goes in Portland, but my nephews and nieces are at least 4th generation Portlanders. This is my home. Our home.

What baffles me is the disconnect my family has between Portland’s leaders and our generations of life here. We, along with nearly everyone within our expansive familial web, are working class. Many of us live in apartments, paycheck to paycheck. Many of us, myself included, are on the edge of poverty—life on the streets is really not that far off.

Regardless, we’re also very lucky to have a giant support network. I’ve seen many of my siblings move in and out of my parents’ house over the years due to economic inability, low paying jobs,

and the burden of raising their own children. While we do suffer from economic exploitation, we at least do not suffer from systemic racism, something that nearly 78% of Portland has the privilege of avoiding (though, as the civil advocacy has shown, avoiding does not mean ignoring).

I say all of this in order to state the following in confidence: this is my city, my home, and Ted Wheeler does not represent me.

Portland operates on a mayor/council type government body made up of six elected officials. These six people (the mayor, four commissioners, and the auditor) meet on a weekly basis to handle the city budget, laws, policies, and regulations. Further, they serve as an administrative body which oversees city bureaus (such as the Portland Police Bureau) and determine their assignments, giving special powers to the mayoral position. Wheeler has had power over PPB actions from the beginning.

In 2020, the year of his re-election, Wheeler was estimated at a net worth of 1.5-2 million. He has degrees from Stanford, Columbia, and Harvard, and was born into wealth as an heir to the historic Oregon lumber industry. He’s worked for Bank of America as well as Copper Mountain Trust prior to his political career as Portland’s Mayor.

With the average household income in Portland a bit over $78k (and that number being significantly lower outside of the city), it’s difficult to even speculate that Wheeler can even relate to what the rest of us have experienced in this last year of economic hardship and pandemic induced poverty. As the American political system has come more expressly under fire in recent years, with heavy criticism around separation of state and corporate funding, we do not need another political leader who is economically distanced from the rest of us.

With the tide of poverty resulting in wider homelessness, Wheeler has reportedly backed a couple of state programs with the goal of easing the crisis (including Portland Street Response—a non-police program to help with homeless outreach). Contrary to this program and his other PR stunts, he has also backed the forced removal of homeless people from places like Laurelhurst Park, where people’s belongings have routinely been taken and discarded. As police commissioner, every instance of police brutality resulting in harm against other humans leads back to him.

While new programs funded by the state are a step in the right direction, Wheeler’s actions (and inactions) have been repeatedly damaging to our people and are examples of his economic detachment.

As PPB’s Commissioner, last summer Wheeler allowed—among other aggressions—the repeated use of chemical tear gas against protestors. Chemical weaponry like this was actually banned by the UN in 1993, not to be used in warfare. Yet police all over the nation have continued its use against citizens, peaceful or otherwise. Over 100 days after the initial and repeated deployment, he was finally pressured into banning its use against citizens (though it wouldn’t be the last time it was used). A study on 2,000 protest participants also confirmed the immediate and long term psychological and physical harm done by the gas, including a noticeable trend in gastrointestinal tract issues. Further, there was also a large number of women reporting increased bleeding, cramping, and other abnormal menstrual health issues following their exposure to the gas. 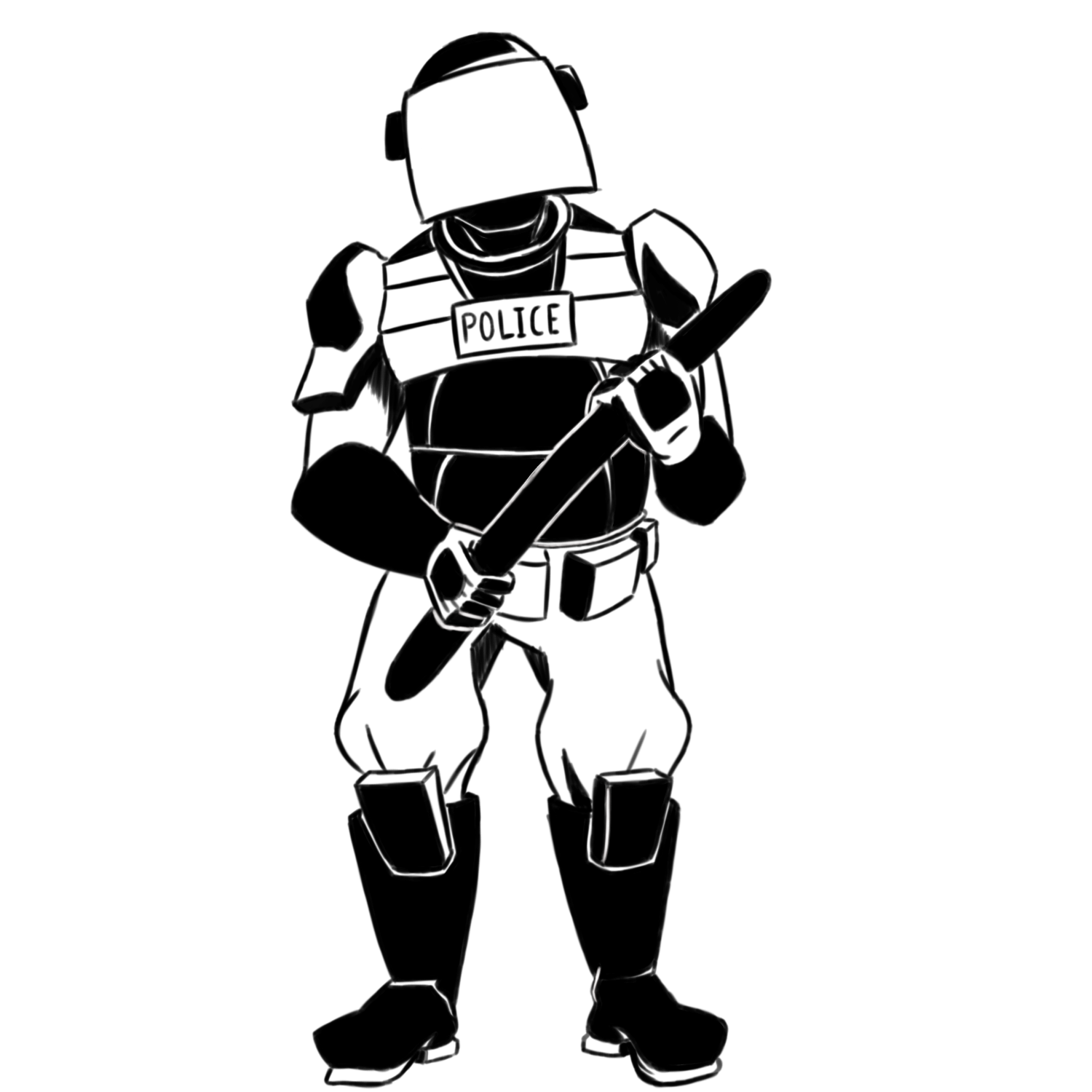 And that’s not all. President of the Oregon Association of Chiefs of Police and former police chief of Portland and Salem, Jim Ferraris, sees chemical weaponry as a mercy. “What if we didn’t have gas? What would our alternatives be? Our alternative is physical force.”

According to people like Ferraris and Wheeler, Portland police dealing with protesters peacefully and without force is not an option.

There is a dark irony in police brutality occurring at protests against police brutality. With weekly peaceful protests such as Justice for Patrick Kimmons, which is still happening in Portland a full year later, Portland has led the way on civil rights advocacy and demanding police reform this last year. And how have Portland’s leaders responded to this? Wheeler thanked us by allowing PPB to brutalize, traumatize, and poison us.

This city—my home—needs leaders that are down on the ground with us during these dark times. We need leaders who understand the economic impacts of regular people. Furthermore, we need leaders who would not allow a never ending spiral of police brutality to disrupt a path for civil change.

In a time when the American political system is rigged by large corporations and wealthy white men, I believe I speak for us all when I say that Portland deserves better.

Written By
Dan Chilton
More from Dan Chilton
…and we stayed open.  Five gunshots. Two of which entered the man’s...
Read More