In today’s interesting era of technology, the average person spends four hours on their phone a day out of the 15 hours the average person is awake. Four hours are spent on social media, news sites, and other media platforms, meaning the average person spends almost a third of their day consuming and processing new information. With this rampant output comes the abundance of fake news that can often be misleading to readers. How do we cope with having a whole world’s worth of information and opinions at our fingertips? Should we be better equipped with skills and tools to better navigate and sift through all the information competing for our attention?

Thriving in this mess of media is the ability of individuals and groups to gain traction for their radical beliefs. This is coupled with the ability for these groups to organize and prey on the ones who do not know how to tell fake news from truth. This is when the lack of media literacy starts to become detrimental to society. In this unique climate where technology has taken over as our main source of connection and information to the rest of the world, it may be time to implement mandatory media literacy education to prevent people from falling victim to the deceptions online.

According to The Atlantic, The Washington Post “publishes an average of 1,200 stories, graphics, and videos per day.” This is a large number, but includes articles produced outside of its organization. The Post’s editorial staff produces roughly 500 stories every day. This massive amount of daily content creation is still a lot but they are just one of many organizations churning out endless content. The New York Times comes in at 230, The Wall Street Journal 240, and Buzzfeed 220. These are just four main media outlets, so it can be hard to fathom how much more is published and advertised on the web on any given day. So much so to where consumer input and other popular media websites will never be able to keep up with the output of the internet, but we can control what information we choose to read, trust, and rely on. Media serves a vital purpose in our world today as it is depended upon to assist us in understanding what is going on and what we choose to think of what is going on. Whether this is directly through news sites, social media, or any other platform, is it absolutely critical that we are able to effectively maneuver through, and think critically about, the copious amounts of opinions and facts thrown at us. 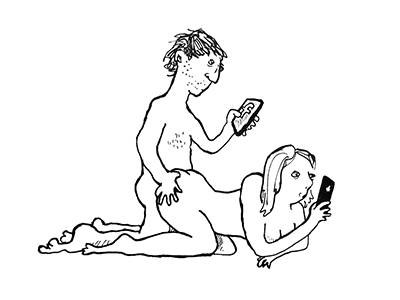 For example, take any given news story and spend a couple extra minutes looking at a few news sites just to see how different the same story can be told twice, three times, fifty times. A story may even be told entirely incorrectly, if from an unreliable source. A story changes based off who is telling it, and it is this discrepancy that makes it necessary as a reader to arm yourself with an education on how to sort through information effectively. Since there is so much information available online, there are few excuses to be uninformed and without an opinion formed from reliable unbiased sources. This is why it could potentially become the norm for all consumers to be educated on how to properly use the internet and media outlets to recognize when information isn’t reliable and how such information is often proliferated.

So what would this look like? Since it can be predicted that the abundance of fake news isn’t going to cease at any moment, it is time to start taking counteractions. There is nothing more limiting of the human mind and personal growth than misleading conceptions about the world and the people in it. Yes, everyone has a right to their own opinions and beliefs but how can we expect to form accurate viewpoints and principals on which we live our lives without gathering the factual truth. The social world can be seen as a swinging pendulum continuously swaying back and forth from one extreme to the next hoping to fall somewhere in the middle, but until then it is most necessary to be able to make decisions for oneself.

How do we identify fake news? A good indication would be if the information and message leans to one extreme or the other as mentioned. In any given situation there are many sides to one story, many viewpoints, angles, and explanations. If anyone is trying to eradicate any given person or belief, it can be assumed that this is an argument fueled by anger and many other human attributes that often get in the way of decision making and reporting. A perfect example would be the 2016 presidential election, where it became a competition of slashing reputations between candidates rather than a race of competing policy reform ideas and plans for the future of the country. This debate divided the country based off personal vendettas rather than political amendments. Or when the story of the Pope went viral in 2016, the article claimed he endorsed Trump for president. This story was entirely fabricated from scratch to draw attention, yet the public took hold and believed it—judging from the 2 million facebook shares.

This is why it should soon be required to educate the public on how to navigate news, mass information, and the internet. Whether this comes in the form of classes, alerts on our devices, or a shift in society’s views on mass media. This could be the pathway to build a new community of free thinkers rather than masses led by an ongoing systematic power struggle between opposing agendas and economic motivations. 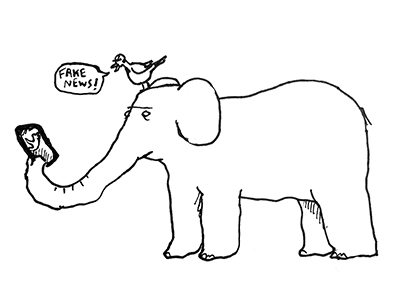 This issue hasn’t gone unnoticed though, new organizations have arose such as NAMLE (National Association for Media Literacy Education) who are currently trying to pass a bill to implement media literacy training. Executive Director of NAMLE, Michelle Lipkin, answered some questions regarding the importance of literacy education. In response to being asked how this education can change society’s perspective of news and the opinions we form she stated, “The purpose of media literacy education is to help individuals of all ages develop the habits of inquiry and skills of expression that they need to be critical thinkers, effective communicators and active citizens in today’s world. Without media literacy skills, individuals will have a difficult time navigating the complicated communication and media ecosystem that exists today. Media literacy skills are essential.” This type of activism is what is necessary to gain awareness from the public of the problem.

There has never been a time where it is more important to be informed, active, and aware of the world and the events happening because of the proliferation of the news on the internet. Sitting behind screens and letting life pass us by without questioning is how we let our individuality die and succumb to the ones in power. Media is both a blessing and a curse and moving forward we as citizens should use it as a sword in our call to action to take back control of the discourse.

Written By
Zoë Sandvigen
More from Zoë Sandvigen
Sex is one of the pinnacle points of human existence.  Maybe because...
Read More