On May 20, 2016 The Pacific Sentinel sat down with the newly elected ASPSU slate, Unite PSU. What follows is our exclusive interview with ASPSU President-elect Liela Forbes; Vice-President-elect Kaitlyn Verret; and Senator-elect Kaitlin Hoback. 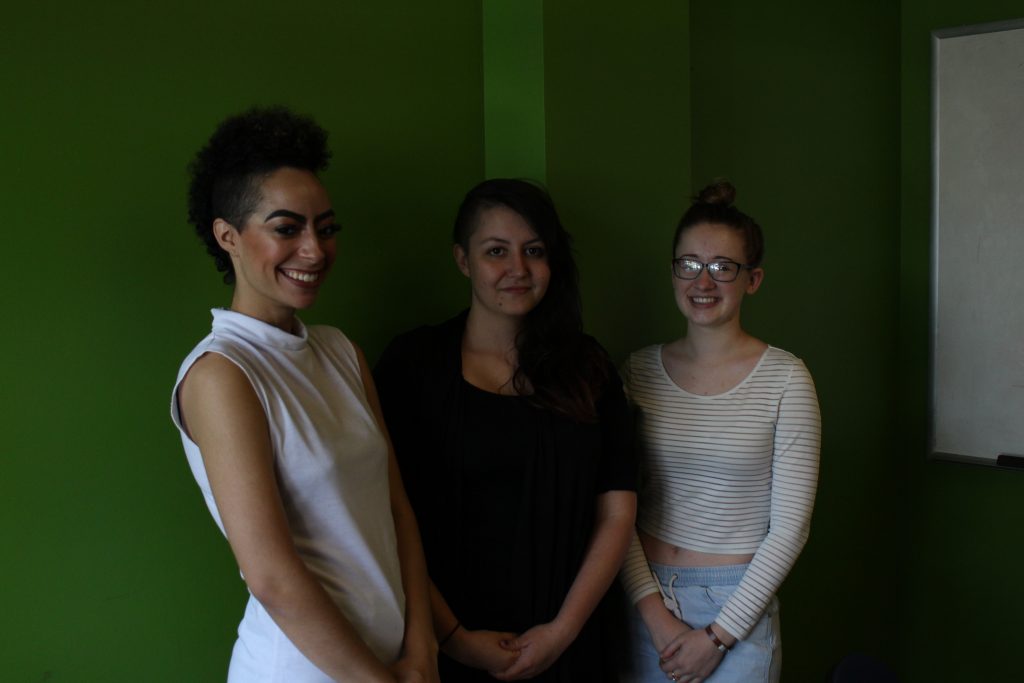 The Pacific Sentinel: In a recent conference with Student Media, PSU President Wim Wiewel stated that the 2015-2016 ASPSU President and Vice-President had a “non-existent” relationship with him. Wiewel cited that previous presidencies would meet with him every 4-6 weeks whereas the current executive cabinet had only met with him once or twice. He called the lack of meeting a “mistake” which was “bad for the institution as a whole.” Do you plan on meeting with President Wiewel more frequently?

Forbes: While our focus has always been on serving students and empowering student voices, we definitely see that Wim is an important connection to have when we’re talking about our campus community. We actually already have meetings scheduled with him, and plan to meet with him regularly.

PS: You just came back from a very narrow win, by a margin of only 4 votes, which means that you’re leading and representing what seems to be a very divided student body. How do you plan on dealing with partisanship in the student body?

Forbes: I don’t think [or] consider [PSU] a divided campus, even though we only won by 4 votes. Many of the students voted in the election for other slates for the same things that we’re going to provide for them, which is representation. Regardless of whether or not [students] voted for us, they’re still part of our constituency, and making sure that students on this campus have the best access and most equitable opportunities is a priority for us.

PS: How do you plan to increase that access for students so you represent your constituency fairly?

Forbes: One of the important roles of ASPSU is to help appoint students to campus committees that enact changes on campus, where student input is gathered to implant some of the new policies and things like that. One of the best ways we’re going to be increasing access is by making sure that the people that are appointed to those positions are people who have good connections within the campus community…people that are very thoughtful, and who are great at listening to student concerns…The executive cabinet is concerned students as well as student leaders. So listening to the concerns of students on our campus is something that we’re very familiar with and we’re very comfortable doing.

Hoback: …I’m currently an equal rights advocacy director right now and one of the most important things that I’ve noticed…is just ensuring that you’re having…direct student interactions, and you’re meeting with students and speaking directly for students, not just what you think [they may say]. As much as we’re a diverse group we have an even more diverse campus and we need to be ensuring that we’re representing all [students].

PS: ASPSU just released a resolution urging the disarmament of campus security and the disbanding of any university task force, do you support the resolution as it is worded?

Hoback: Yes, I would say we do.

PS: Could you explain how resolutions affect the student body?

Forbes: Resolutions establish an official position for the governing body of ASPSU. ASPSU as a representative body represents the interests of students and when…the elected voice of students makes a resolution statement in support of something, that carries weight with the administration. For example…the disarmament resolution, will serve as an official document for…the administration or Board of Trustees to be able to say, “okay, so students have collectively organized and said they do oppose the armament of campus security,” and hopefully that means something to them.

PS: What further actions would your slate be willing to take to see this resolution realized on an administrational level?

Forbes: We definitely have a strong connection with students on campus who are affected by this issue, and are part of a broader community that is dedicated to seeing [disarmament] happen. So it’s not just about what we as an administration plan to do, it’s about conversation and dialogue that we’re planning on facilitating to have other leaders emerge to carry out… what might be a monumental, but extremely worthwhile, task.

PS: Section 1.15 of ASPSU’s disarmament resolution states that “other strategies exist which have been shown to generally promote safety,” what are these strategies?

Forbes: In reference to the resolution, the strategies that are being referenced are ones that were outlined as alternatives to the Board of Trustees. Those included closed-circuit TV

…at the exits of every building on campus. We had students tell us they were either assaulted, or they had items stolen, and an armed police officer can’t actually do anything about that, but a camera watching maybe some other community member or a student who’s violating those codes…a camera can catch that. A gun can’t. Also firearms are not the end-all-be-all in terms of self-defense or things that a police officer has at their disposal. There’s no reason campus security should have anything lethal. In terms of armament…many campus securities just have…pepper spray, tasers. Even those, I think, are…almost a little drastic considering the environment on campus. We don’t really need to utilize those things in those certain situations which would call for police intervention, we’re very close to Portland Police Bureau’s Central Precinct. They can respond very quickly. Actually, they have responded faster to things on campus than CPSO has.

Hoback: The Conflict Resolution Program is a really valuable place that I think we should be taking lessons from in terms of how to de-escalate potentially violent situations on campus. I think that conflict resolution training is going to be more valuable to our community than arming police officers.

PS: Would you be in favor of an initiative or movement to have conflict resolution training mandatory, similar to the sexual safety module we already have in place?

PS: Will you and/or your slate be attending the Board of Trustees’ open forum meeting being held in May so that Board members can listen to student concerns without any agenda items?

Hoback: We plan on being there.

PS: How would you describe your relationship or interactions with the campus group ‘PSU Students for Trump’?

Forbes: That specific campus group we’ve had some conflict with. We, as individuals, attended a counter-protest to a small gathering that they put together, to show that, as individuals, we stand against the platforms that Trump stands on. We believe that the platforms of xenophobia, Islamophobia, racism, sexism, all of these really gross things that Trump seems to find himself on, and his followers seem to find themselves on, don’t have a place here at Portland State. We like this being an inclusive campus. We like being able to feel safe on campus, and the emergence of this organization called our safety into question and reaffirmed that, in fact, many people are not safe on campus because of these dangerous ideologies. As a result of our activism at that meeting we received death threats, rape threats, contact information leaked, there were people who had private photos of them spread throughout the student body, people had their workplaces contacted, they were harassed. Just as a result of standing up to what we see as bullying.

PS: Do you plan on reaching out to, or trying to initiate some sort of civil discourse with ‘PSU Students for Trump’?

Forbes: Because I had to file a no contact order for my safety against some of the people who… organized PSU Students for Trump I actually cannot reach out to them and they cannot reach out to me. So, no. Not for a lack of wanting to bring them into the community, but for our safety we have to maintain a healthy distance.

Forbes: We’re really excited for this coming year. We’re already planning on building a very strong team and creating a much more inclusive environment in ASPSU that can be carried on in administrations to come.

Written By
Alex Skousen
More from Alex Skousen
It’s not actually film that you’re watching when you go to the...
Read More