Aboriginal women in Canada are being murdered at disproportionately high rates. While aboriginal women make up only three percent of the female population, they account for ten percent of all female homicides in the country, and many of these homicides remain unsolved.

There is one highway, Highway 16, that is so notorious for aboriginal women disappearing on it that locals refer to it as the “Highway of Tears,” in reference to the Trail of Tears. There are even signs along the highway that urge girls not to hitchhike because there is a “killer on the loose.”

As a result of these murders, the Native Women’s Association of Canada (NWAC) started a petition two years ago, which had over 9,000 signatures and was eventually delivered to the Prime Minister at the time, Stephen Harper. In the petition, NWAC cited their documentation of “over 582 occurrences of missing or murdered Aboriginal women and girls.” They also requested deliberate actions for change, which included “holding a National Inquiry into missing and murdered Aboriginal women and girls in Canada” and involving aboriginal women in the “design, decision-making, process, and implementation of this inquiry.” 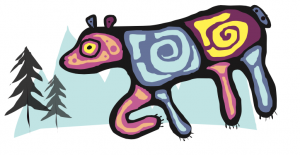 In December 2014, Harper responded to the issue in an interview, saying “… it isn’t really high on our radar, to be honest.” Nine months later, Harper outlined initiatives to confront violence against aboriginal women, which included creating a mission persons index, funding shelters and family violence prevention organizations, and supporting police investigations into the murders. To many, however, this felt like a bandaid solution, a quick fix to coddle activists into thinking Harper was finally listening.

Even after facing heavy criticism for his comments and perceived lack of respect for aboriginal women, in October 2015, his stance remained firm. During a campaign stop, Craig Benjamin, an advocate of aboriginal people’s rights, took issue with Harper’s efforts, claiming “We have to get to the point of understanding the violence is far more pervasive, that it has multiple causes and that it does in fact have deep roots in our society and the relationships between aboriginal and non-aboriginal people.”

Harper then claimed that most of the murders had been solved, and argued that it was “way past the time” to discuss the subject because there had already been “40 examinations.”

Harper was then voted out of office, and the current Prime Minister, Justin Trudeau, assumed his position in November 2015. Trudeau, a liberal in contrast to Harper’s conservatism, immediately met with hundreds of chiefs at the Assembly of First Nations in December 2015 to discuss effective initiatives.

Other than promising to launch an investigation into the missing and murdered aboriginal women, Trudeau also pledged to make significant investments into educational programs, increase funding in general, and repeal policies that are in conflict with aboriginal people’s human rights.

Since this pledge, Trudeau included a significant raise in funding to aboriginal people. The budget includes $8.4 billion to be dispersed over the course of five years. In contrast, the United States allocated $2.9 billion to the Bureau of Indian Affairs in its 2017 fiscal year budget.

This shift in leadership represents a vital time – a time where we can hope that the safety and dignity of aboriginal people is valued and upheld. Nothing can replace the individuals who lost their lives or fix the pain their families still feel, but looking to the future, we can strive toward justice, toward equity, and toward a better future for all.