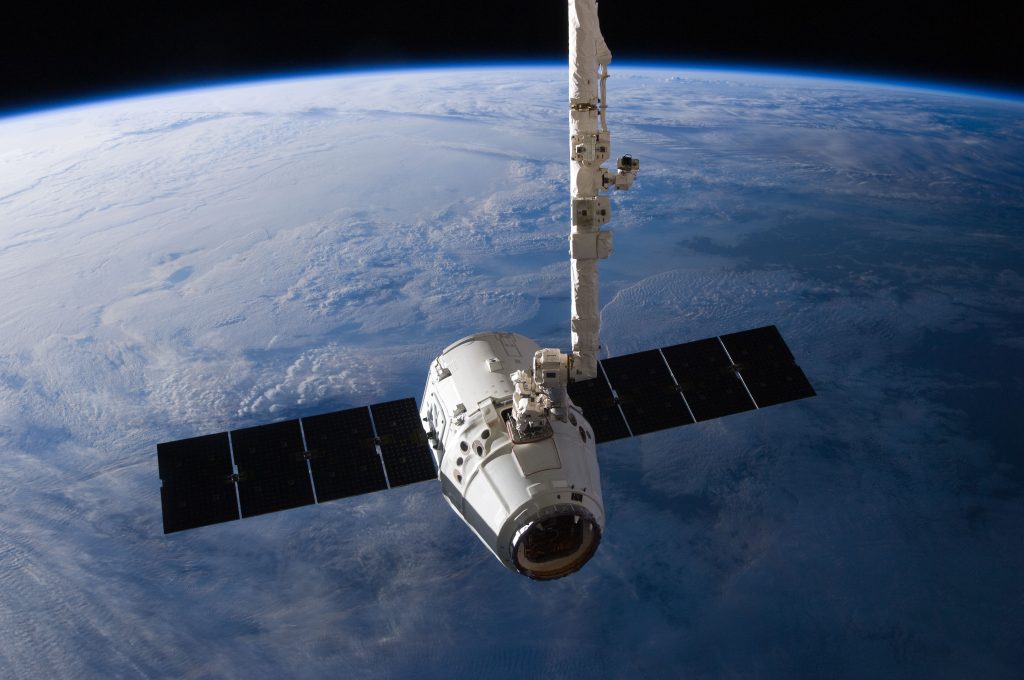 On April 27, 2016, Elon Musk, CEO of SpaceX, announced via Twitter that the corporation would be sending a spacecraft to Mars by 2018.

Working with NASA in a “no funds exchanged” partnership, SpaceX will cover the cost of the mission; NASA will offer crucial technical support in ensuring success.

“This collaboration could provide valuable entry, descent and landing data to NASA for our journey to Mars, while providing support to American industry,” NASA spokesperson Tabatha Thompson said in an interview with TechNewsWorld.

The “Red Dragon”—a variation of SpaceX’s existing Dragon 2 spacecraft—will be tasked with the mission.

“Originally designed to retrieve soil samples from the Mars Rover and bring them back to Earth, Red Dragon’s objective is to collect critical data needed ahead of further, possibly manned, Mars missions,” reports Patrick Lejtenyi in an article for AskMen.

In another tweet following shortly after the announcement, Musk stated that the spacecraft was “…designed to land anywhere in the solar system,” with the Red Dragon’s mission acting as the first test flight.

Suffice to say, the Red Dragon is designed to get places. Making the trip back home, however, is another story altogether.

“…The delta v requirements are substantial,” Mike Jude, program manager at Stratecast/Frost & Sullivan explained when addressing the issue of the voyage home in an interview with TechNewsWorld. “There needs to be a Mars ascent vehicle.”

A sample return mission is currently expected to launch at some point in 2020, though details remain uncertain.

“A potential Red Dragon sample return would launch on a SpaceX Heavy Falcon rocket, descend to the Martian surface using onboard thrusters, grab samples from an existing rover with a robotic arm, and launch those samples back to Earth in a Mars ascent vehicle contained within the capsule,” Popular Mechanics states.

Beyond gathering soil, one of the most pivotal aspects of the Red Dragon’s Mars mission is the gathering of data; more specifically, data that could prove critical in establishing a foundation upon which NASA can go about establishing the first potential human colony on the red planet.

According to NASA, The Red Dragon mission will achieve this largely by “[informing SpaceX’s] overall Mars colonization architecture,” AskMen reports.

One of the technologies SpaceX has incorporated into the design of the Red Dragon—among other spacecraft of their making—that piqued NASA’s interest in the collaborative endeavor in the first place is a little something called supersonic retropropulsion.

“Supersonic retropropulsion offers what appears a simple solution: firing a rocket engine in the direction of travel to slow down,” SpaceNews Magazine reports.

“That becomes complicated, though, when traveling through a thin atmosphere faster than the speed of sound.”

It is believed to be the only current method of successfully landing humans on Mars, but a number of factors—the extensive cost of research being chief among them—largely dissuaded NASA from pursuing a greater understanding of the emergent technology.

“We’re not investing in [supersonic retropropulsion], but we don’t need to if our commercial partners are,” NASA administrator Charles Bolden told the Washington Post in a panel on May 18, SpaceNews Magazine reports. “We’re talking about reducing the cost to the taxpayer.”

Despite the fact that NASA is looking at, potentially, “…its best top-line budget (adjusted for inflation) in six years,” according to Casey Dreier of The Planetary Society, working with a corporation like SpaceX that can afford to more readily afford to take risks makes sense, given the budget cuts and fiscal limitations NASA has consistently endured.

NASA enjoyed the peak of its financial freedom in the fiscal years between the mid to latter half of the 1960s, according to information presented by Dr. David A. Kring of the Center For Lunar Science And Exploration, at which point their budget encompassed roughly 4.5 percent of the federal budget in total. As of 2014, NASA’s budget had dwindled to just shy of 0.5 percent.

Space, it would seem, isn’t the most profitable venture. But with private corporations such as SpaceX picking up the tab, the Red Dragon mission could very well turn the tide in NASA’s favor.
Sources

Richard Adhikari. “SpaceX’s Red Dragon Could Soar Off on Mars Mission in 2018.” TechNewsWorld: All Tech.

Patrick Lejtenyi. “SpaceX Just Shocked Everyone By Announcing A Mission To Mars.” AskMen.