In 2014, Facebook bought Oculus Rift for $2 billion with the idea that virtual reality could turn social networking into a more multidimensional experience. In Mark Zuckerberg’s 2014 announcement statement on Facebook, he stated “Our mission is to make the world more open and connected.” Zuckerberg wants to meld the virtual reality experience from a gaming-based system to a system that can simulate face-to-face interaction, making people feel like they’re really in the place that they are seeing on their screen. Although Facebook bought out Oculus Rift specifically, they are still planning on working with other brands to produce similar products that 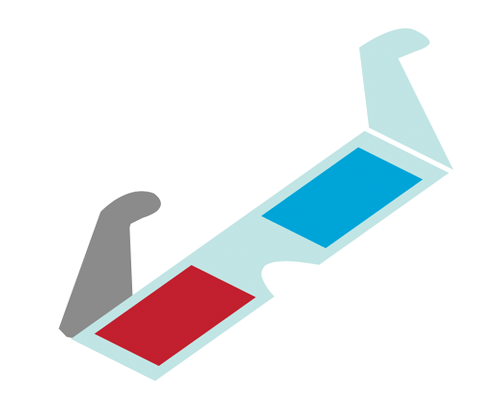 are less expensive in order to reach a wider audience.

“We’re going to make Oculus a platform for many other experiences. Imagine enjoying a courtside seat at a game, studying in a classroom of students and teachers all over the world, or consulting with a doctor face-to-face — just by putting on goggles in your home,” Zuckerberg also declared.

However, many privacy concerns have been raised around Oculus Rift’s system and Terms of Use. Oculus’ privacy policy has users agree to terms that some have found suspicious. It is stated that information will be collected about what apps, games, and other content you use the device for; what type of device you’re using; your IP address; information about your operating system; and sometimes precise location. The system also records your physical movements during your virtual immersion sessions.

Oculus Rift’s software installs a full system permissions process called “OVRServer_x64.exe” that is always on and sends data updates to Facebook’s and other third parties’ servers regularly. Many people are concerned that this will create an even greater risk for identity theft, scammers, spies, or hackers.

Some are even concerned that virtual reality headsets are — or could become — a means of state surveillance. For the full virtual reality experience, Oculus headsets require the ability to track and record your movements, what you’re saying, where you’re facing, what you’re looking at, and how you’re interacting with what’s around you.

Advertisers have also been getting in on the use of virtual reality for their profit. Through speculations that the headset has the ability to record what you have in your home, or the fact that the system traces what you look at during your headset immersion, data is being sent to third party advertisers in order to tailor the content and timing of advertisements for you.

The privacy policy even states “We use the information we collect to send you promotional messages and content and otherwise market to you on and off our Services. We also use this information to measure how users respond to our marketing efforts.”

In early 2016, Dem. Minnesota Senator Al Franken wrote to Oculus Rift’s CEO raising the concerns of whether or not the company shares its information with third parties, as it states in the privacy policy, claiming a breach of privacy. At the time this article was published, Oculus Rift has not yet written back to Franken.

As Zuckerberg stated in his announcement, “One day, we believe this kind of immersive, augmented reality will become a part of daily life for billions of people. Virtual reality was once the dream of science fiction. But the internet was also once a dream, and so were computers and smartphones. The future is coming and we have a chance to build it together. I can’t wait to start working with the whole team at Oculus to bring this future to the world and to unlock new worlds for all of us.”

Mason, W. (2016). Oculus ‘Always On’ Services and Privacy Policy May Be a Cause for Concern. Upload VR. Retrieved from http://uploadvr.com/facebook-oculus-privacy/.