In Islam, the night of Laylat al-Qadr, Arabic for “Night of Power” is considered one of the religion’s holiest nights. Tradition dictates that in one of the last ten nights of Ramadan, Islam’s holy book—the Quran—was revealed in 610 CE. Additionally, Muslims believe that it is also the night in which angels descend to earth with a multitude of tasks, leading to a night of peace, blessings, and divine guidance. It is, therefore, a night that believers spend in prayer and blind devotion.

On the night of the 10th of May, within the walls of the Al-Aqsa mosque, this is just what thousands of Palestinians were doing when they were subject to Israeli attacks. This attack on worshippers has put Palestine and its oppression by Israel back on media headlines around the world. Regrettably, there will likely be no justice. The world will enjoy a few front page pieces and celebrities will use this issue as another way of advertising; soon all this shall pass. The world will forget Palestine again, and move on.

Days before this ongoing incident, a video comprising a Palestinian woman and a Jewish man had gone viral on social media. In the video, the woman is heard telling the settler in English “Jacob, you know that this is not your home.” The man, who appears to speak without respect, and with a heavy tone of authority replied in an American accent, “If I don’t steal your home, someone else will steal it.” We can talk about this incident because someone recorded it. One can only imagine how many such incidents occur and to what degree. According to an article in Al Jazeera, Palestinians in the Sheikh Jarrah neighborhood began protesting against Israeli orders for them to vacate their homes, which Palestinians have described as “a continuation of the ethnic cleansing that began with the Nakba in 1948.”

Although it is not ideal to generalize, it is also very easy to get an understanding of the attitude toward Palestinians. The confirming tone of authority in the man’s voice sends chills down one’s spine. The man’s words not only describe the Israeli occupier’s logic but it also serves as an example of misbehavior of those who support the Israeli colonial policies taking control of Palestinian occupied lands.

Incidents like this are not uncommon between Palestine and Israel. If you look through the news section of many international newspapers, you can often find a small article on a clash between the two, protests and many more. But what took place on the 10th of May, is perhaps the best example of the future of Palestine—absent. The world does not appear to care about Palestinians. Palestine appears to be something that exists in history books, documentaries and the media. It is not a country, nor a state, but a mere policy of politics and advertising. The fact that the people of Palestine have been resisting the Israeli occupation for years, despite losing their lives in the process is perhaps what will make them historic.

Why should Israel’s attack on the 10th of May matter to people? It showed the world what an absence of human rights looks like. It showed the world that ethnic cleansing can be legal and that a state can get away with killing innocent people, regardless of the reason. In the website of the United Nations, the section titled Question of Palestine contains a statement which reads, “to enable Palestinian people to exercise their inalienable rights, including the right to self-determination without external interference, the right to national independence and sovereignty, and the right to return to their homes and property from which they have been displaced.” Sadly, statements like this come off as fiction in reality. At least 205 Palestinians were injured in Friday’s incident, and it quickly drew international disapproval and calls for peace, but these are just words now. We never see the United Nations actually interfering, or sending peacekeeping troops like they do in many African nations. We never see any of Palestine’s allies actually do anything. Palestine has sadly seen its group of allies appear to stand with Palestinians, only to move on and leave it behind.

The problem here is not religion. It is not about Jews, Christians or Muslims. It is always about what Palestine does, and how it reacts to anything provoked by Israel. Anything instigated by Israel is met with protests from Palestinians. These exchanges – for lack of a better word, are anything but fair. When it comes to retaliation, Israel has many toys and gadgets. To get a better idea of this, an article from 2004 by CGTN talks about how Israel gets most of its weapons from the U.S. This relationship between Israel and defense equipment from the United States goes back to the 1940s. The United States has given more foreign aid to Israel than any other country in the world. This year, about $3.1 billion—plus an additional $504 million—was given in aid to Israel’s missile defense, including the Iron Dome system the country uses to knock down Hamas rockets. 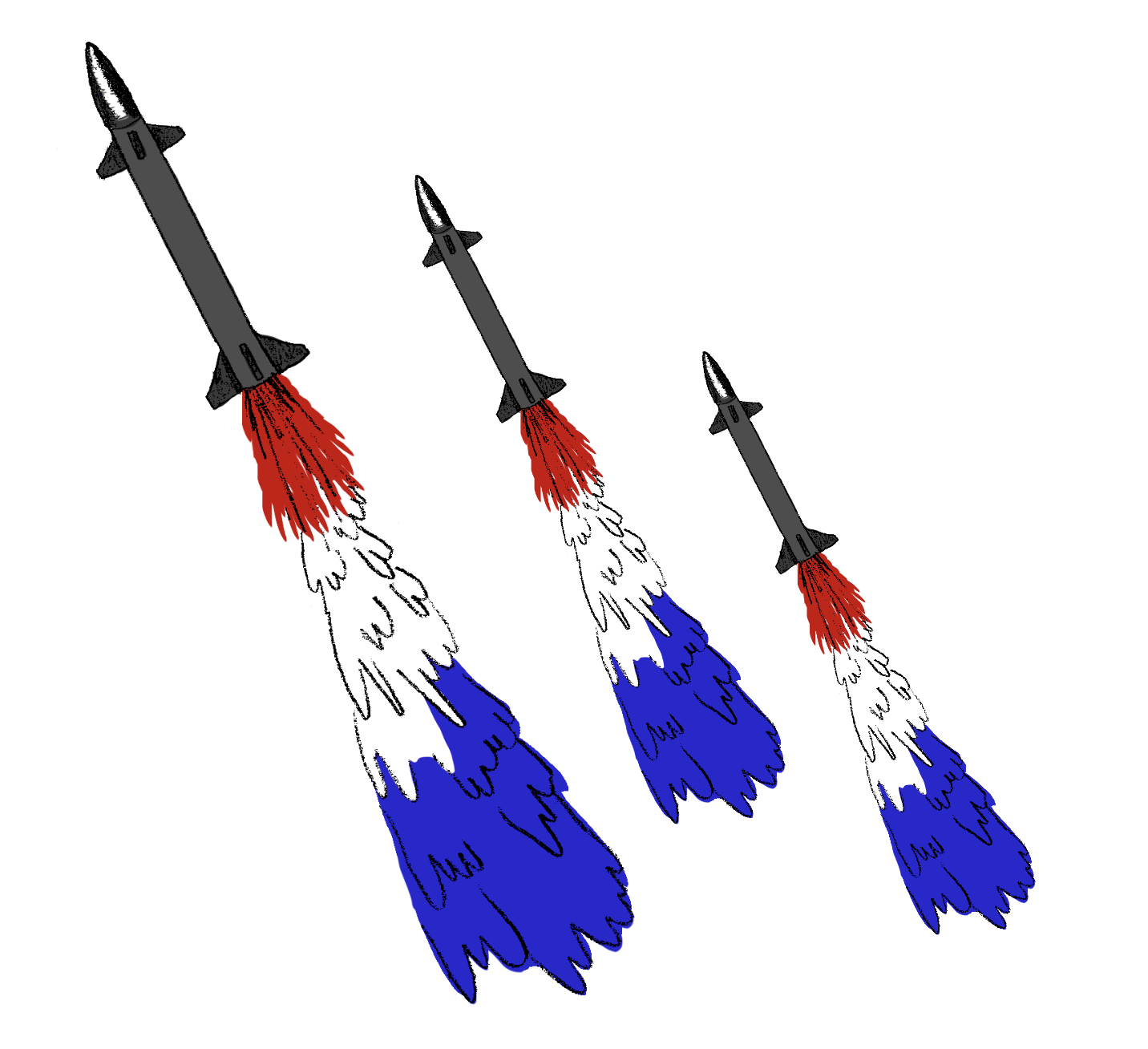 An interview with the Palestine Liberation Organisation’s Ambassador to the UK, Husam Zomlot, by BBC Newsnight presenter Emily Maitlis provides another example of how Palestine gets a different representation. In the interview, Zomlot accuses her of “double standards” when discussing Israel and Palestine. Zomlot states, “This isn’t about Hamas, this is about Israel. Israel provokes, Israel commits every crime you can imagine, Israel injures more than 300 worshippers—peaceful worshippers—this morning in Al-Aqsa Mosque,” and as the conversation continued, Zomlot further asked: “Who should be condemned, Emily? Did you see the images of the nine children being dissipated in Gaza tonight? Who should be condemned?” In the video, you can see Zomlot’s facial expression of hopelessness as he says, “And then the UK Foreign Secretary is quick to condemn Hamas and never to condemn the Israeli atrocities on a daily basis,” to which I would like to add that nobody cares anymore.

Palestine is vanishing, literally from the map of the world. It now exists in the work of YouTubers who make songs about its sorrows. It exists in comment threads on social media. It has become a hashtag, a reference, a trend. Posting on social media, with the hashtag Free Palestine is all that is relevant in reality. I believe that with time, Palestine will become nothing more than a small chapter in a Middle Eastern history book, written by the victors. It is a sad definition and example of justice. The attack on innocent worshippers is a letter to the world, one that shall soon be forgotten. As for the people of Palestine, human rights are nothing but an illusion to them. There remains a lack of expression when it comes to conceptualizing what Palestinians go through. Perhaps a statement that provides some form of closure would be one that was left behind by a Syrian child who passed away. Before his death, the child uttered his last words to the doctor, “I am gonna tell God everything.”