General Smedley Butler was not the sort of swaggering American hero we like to make movies about. Born in 1881, he joined the Marine Corps as a teenager and carried himself with distinction in the war against Spain. 30 years after the trauma of the Civil War, the swift and decisive American victory was a chance for a new generation to make their names. The young Butler proved himself alongside the likes of Teddy Roosevelt and George Dewey.

For the next 20 years, he was sent around the world, serving in colonial occupations that American newspapers propagandized as humanitarian missions of civilization.

Butler’s reputation was such that when a small group of businessmen discussed a right wing coup to stop the New Deal, Butler was the man they approached to lead it. His commitment to this country was such that he brought them to public exposure.

Regrettably, today Smedley Butler is not remembered as an iconic American war hero, nor is his presence seen in any pop culture media. Instead, his legacy remains in a small pamphlet he wrote in 1932. It was in the midst of the Great Depression that we saw a different Butler, turning against a system he had dedicated more than 30 years of his life to, Butler publicly spoke out and wrote against war.

“War is a Racket” is a short pamphlet that you can find online for only a few dollars. Regardless, it is perhaps one of the most remarkable confessions ever put to paper by a civil servant of the American state.

“A racket,” Butler says, “is best described, I believe, as something that is not what it seems to the majority of the people. Only a small ‘inside’ group knows what it is about. It is conducted for the benefit of the very few, at the expense of the very many.”

“I was a racketeer,” Butler confesses of his service. “A gangster for capitalism.”

Butler asks outright “what does [war] profit anyone except the very few to whom war means huge profits?” He argues that the years of service he spent in the American military had only served to enrich millionaires while impoverishing ordinary people. He concludes, emphatically, by saying “To hell with war!”

This September, America is officially ending another war, the war in Afghanistan, and it has without a shadow of doubt been another racket.

The same week as Biden’s announcement to withdraw troops, it came out that a nepotistic deal in Afghanistan had helped put mining contracts for an estimated trillion dollars of resources in the hands of American defense contractors with close ties to disgraced General David Petraeus.

In 2019, The Washington Post leaked explosive documents revealing the government knowingly lied about a war that was quickly becoming unwinnable.

But what has been gained? Has Afghanistan proved to be successful? What were the taxpayers’ dollars used for? Osama Bin Laden is dead, but the world could hardly be considered safer.

The war however, has been successful in one thing: it made a select group of people rich. Military contractors in Afghanistan, American arms manufacturers, drug cartels and fraudsters can boast millions to their names from the war.

Domestically, civil liberties have been stripped away. In the days leading up to the War on Terror, the battle slogan was “they hate us for our freedoms.” But in the name of the War on Terror, those freedoms have been eroded. Journalists have faced arrest for reporting. Chelsea Manning was jailed for exposing American crimes and then subjected to what many described as tantamount to torture. The NSA spied on people without warrants, and violated the first amendment. We tortured people and created an unspeakable prison of human rights violations. 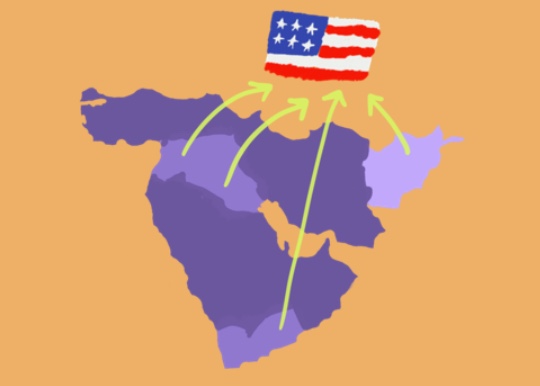 Regardless, even the awful human and psychological toll cannot measure the whole scale of this crime. War not only takes, but robs us of what could have been. In his final address as President, Dwight Eisenhower warned against the growing power of the military industrial complex, saying “Every gun that is made, every warship launched, every rocket fired signifies, in the final sense, a theft from those who hunger and are not fed, those who are cold and are not clothed.“

In the final passage of War is a Racket, Smedley Butler says “If we put [scientists] to work making poison gas and more and more fiendish mechanical and explosive instruments of destruction, they will have no time for the constructive job of building greater prosperity for all peoples.”

This past year, we have seen the awful truth of that statement. The trillions of dollars spent on defense spending failed to protect us when a virus overwhelmed our healthcare system. It failed to provide for us when the global supply chain was rocked by lockdowns. When Americans were buried in mass graves this summer, the surplus of defense equipment did not help. When they were shot and tear gassed in the street, kidnapped and dragged into unmarked vans, it wasn’t by an invading army but by our own militarized police. When armed mobs tried to overturn our democracy, they were not flying the banners of another country, but that of our own.

The question remains: who, then, is the enemy? Every year, starvation and homelessness kill more Americans than even the worst terrorist attacks.

Some will argue that this ambition is a utopian fantasy. But the last 20 years have shown us the truth. These wars don’t make us safe. They don’t advance democracy. They don’t improve the world.

So if you love your soldiers, and if you live in our country, if you give a damn about the people of the Middle East, if you care at all about a safe and prosperous future for anyone in this world, there’s only one thing to do: end the wars, and bring our soldiers home. Not just from Afghanistan, but from Syria, Iraq and Yemen.

It is our instinct to trust our government and military, and to believe them when they say that they are fighting for people at home and overseas. But the war in Afghanistan needs no interpretations or analyses. It tells us what we already know: these wars are all the same. They are nothing but rackets.

Written By
Wallace Milner
More from Wallace Milner
illustrations by Bailey Granquist When the sun rose in January 1920, it...
Read More