Joe Biden is the Democratic nominee for president in 2020. That’s a fact we all have to live with. When we all fill out our ballots this November, either in a voting booth or in the comfort of our homes, two names will be on that piece of paper: Donald Trump and Joe Biden.

I’ll be honest—this is a depressing choice. This election feels like the trolley problem, where we have to choose to run over one person or five. Obviously one choice is better than the other, but are either of them good?

Let me start by saying: Joe Biden is a much better candidate than Donald Trump. Politico ranked all the Democratic primary candidates on the issues in March, and there are some areas where he’s genuinely progressive. He supports eliminating mandatory minimum sentences for nonviolent drug offenses, abolishing the death penalty, eliminating private prisons, and raising the minimum wage to $15/hr. I cannot emphasize enough: Donald Trump would be orders of magnitude worse on all of these issues, and his future appointees to the Supreme Court and lower federal courts would immeasurably damage the progressive movement for generations.

But this article isn’t about praising Biden for the few issues where he’s mainly fallen in line with the Democratic Party at large. In countless other areas, Biden has fallen behind even the median Democratic position, erring conservative in a party increasingly driven by the progressive youth movement. This is where I take issue with the mantra of “vote blue no matter who.” Where do we draw the line? How conservative is too conservative?

Is there a single issue, or an approach to governance, or a character deficit, or a past vote that you would consider to be disqualifying for a Democratic presidential nominee? A commitment to preserving the for-profit healthcare system, perhaps? Waffling on the right to choose? A yes vote for the Iraq War? Would you decline, maybe, to vote for a candidate who had accepted corporate money to fund their campaign? Or one who had been credibly accused of sexual assault?

Assuming politics is a battle of ideas—of policies and principles we believe are best for the country—it is entirely reasonable to require some degree of policy commitment from a candidate in exchange for giving them your vote. For example, I can’t say I would ever vote for a candidate who supported stop-and-frisk policing. Michael Bloomberg, who ran for the Democratic nomination this year, faced strong criticism for his support of the policy after giving an apology many saw as insincere. At the first debate he appeared in, Elizabeth Warren famously described him as “a billionaire who calls women ‘fat broads’ and ‘horse-faced lesbians,’” a deliberate comparison to Donald Trump. “And no, I’m not talking about Donald Trump, I’m talking about Mayor Bloomberg,” she clarified.

That exchange underscores why litmus tests are good, and needed. If a “blue no matter who” voter would even vote for Michael Bloomberg, under the sole justification of kicking Trump out of office, they have no policy principles. If they would vote for a New York billionaire who supported discriminatory policies against people of color and the working class, they do not care about the candidate. They only care about their team winning the election. 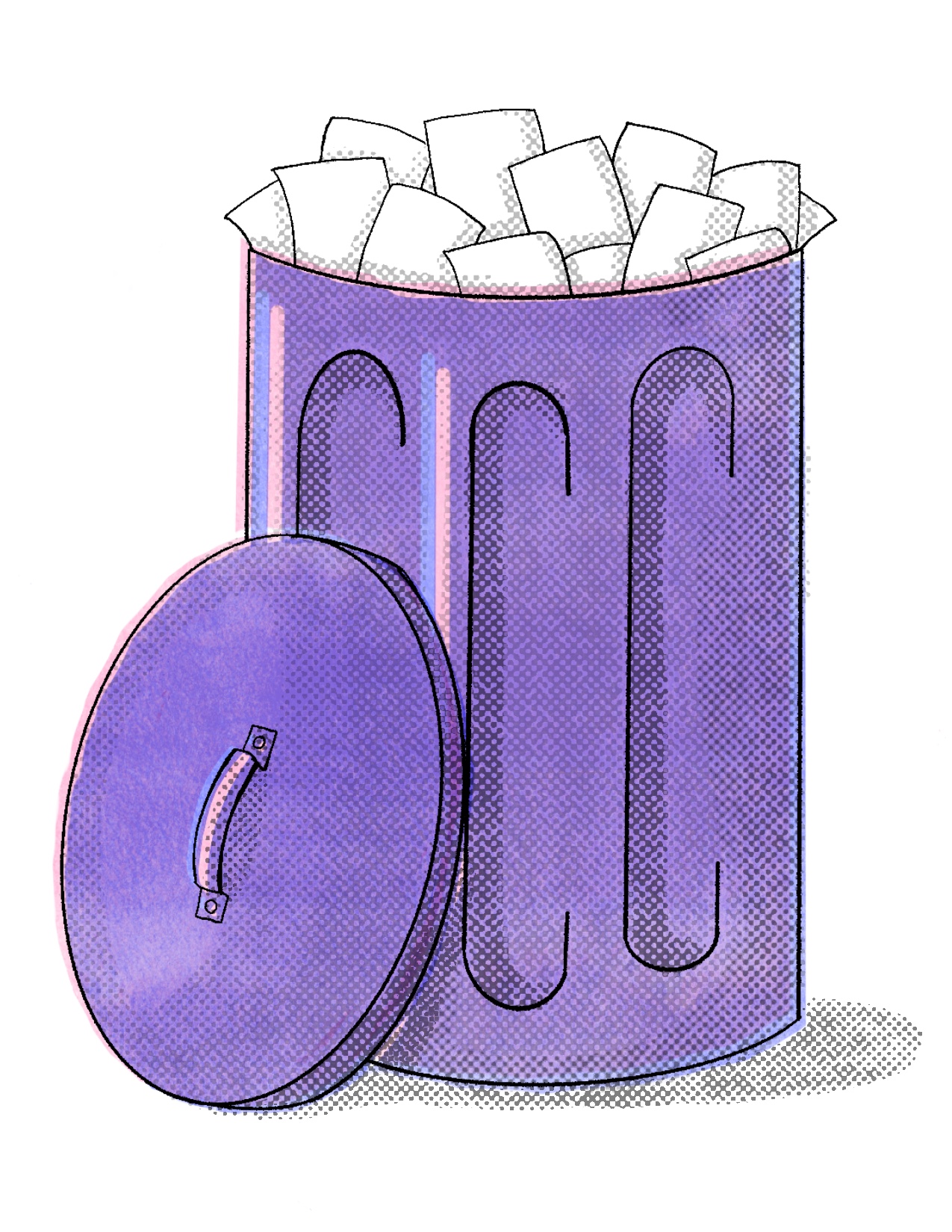 If Democrats are to hold themselves to a higher standard, they must stand for at least some unshakable principles. I think most Democrats would agree that the party’s nominee must unequivocally support a woman’s right to choose. In 2020, a clear affirmation of Roe v. Wade is the bare minimum for a national Democratic candidate.

But there are also different wings of the party, with different policy preferences. Kamala Harris, the current vice presidential nominee, wrote in July 2019 about the current American healthcare system, “The next Democratic president needs a clear, transformative, and achievable vision of how we finally change this broken system for good.” She supported a version of Medicare for All, saying, “In America, health care should be a right, not a privilege only for those who can afford it. It’s why we need Medicare for All.” She also cited a study from the National Bureau of Economic Research that found 15,000 Americans died between 2014 and 2017 because their states did not expand Medicaid. To Kamala Harris, the stakes for universal healthcare are clearly life and death.

Except it’s not quite that simple. When Harris first signed on to Bernie Sanders’ Medicare for All bill in 2017, she called it the “right thing to do,” echoing a moral refrain in support of universal healthcare. But when she joined the Democratic primary, her position became unclear as she backtracked from government-run insurance, ending up with a middle-road plan that left a bad taste in many voters’ mouths that made them question what she believed in the first place.

Harris now serves as Joe Biden’s running mate, and Biden is clearly and loudly opposed to Medicare for All. To give him credit, Biden has formed a “Biden-Sanders Unity Task Force,” and the model platform they released has some progressive policy concessions, like free pre-K for 3 to 4-year-old children. But in many ways, it just looks like Biden’s platform.

While some writers have argued that Biden has moved left since the primaries, many of his policies are still woefully inadequate to the moment we live in. The platform states that “…as Democrats, we recognize that health care is a right,” but in the same breath calls for “affordable”  health insurance. As long as healthcare is still for profit, even if it is “affordable,” there will be some people who cannot afford it, or some who have to choose between health insurance and other essentials. The vast majority of voters support Medicare for All. Why doesn’t the Democratic Party platform?

On other issues, Biden also seems to lag behind many Democratic voters. The Unity Task Force calls for “reining in the doctrine of qualified immunity”—not abolishing it outright, which even Libertarian Representative Justin Amash supports—and requiring body cameras and “community policing,” which many reformers claim are inadequate. Biden himself says he supports even more funding for police, not less. Despite two-thirds of Americans—and a majority of Republicans—supporting marijuana legalization, Joe Biden opposes federal legalization. 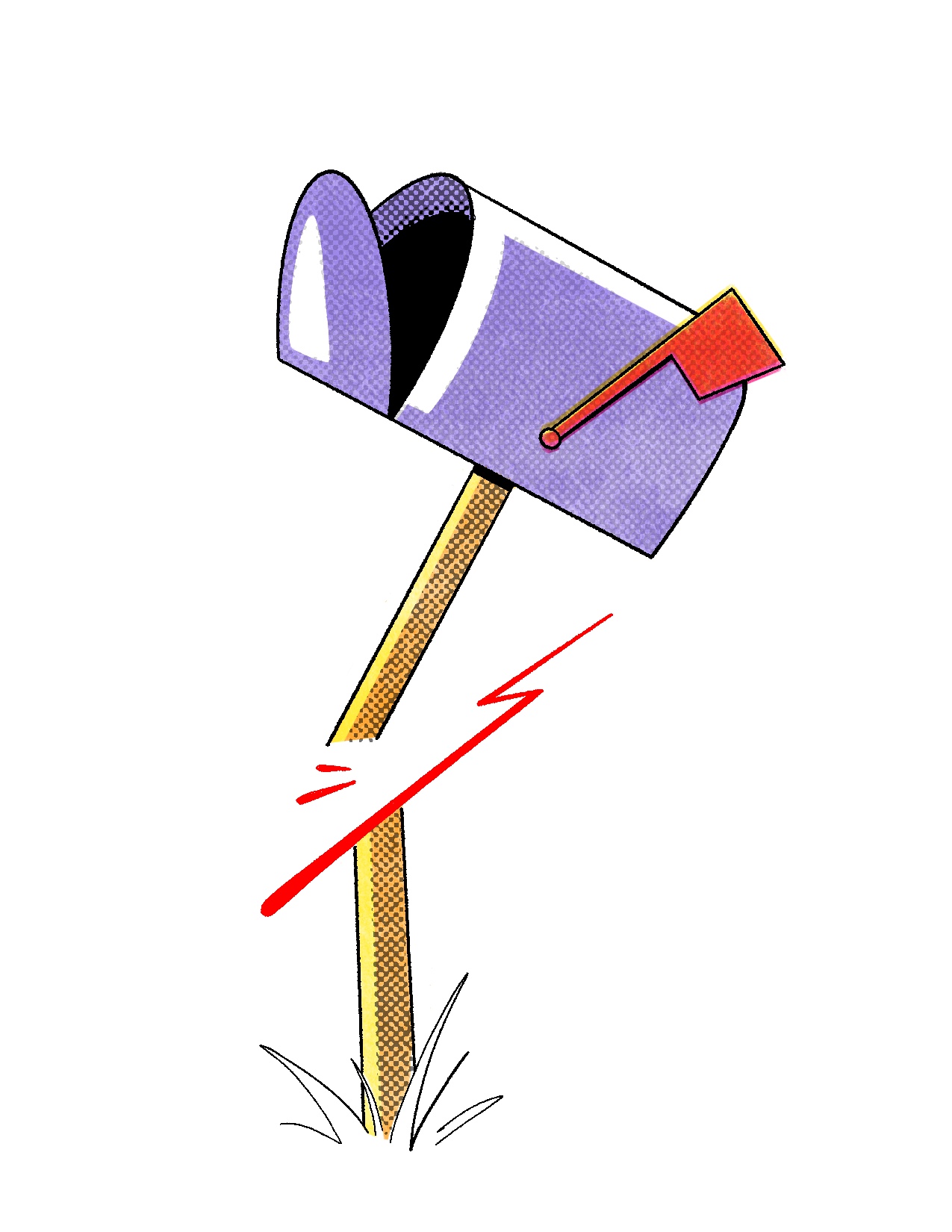 The point I’m trying to make is that Joe Biden, like any other candidate, has his own policy preferences, many of which are baked in. The only way to change those policy commitments is to negotiate, offering something in exchange. For a democratic society like ours, the currency citizens use to influence politicians is their vote. The negotiation goes like this: “If you support X policy(ies), I’ll vote for you.”

“Vote blue no matter who” throws that formula out the window. Proponents of such a vote pledge claim that once Biden gets into office, then we can pressure him. How does that make sense? If you give up your one negotiating tool—your vote—and then ask for concessions, what reason does he have to give them? If Biden knows that nothing he can do would lose your vote, he has free license to support whichever policies he wants. The only bargaining chip a voter has is to threaten to withhold their vote if certain policy goals are not met.

Speaking in a 2006 documentary about Ralph Nader, Democratic political analyst and current MSNBC host Lawrence O’Donnell said, “If you want to pull the party… to the way you’re thinking, you must, you must show them that you’re capable of not voting for them…. If you don’t show them you’re capable of not voting for them, they don’t have to listen to you. I promise you that. I worked within the Democratic Party. I didn’t listen, or have to listen, to anything on the left while I was working in the Democratic Party, because the left had nowhere to go.”

Let me repeat: these kinds of litmus tests are at the core of democracy. Politicians are meant to represent their constituents; clearly, those constituents should expect some degree of policy representation. For people who have struggled to pay medical bills or have gone bankrupt from a hospital visit, Medicare for All might be their litmus test. For communities who have been terrorized by law enforcement for generations, meaningful police reform or defunding might be their litmus test. These demands are reasonable.

Democrats, I assume, would like to portray themselves as better than Donald Trump and the Republican Party. Donald Trump famously claimed “I could stand in the middle of Fifth Avenue and shoot somebody and I wouldn’t lose any voters.” Democrats are better than that, they say. But in the era of Trump, many Democrats would vote for Biden under almost any circumstances. On the podcast Pod Save America, when asked about criticism over Kamala Harris’ prosecutorial record, guest Alyssa Mastromonaco said, “Let’s get on with it, progressives…. Come the fuck on…. Let’s just get elected, and then, like, let’s just go ahead and protest or do whatever you want to do.” This is incredibly dismissive. This argument shoves aside valid criticisms of a candidate’s record in the pursuit of a single electoral goal. Why is the onus on progressive voters to forgive and forget, rather than on the candidate to respond to criticism?

For the final time: Donald Trump is a disgusting, horrible president, and his reelection is an existential threat to the nation. (Just to cover all the bases, the Republican Party at large is just as much a threat to American democracy as Trump himself.) I will do everything I can to get the president out of office, and if/when Joe Biden is elected, I will do everything I can to get a progressive elected in 2024. I’m a harm reduction voter, and I’m fully aware that as a white, straight male, I don’t have as much at stake as many others do.

I understand that this election is unique in many respects. The president has “joked” about serving more than two terms in office, and he has tried to sabotage the post office to suppress mailed voting. This election is likely the most important of our lifetimes—and not the way politicians say every election is. This year is special. But just because the stakes are even higher this year doesn’t mean we should throw away our basic principles.

I cannot abide by a Democratic president who welcomes Republicans who assure us he won’t “turn sharp left,” while only giving the progressive future leaders of the party 60 seconds to speak. All too often, it feels like this so called coalition building takes progressives for granted. There comes a time when the tent is just too big, and I am sure I don’t belong in the same tent as John Kasich. Telling progressives to sit down, shut up, and vote for Joe Biden won’t change that.

Of course, protesting Joe Biden during his term in office is necessary, but it is ridiculous to suggest that any and all policy disagreements should be shoved aside for the sake of the election. Progressives should loudly and proudly broadcast their disagreements with Joe Biden, and force him to concede on certain policy fronts before they give him their vote. Simply accepting the offer as it is would be a betrayal of the spirit of representative democracy. By declaring “vote blue no matter who,” we give up any leverage we may have had. Taking a more principled stance would show us what Joe Biden values: does he care more about sticking to his guns, or winning the election? 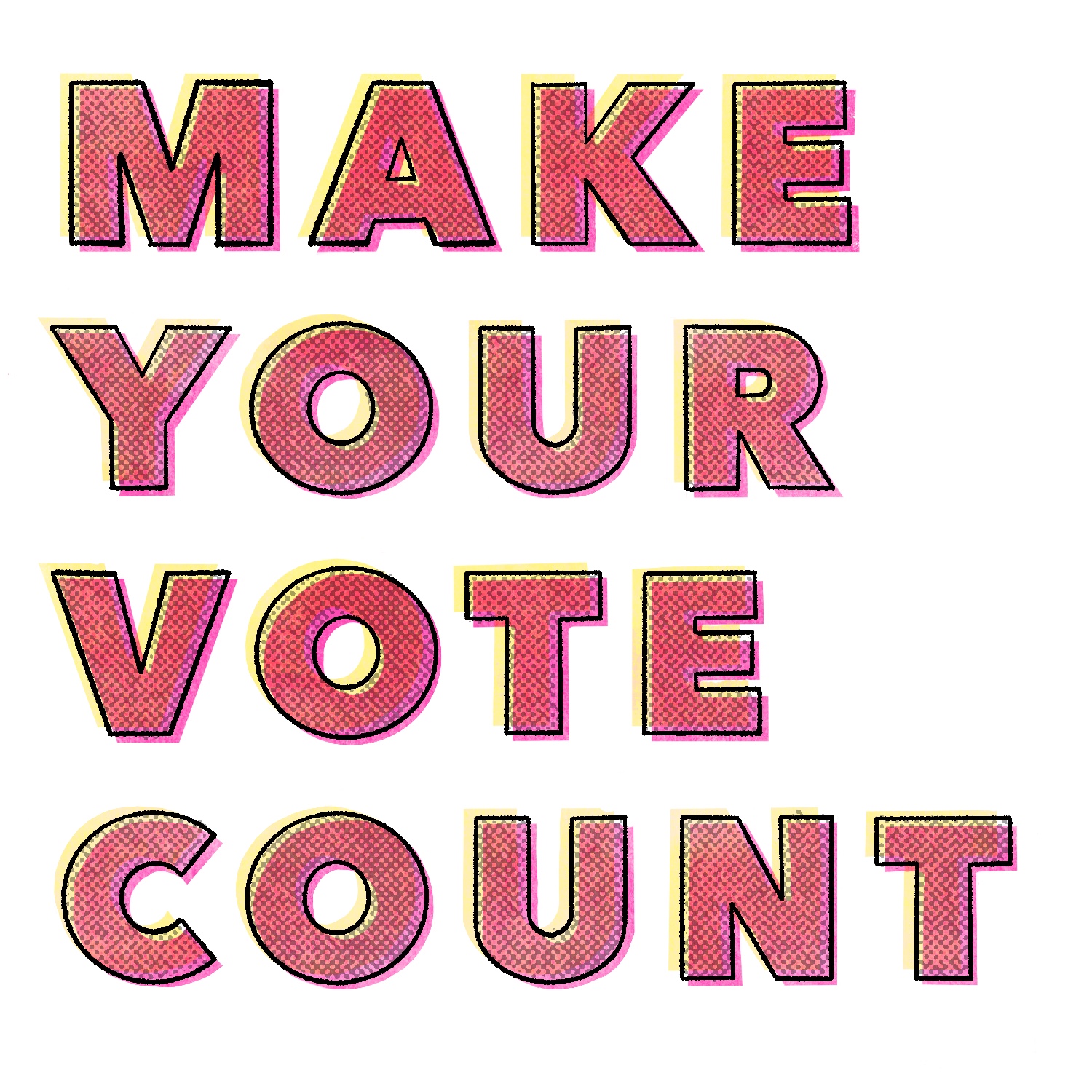 Written By
Nick Gatlin
More from Nick Gatlin
In recent years and months, organized labor has moved to the forefront...
Read More