The world isn’t paying proper attention to the Uyghurs.

As China rewrites history with the ink of genocide, where is the sympathy for the Uyghur Muslims? It is sad that the Uyghurs remain news on television and in the paper with no concrete steps being taken to help them. It is also sad that it takes a teenager on TikTok to remind people that the Uyghurs are being erased from existence.

Who are the Uyghurs? The Uyghurs, or Uighurs, are Turkic-speaking Muslims from Central Asia, the largest population of whom live in the Xinjiang region of north-west China. The Muslim Uyghurs were the dominant ethnic group in Xinjiang when it was brought under the control of Beijing in the 19th century. The Mandarin name of Xinjiang translates to “New Frontier,” a name bestowed upon the region when occupation began. Like Tibet, it remains strictly governed by China.

The relationship between the Uyghurs and Beijing is complicated. The Uyghurs have very deep roots in Xinjiang. Their history with this land can be traced back to the ancient Sogdian traders, as observed by Marco Polo. Ishaan Tharoor, a reporter for Time writes, “A walk through the bazaars of old Uighur centers such as Kashgar, Khotan or Yarkhand reveals the physical legacy of a people rooted along the first trans-continental trade route: an astonishing array of hazel and even blue eyes, with blonde or brown or black hair—typically tucked beneath headscarves or the customary Uighur felt cap.” In 1933, during the civil wars of China, the Uyghur leaders declared a short-lived independent Republic of East Turkestan, an attempt to break away from Chinese control. Xinjiang is an oil rich territory, making the occupation one rooted in economic gain. 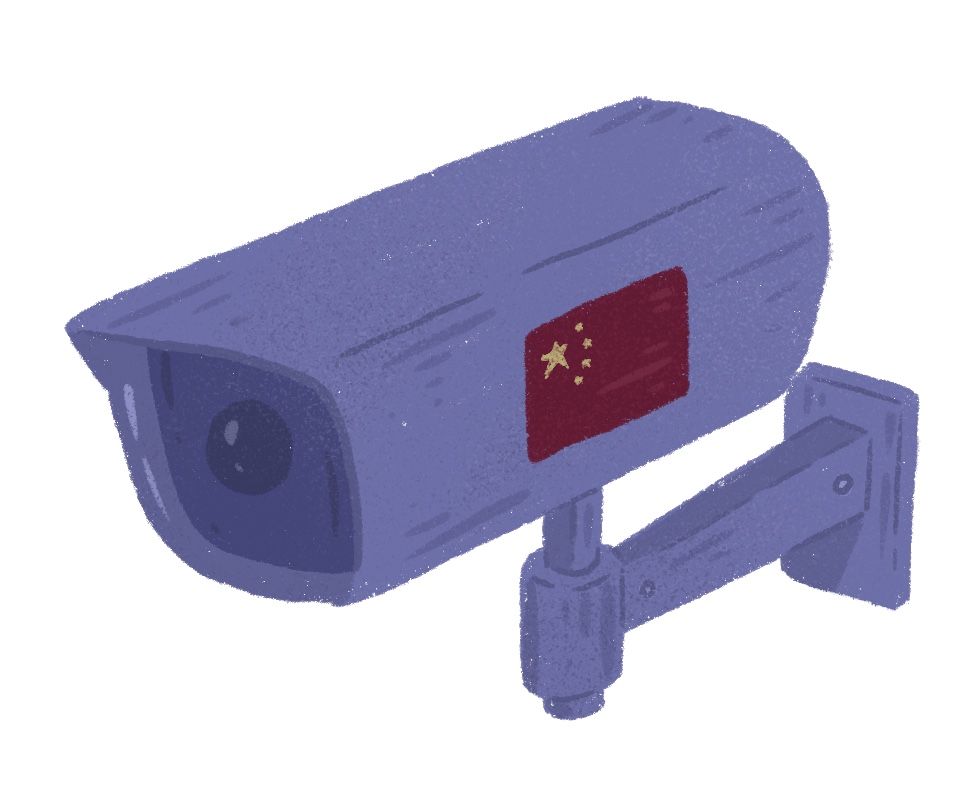 The government of China has implemented policies that are designed to drastically reduce the Uyghur people’s religious, commercial, and cultural activities. This is not something China has recently started doing. Right now, what should be understood to be modern day concentration camps are advertised as “political re-education” centres built for “vocational training.”

The Uyghurs are systematically oppressed by their own government. They are a living example that speaking out against China in the 21st century can be very dangerous. They live in a police state, where the government monitors their daily lives with advanced computer surveillance systems. A UN human rights committee had received reports from credible sources saying that the Uyghur region is being turned into a large prison camp. These people are subject to unnecessary surveillance, from facial recognition cameras to QR code readers on their houses, even extending to monitoring any social media contact the Uyghurs make. It is almost impossible to find out what exactly happens in Xinjiang since media of any sort is partially banned from the region. Ablet Tursun Tohti, an Uyghur prisoner who was released from detention in 2015, told the BBC that all prisoners would be woken up at dawn, forced to learn the laws of China and sing a song that was titled “Without the Communist Party, there can be no new China.” BBC interviews with other prisoners contained harrowing details of detainees not being allowed to sleep, being hung up, and beaten with thick batons of wood and rubber. Prisoners would be whipped, their skin pierced with needles, and their nails pulled out with pliers. Prisoners could hear the screams of others being subjected to torture.

Since news of the camps has spread, the Uyghurs have earned their fair share of headlines in the media. The coverage was escalated recently by an American teenager. Feroza Aziz used the Chinese video app TikTok to raise awareness of what is happening to the Uyghurs in the form of a makeup tutorial. The video emphasizes the gravity of the situation, calling it “another Holocaust.” After the video went viral, Aziz’s account was blocked by TikTok. Censorship like this is dangerous. Aziz was desperate to help and turned to social media, one of the most popular ways to spread information. If facts about the camps are suppressed, the lives of Uyghur Muslims are placed in further danger.

The Uyghurs currently have little to no rights. To be jailed, imprisoned, and forced to adopt a culture and a life that is not your own feels like it could be fiction. The Uyghurs get so little coverage globally that it actually might be possible to address their situation as a myth or a conspiracy theory. Sadly, it is not. While China denies the existence of the concentration camps in Xinjiang, it prefers to phrase the situation as people receiving “vocational training.” To further complement this fantastic story China is writing, a senior officer in Xinjiang also told the BBC that the region is facing the “three evil forces” of terrorism, extremism, and separatism. 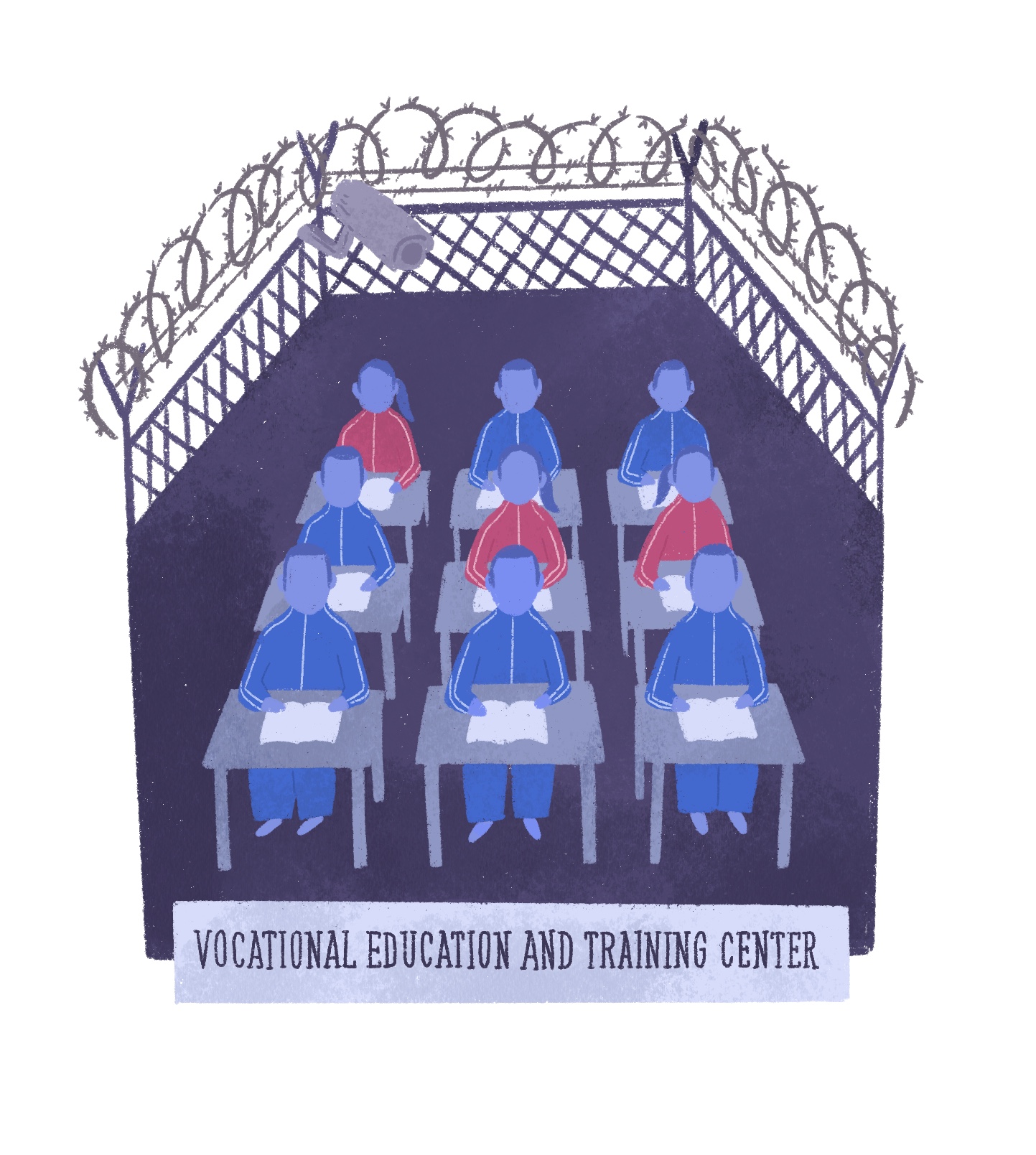 China reinforces its treatment of the Uyghurs by saying that they are a threat, tied to separatist Islamist groups. While it is true that a fraction of the population may have joined the Islamic State millitant group, the Chinese government keeps playing the terrorism card in an attempt to legitimize the horrible treatment of the Uyghurs. There are no excuses that can justify this sort of treatment. Countries that are accepting fleeing Uyghurs are doing important work, but that is not what the conclusion should be. China should be held accountable, not just in the media, but by organizations and political bodies that exist to protect human rights.

Hitler’s Germany also had different names for its concentration camps. Some were called labor or hard-labor camps, others as transit and exchange camps. The world didn’t realize the extent of the evils of these camps until millions of lives were lost. What will it take for us to understand what is happening to the Uyghurs? Is this negligence a product of selfish, oil-greedy interests? Would the world pay more attention if the Uyghurs were Christians? You do not have to be a Muslim to care about what is happening here. You do not need a qualification to understand the game that China is playing here. All you need to be is human.