Since its founding in 2013, Black Lives Matter protests have been shining a light on the inequitable treatment of marginalized communities in America. This is a necessary step in the process to heal or recreate policing in America. A poll conducted by the data science firm Civis Analytics found 62% of Americans support the Black Lives Matter movement in some way. Despite a large number of Americans actively participating in protests and spreading awareness of the problems with policing, the various culprits and the solutions to repair or abolish this system are many and regularly disagreed upon. A Civis Analytics poll shows that only 27% of people are in favor of police defunding initiatives, and a large percentage of those in favor include younger demographics; people from 18-34 who are typically less likely to trust police.

While 13% of the population in the U.S. is Black, Black Americans make up 31% of those killed by police. A study conducted by Cody T. Ross from the University of California Davis research shows that it is more than three times more likely for an unarmed Black person to be shot by police than an unarmed white person. When comparing white to Hispanic and Latinx populations, it is 1.67 times more likely an unarmed Hispanic or Latinx person will be shot compared to a white person. This average number fluctuates depending on location. For example, in Miami-Dade County, Florida, unarmed Black people are “22 times as likely to be shot by police than unarmed white individuals.” The trends of higher death rate among Black and Hispanic and Latinx communities persists in armed situations: the probability of a Black armed individual being shot by police is 2.94 times that of the probability of a white person in the same situation. When compared to whites, Hispanic and Latinx populations are 1.57 times more likely to be shot by police while armed. Moreover, a study of North Carolina’s statistical data conducted by researchers at Stanford University found that Black and Hispanic and Latinx populations were searched more often compared to white populations during traffic stops.

In Multnomah county, arrests of Black individuals are 3.3 times higher than among whites. Across Oregon, some counties see Black people as much as 11.7 times more likely to be arrested than whites. Additionally, Oregon, like 23 other states, does not currently open police misconduct files to the public. In the U.S only 13 states have this information available to the public, while the remaining 14 states have limited public access to these files. 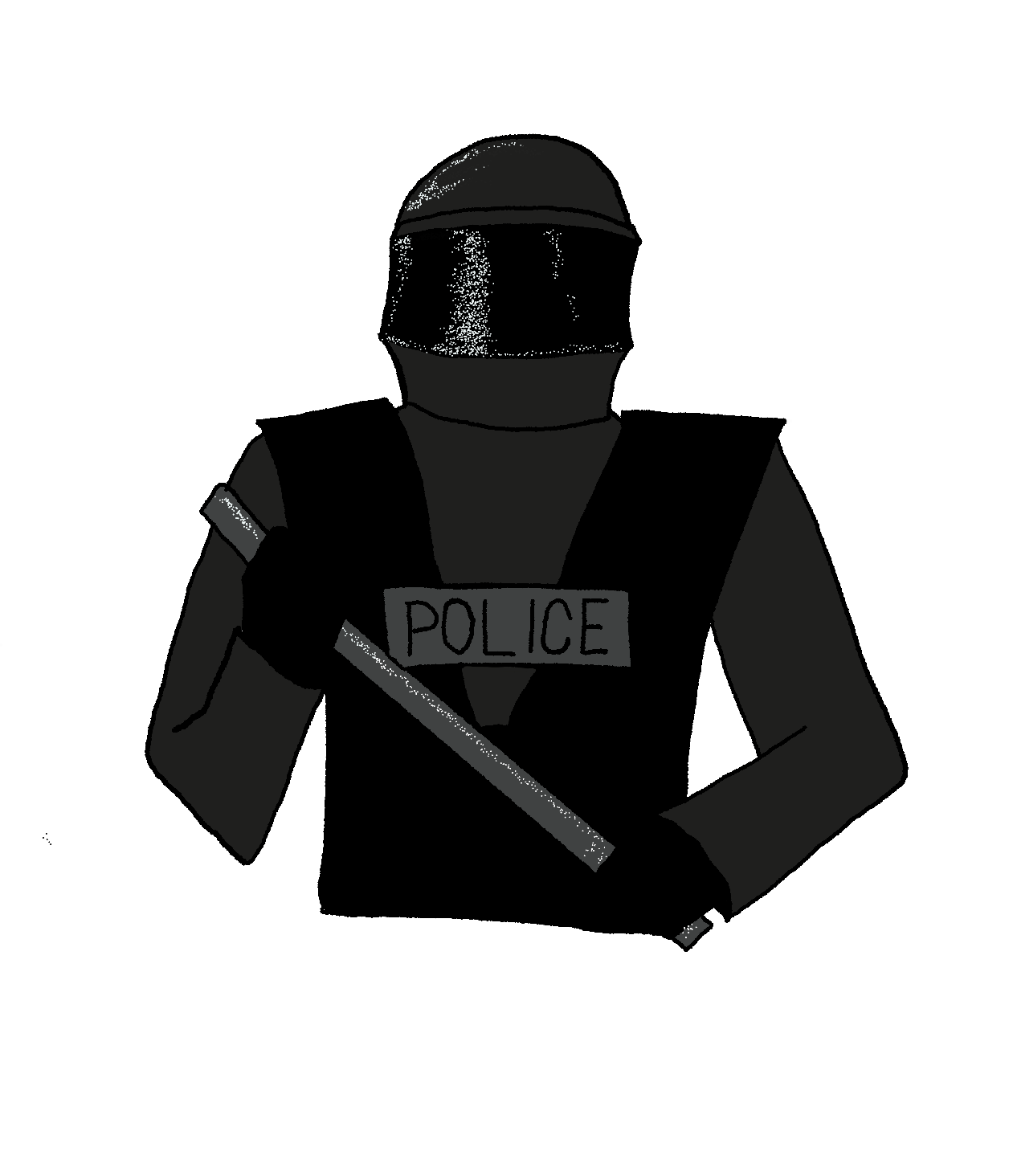 The threat of violence persists beyond that of the specific individuals harmed by police injustices, finds one study published in the American Sociological Review. The study shows police violence against specific Black or other marginalized people impacts the entire surrounding community when police actions are seen as unjust by that community. The lack of trust in law enforcement results in the community avoiding contacting police for matters of personal and public safety. The study goes on to illustrate one specific event where the beating of Frank Jude, an unarmed Black man in Milwaukee, Wisconsin likely resulted in a loss of approximately 22,200 calls to 911, half the number of the typical calls to law enforcement. Without the intended protection of police, community members are more vulnerable to threats of increased violence. In place of local law enforcement, many communities create their own justice system that can often be just as fraught as the one they are trying to avoid.

Trust in policing is currently low across America; especially in low income, marginalized communities and among younger populations. According to an experiment conducted by researchers at Yale University and published in the Proceedings of the National Academy of Sciences (PNAS), this unease results in more incidents of escalated violence between the public and the police.

To remedy the problem of distrust in local law enforcement, one study conducted at Princeton University suggests positive contact is key. The study calculated the effects of positive police contact among all communities and the results showed that positive contact with police officers increased feelings of trust and compassion toward police.

Another strategy that has been implemented to remedy distrust in police systems is the widespread use of body cameras. According to the same study published in PNAS, body cameras were met with a 95% approval rating by Americans.

Arizona State University, School of Criminology and Criminal Justice, conducted a study that showed the use of police body cameras changed police behavior. With body cameras, stop and frisk incidents and arrests reduced, and citations and police initiated encounters increased.

The George Floyd Justice in Policing Act of 2020 passed in the House in late June, spurred by the more recent protesting “To hold law enforcement accountable for misconduct in court, improve transparency through data collection, and reform police training and policies.” The policy aims to implement training in racial profiling issues among other ways to remedy the racism in policing.

On July 1, the Ending Qualified Immunity Act was issued to congress by senators Sanders and Warren. This act will eliminate the defense of qualified immunity under the good faith argument. It would allow for “government employees or those acting with state authority ”to be held more accountable for their actions in court.

Written By
Sophie Meyers
More from Sophie Meyers
Public health relies on vaccines as a measure to mitigate an increasing...
Read More