…In particular, neoliberalism is often characterized in terms of its belief in sustained economic growth as the means to achieve human progress, its confidence in free markets as the most-efficient allocation of resources, its emphasis on minimal state intervention in economic and social affairs, and its commitment to the freedom of trade and capital.

In his book, Knocking the Hustle: Against the Neoliberal Turn in Black Politics, Political Science and Africana Studies professor Lester Spence defines neoliberalism as “the general idea that society works best when the people and the institutions within it work…according to market principles.” He criticizes the rise of “human capital,” the idea that each person must think of themselves in entrepreneurial terms. He distills this theory to one simple phrase: “I’m not a businessman; I’m a business, man.” In short, neoliberalism is an ideology which favors a reduction of the state and an expansion of the market into every aspect of life; which believes free-market capitalism produces the most efficient allocation of resources, and believes public spending inherently restrains growth and innovation.

As I’ve written before, the American social safety net is catastrophically broken, passing most of the burden off of the state and onto individuals. The coronavirus pandemic has revealed just how broken the system is. Recognizing the problem, however, will do little good if we don’t recognize the ideology behind it. The slow but deliberate retrenchment of New Deal policies in the past half-century has been driven by neoliberalism. Activist Naomi Klein, in her book This Changes Everything, wrote that “the three policy pillars of the neoliberal age” are “privatization of the public sphere, deregulation of the corporate sector, and the lowering of income and corporate taxes, paid for with cuts to public spending…” 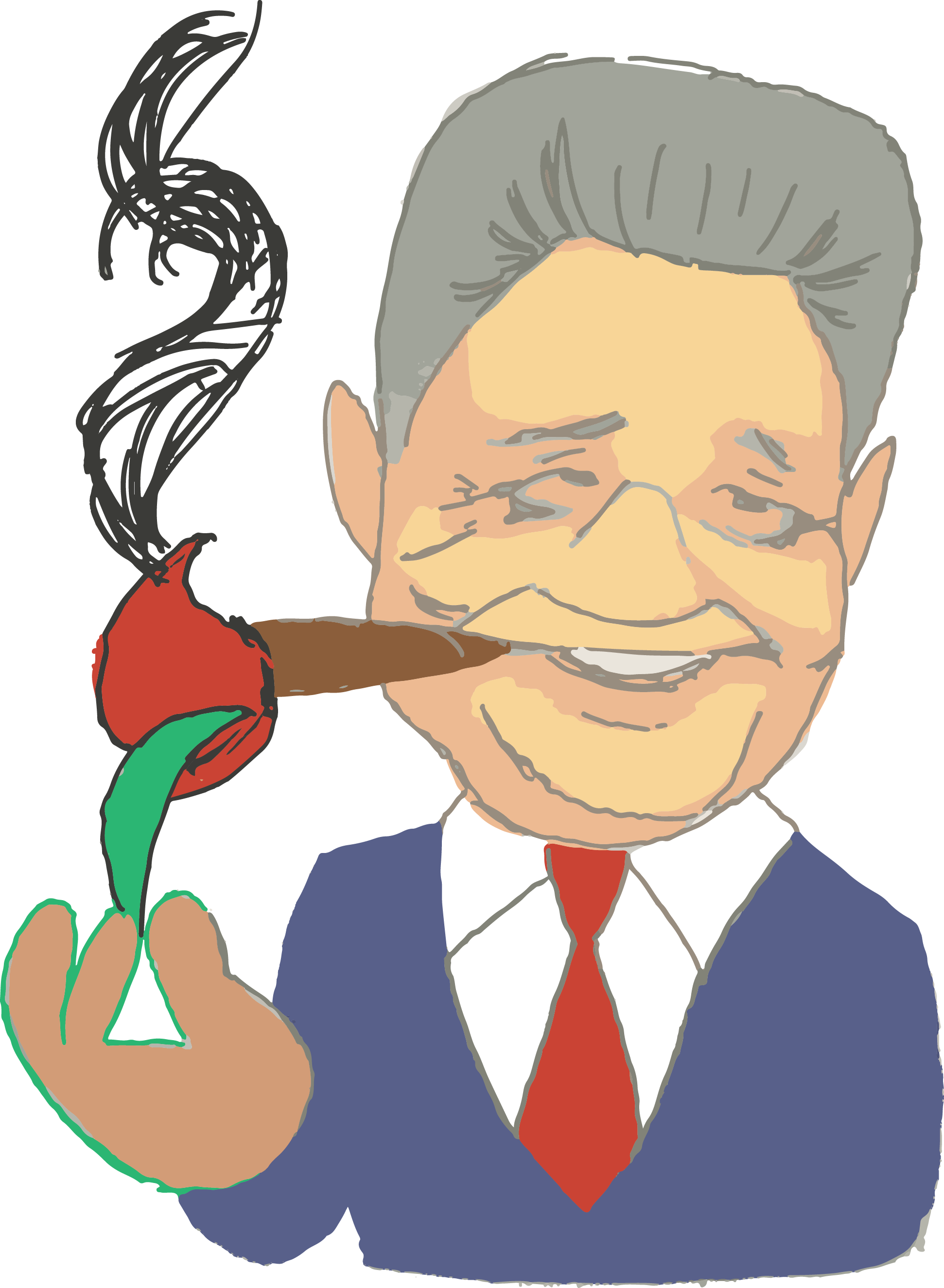 Neoliberalism is often associated with the free-market policies of Ronald Reagan and U.K. Prime Minister Margaret Thatcher, but it has become a mainstream ideology today, embraced by members of both parties in the United States. Its influence pervades every aspect of American life. The coronavirus pandemic, a once-in-a-lifetime crisis, is revealing the cracks in what was already a fundamentally flawed system.

Under neoliberalism, there is no collective good, only individual benefit. Consider Margaret Thatcher’s quote, “…there’s no such thing as society. There are individual men and women and there are families.” This sentiment explains so much about contemporary American society. The neoliberal myth of “rugged individualism” at the expense of collective action has seeped into every facet of our lives. We don’t structure our society to look out for the most vulnerable. We barely even give them the time of day. Instead, the credo of contemporary society seems to be, “F*ck you, I got mine.”

In this system, the free market dictates all aspects of life, not just the economic sphere. The government has little to no role to play in ordinary people’s lives in a neoliberal society. Before the neoliberal age, the quintessential defense of collective action came from FDR’s second inaugural address: “The test of our progress is not whether we add more to the abundance of those who have much; it is whether we provide enough for those who have too little.” Compare this to Ronald Reagan’s first inaugural address, where he stated “government is the problem,” or Bill Clinton’s famous 1996 declaration that “the era of big government is over.”

Since the rise of neoliberal ideology, government is no longer seen as a force for good; it has become a bogeyman that tramples freedom and breeds inefficiency. It’s no surprise, then, that in the midst of the greatest collective action problem since World War II, the U.S. government is failing miserably. Some states are threatening to cut off unemployment benefits if workers are afraid to show up. Only about 6 million tests have been carried out in a population of over 300 million. 35 million Americans could lose their health insurance due to the pandemic. This is not the work of a well-functioning government. 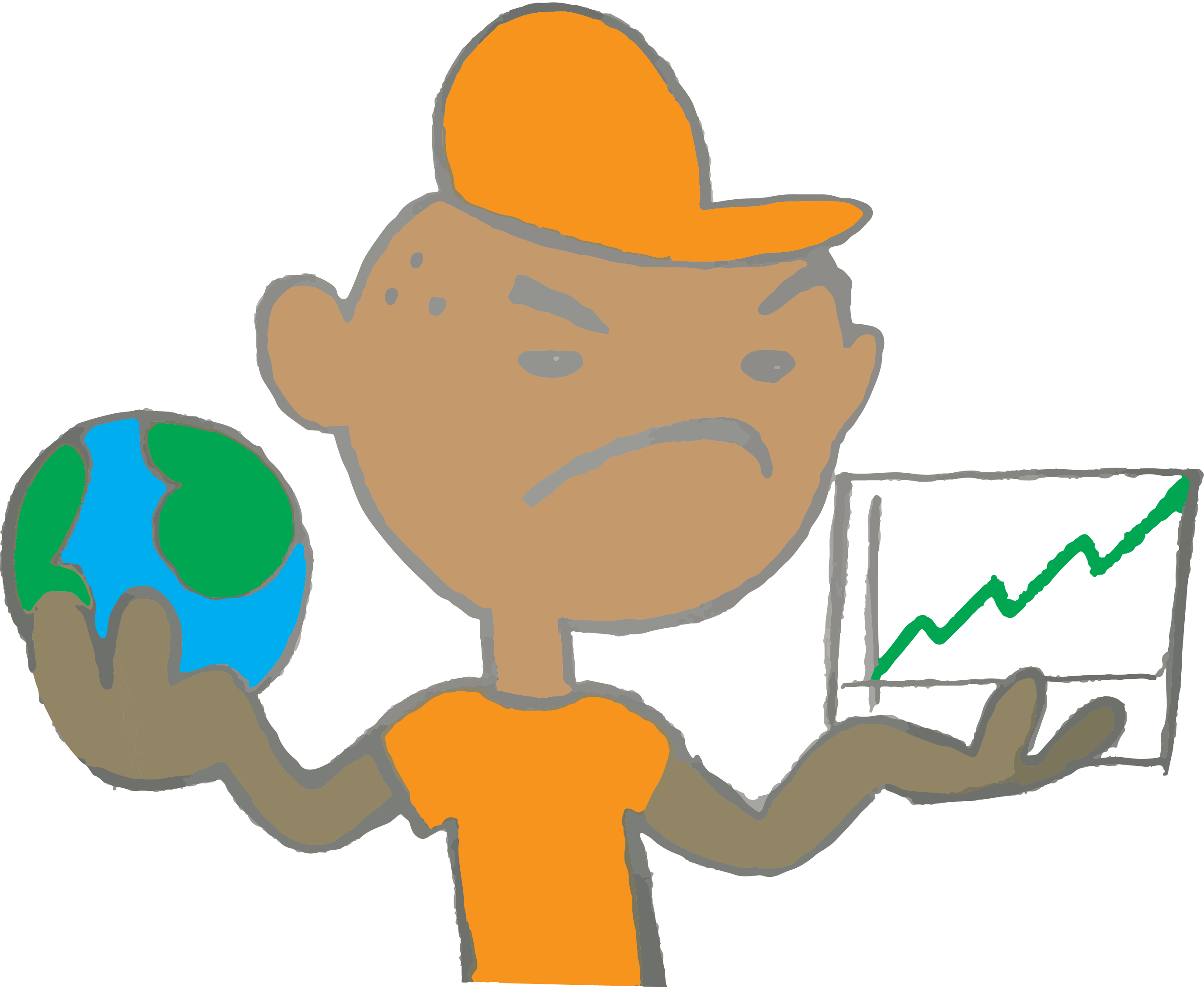 To successfully respond to a global pandemic, we need a global, coordinated response. Everyone must stay home as much as possible to stop the spread. That requires sacrifice on the part of everyone, especially the most vulnerable who already live in marginalized communities. The issue with our response can be summed up like this: if you don’t make it economically possible for people to stay home, they won’t. Numerous stay-at-home protests have been organized in recent weeks, and though they do not represent a majority of the public, we should pay attention to them. Philip Campbell, one protester in Michigan, told The New York Times, “This was very much about working people and our livelihoods and not wanting to be bankrupt and go into a depression.” He guessed one-third of the people he knew were unable to pay for groceries or rent because of the economic shutdown.

Obviously, we must shut down public life to slow the spread of the virus. But the choice cannot be between economic devastation and widespread death. Other countries have found ways to help their citizens while containing the outbreak. According to The New York Times, Denmark will cover 75–90% of employers’ payroll if they do not lay off their employees; the Netherlands will also pay up to 90% of wages, with extra for restaurants. The U.K. will subsidize 80% of the wages of anyone seeking unemployment benefits, according to CNN. Canada will pay each of its citizens $2,000 a month, for four months. What do American workers get? A one-time check for $1,200, which is phased gradually out for incomes rising above $75,000. Keep in mind Canada’s gross domestic product (GDP) per capita is about two-thirds that of the United States. This is insulting.

The disparity between the U.S. and nearly every other developed nation seems ridiculous. It makes more sense, however, when you look at it through the lens of neoliberalism. Every worker (or rather, consumer) is an individual responsible for their own wellbeing. After all, “there’s no such thing as society.” The government has no place interfering in the workings of the market.

Why else would U.S. Senator Lindsey Graham say unemployment checks were “incentivizing workers to leave the workforce,” even when the government was actively encouraging people to stay home? Why would the president be so adamant about getting people “back to work?” Why would the Democratic Party, supposedly the party of “regular people,” means-test a lifesaving stimulus check?

The answer is simple: if you can’t work, you are worthless. That’s the message neoliberalism sends. It’s why healthcare in the U.S. is tied to employment, whereas in every other developed country it is a guaranteed right. It’s why the government is so hesitant to “reward” people for not working. It’s why rent and mortgage payments are not frozen. It’s why basic necessities like food, housing, and healthcare are considered commodities, not fundamental rights. It’s why Bill Clinton signed the famous “Welfare to Work” reform bill in 1996, worried that being “soft on unemployment” would sink his reelection. It’s why the Affordable Care Act created “healthcare exchanges”—proposed by the conservative Heritage Foundation—rather than guarantee healthcare as a basic right. If you can’t work, you’re worthless. 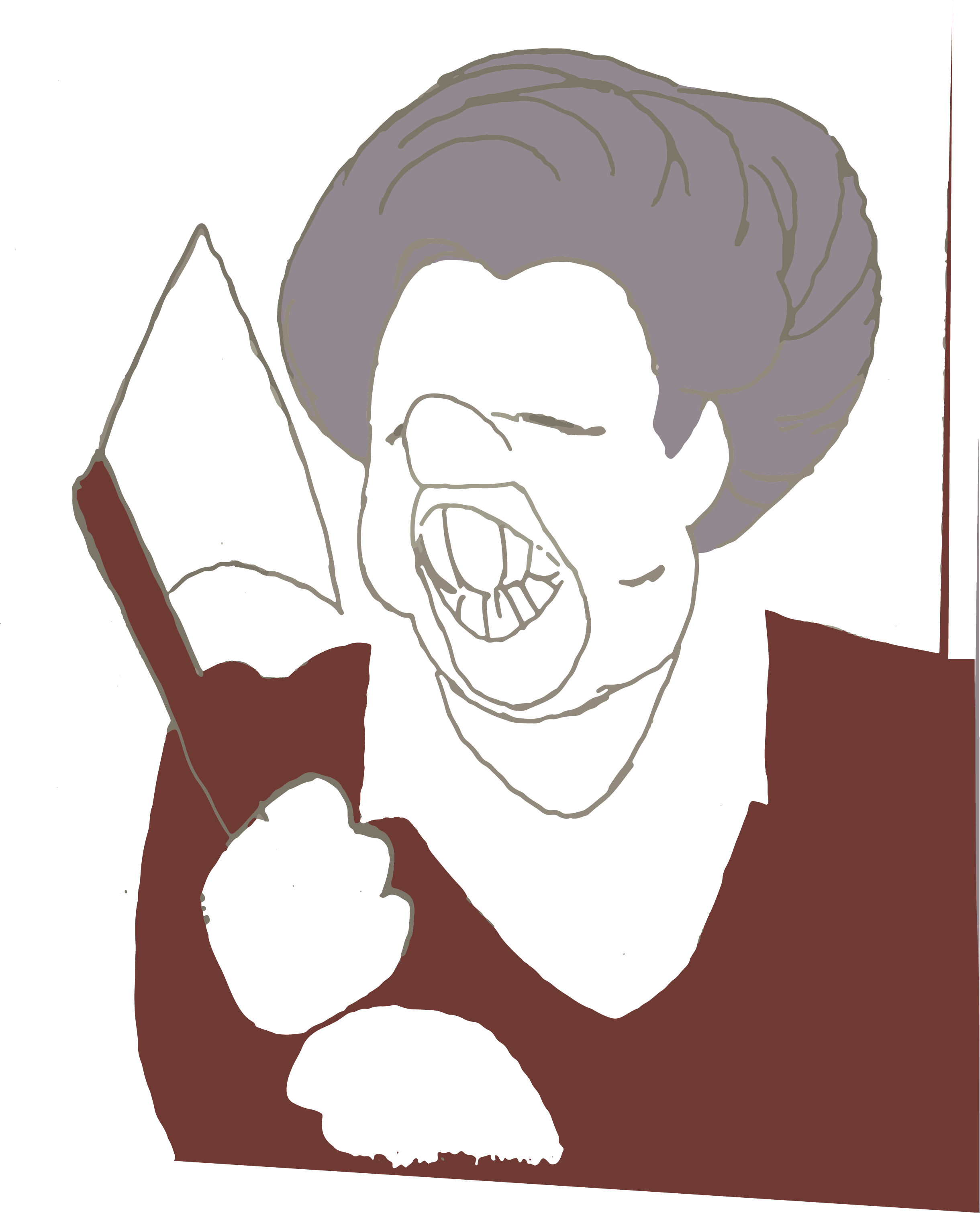 Neoliberalism is a death cult. There’s simply no other way to put it. People are dying because the government has framed the issue as a choice between economic depression and mass death. The Lieutenant Governor of Texas, Dan Patrick recently argued to reopen his state’s economy, saying on “Tucker Carlson Tonight” that there are “more important things than living.” Conservatives have begun to literally discuss sacrificing older people’s lives for the sake of the stock market.

Don’t forget that this way of thinking has been hurting people long before the pandemic. Farmers are throwing out mass amounts of food while food banks are forced to ration and grocery stores struggle to keep up supply. Before the pandemic, an estimated 30–40% of the U.S. food supply went to waste every year, according to the U.S. Department of Agriculture (USDA). The United States is the wealthiest country in the world, yet we cannot even adequately provide for our citizens. According to the Census Bureau, 11.8% of Americans—38.1 million people—fell below the poverty line in 2018, including 16.2% of children under 18. According to the Pew Research Center, the highest-earning 20% of American families made over 52% of all new income in 2018. Comparing the U.S. with other countries is even more depressing. The United Kingdom has had a national health service since 1948. In 2017, their healthcare spending per capita was $4,246. The U.S. spent $10,224.

Neoliberalism is not working for the vast majority of people. The rich are getting richer and the poor are getting poorer, and the middle class is quickly disappearing. Millennials have now lived through two once-in-a-lifetime financial crises, and they’re drowning in 1.5 trillion dollars of student debt.

The two mainstream politicians who have recognized the problems with neoliberalism are Bernie Sanders and, funnily enough, Donald Trump. Obviously the President’s campaign was motivated in large part by bigotry and racial prejudice. But as his success in the Rust Belt reveals, his campaign leaned into issues of trade and outsourced jobs, recognizing that the post-World War II free-trade world has decimated the once-great manufacturing capitals of the United States. He pledged to “bring manufacturing back,” impose tariffs on foreign goods, and renegotiate the North American Free Trade Agreement (NAFTA). 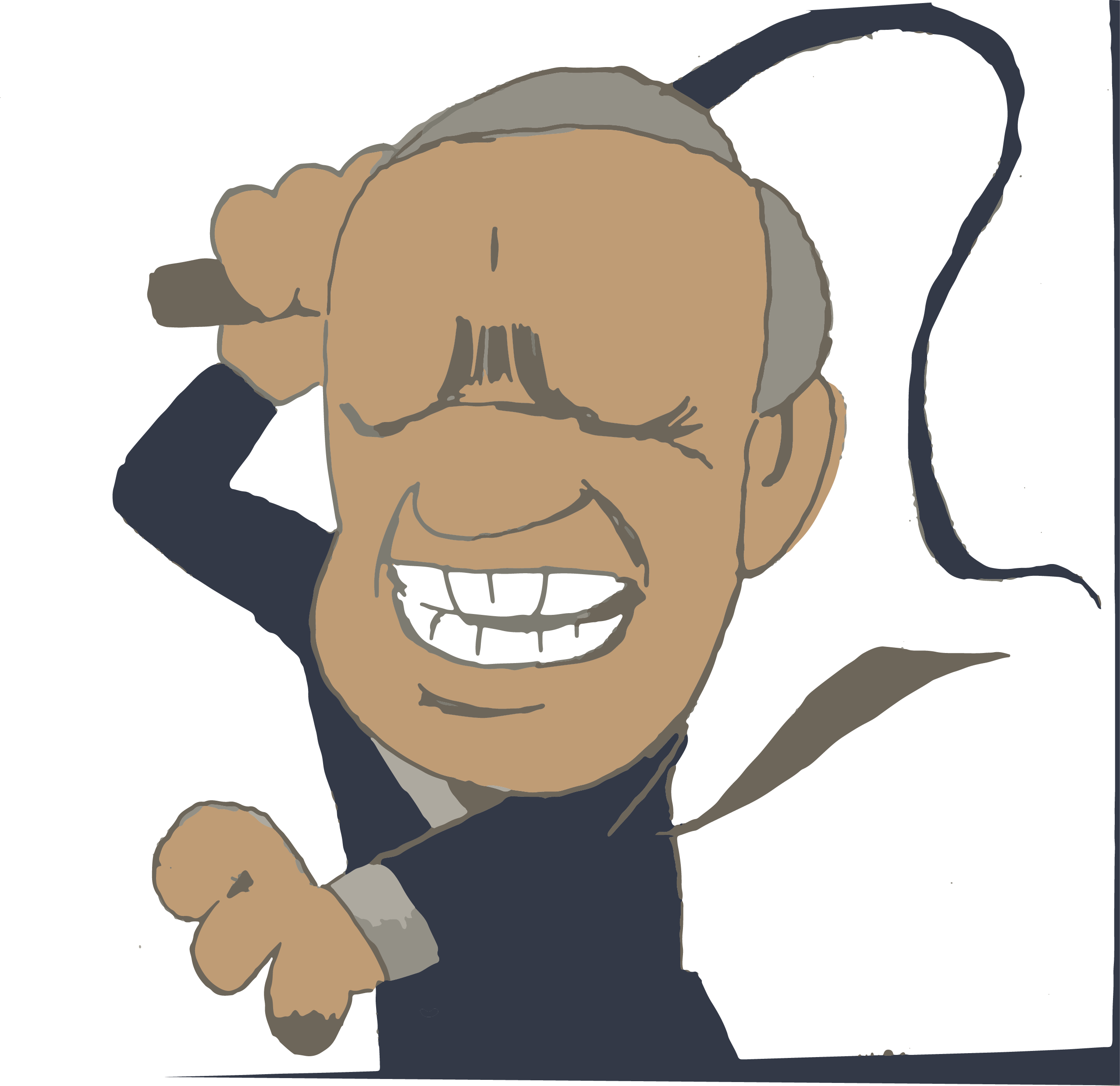 Of course, the President is not a big-government Keynesian. He still wants to shrink the government, privatize and cut the bureaucracy, cut taxes on business and the rich, etc., etc. He is a conservative through and through. But the danger in his rhetoric is precisely in the parts where he breaks from conservative orthodoxy. Trump got a shocking amount of support from union households in 2016. A federal employee union endorsed Trump the same year. When organized labor feels burned by free-trade Democrats that (they believe) are intent on outsourcing their jobs across the ocean, what do they do? Who do they vote for?

This is the danger in neoliberalism. Liberals have pounded on the free-market drum for so long that there is no mainstream party that endorses pro-government policies, much less European-style social democracy. Even Hillary Clinton wanted to lower Medicare eligibility to age 55 in 2016; Joe Biden, the presumptive 2020 Democratic nominee, only wants to lower it to 60. This is meant to pass for “pro-government” policy.

If the Democratic Party can’t get its act together, and declare loudly and forcefully that the government should work for the people, not business and billionaires, right-wing populists will fill that void. If Democrats will not support universal healthcare, labor unions, and fair trade agreements, right-wing populists will fill that void. Bernie Sanders has identified many of the problems that Trump voters care about: a government that doesn’t care about them, an economy that is crushing them, and a country that seems to be leaving them behind.

The Democratic Party is no longer the party of FDR, and it hasn’t been for quite some time. The question now is whether they will go back to their roots, or continue the way they’ve been going. If they choose to remain the party of NAFTA and welfare reform, they will cede the mantle of “populism” to right-wing demagogues. Neoliberalism only works for the haves; it’s time for Democrats to start working for the have-nots.

Written By
Nick Gatlin
More from Nick Gatlin
Warning: spoilers for the entire series below. “Picture a wave, in the...
Read More