What would your college experience be like without a severe lack of awareness about the cool resources your school has to offer? Because our lives are insane and we’re pulled so far in every direction, we hardly get a chance to take advantage of the small percentage of those great resources we do know about. I still don’t know why I haven’t gone to any of the  midterm stress relief with corgis or llamas or whatever other awesome fuzzy creature the PSU Programming Board seems to keep bringing on campus. Also, why haven’t I gone to see free movies at 5th Ave Cinema? We want to introduce you to a totally different, lesser-known resource: The Portland State University Library Archives.

Not only is there a massive physical archive, but much of the photographs have been made available online through the University Archives Digital Gallery. We at The Pacific Sentinel are excited to take you on a monthly journey, not Back to the Future, but into PSU’s past. We have found a lot of interesting things that we’re excited to share with you. Our first brief dip into the archives for this issue has already proved pretty interesting and we hope you’ll agree.

Below is an image taken on Broadway outside the entrance to Smith Memorial Student Union, looking North at a scene of students and other people in period attire watching the construction of the Skybridge that now connects Parking Structure 2 and the University Services building with the Karl Miller Center and crosses Broadway to SMSU and Cramer Hall. It looks like they didn’t even have donuts over there on the corner, we aren’t sure how they made it out of those dark ages alive.

PSU: Then and Now 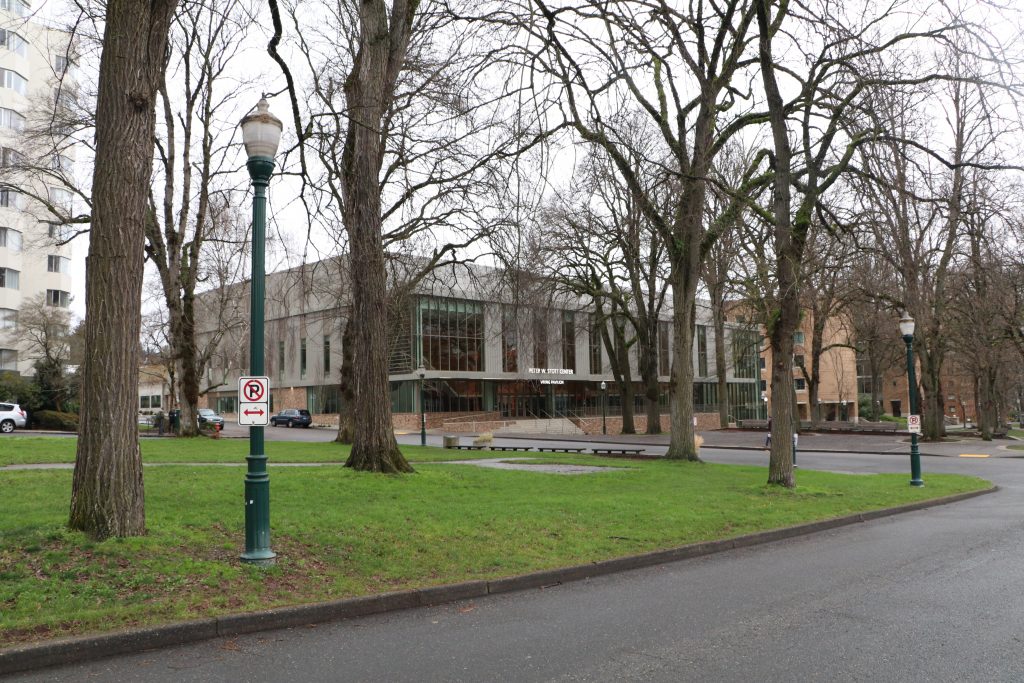 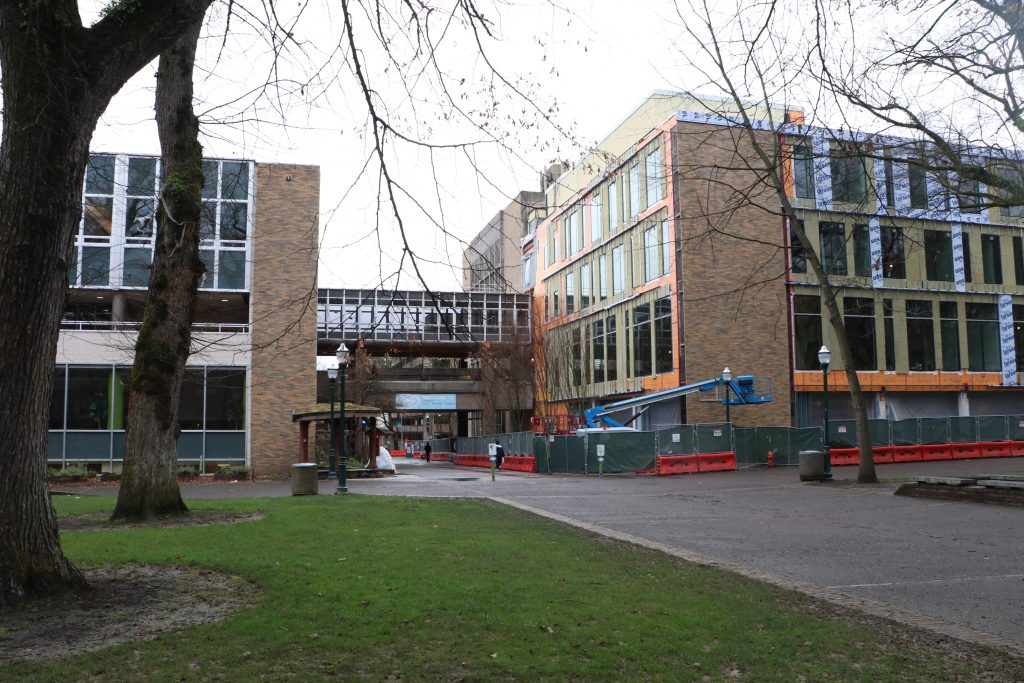 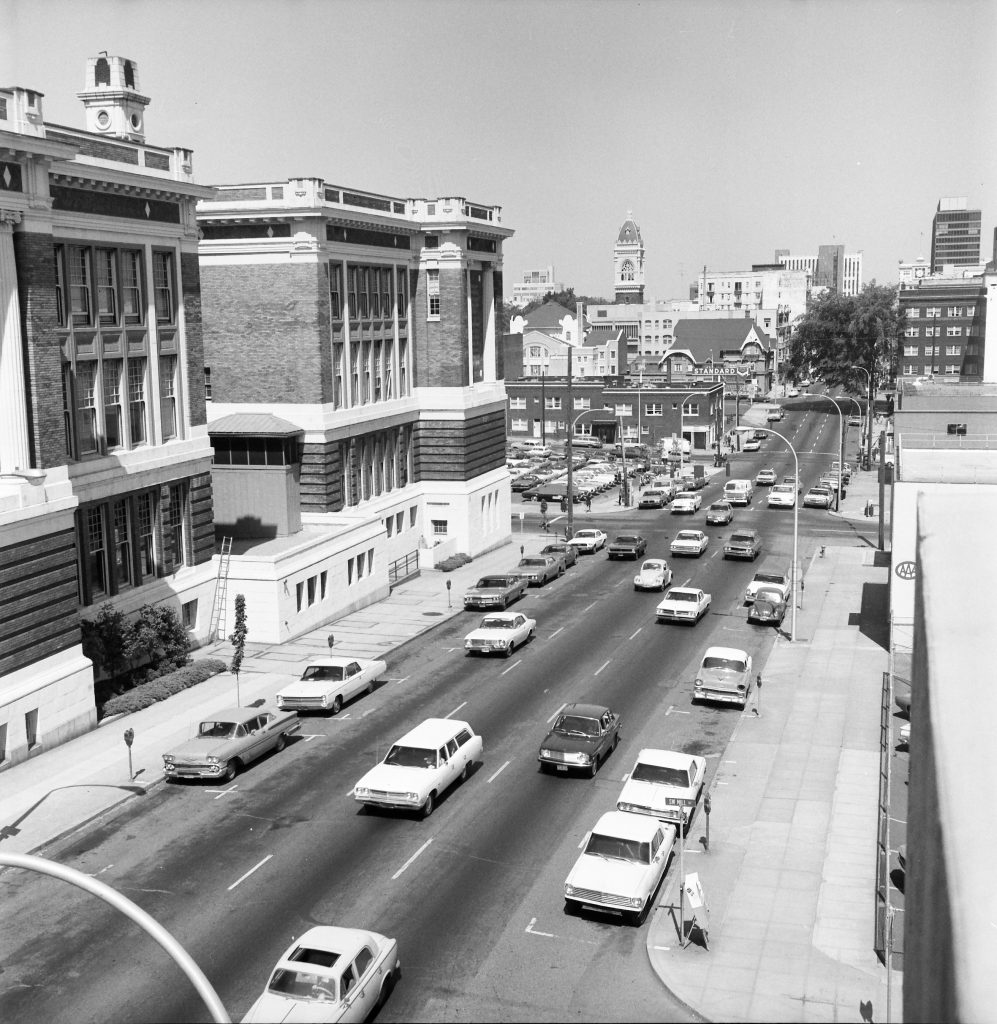 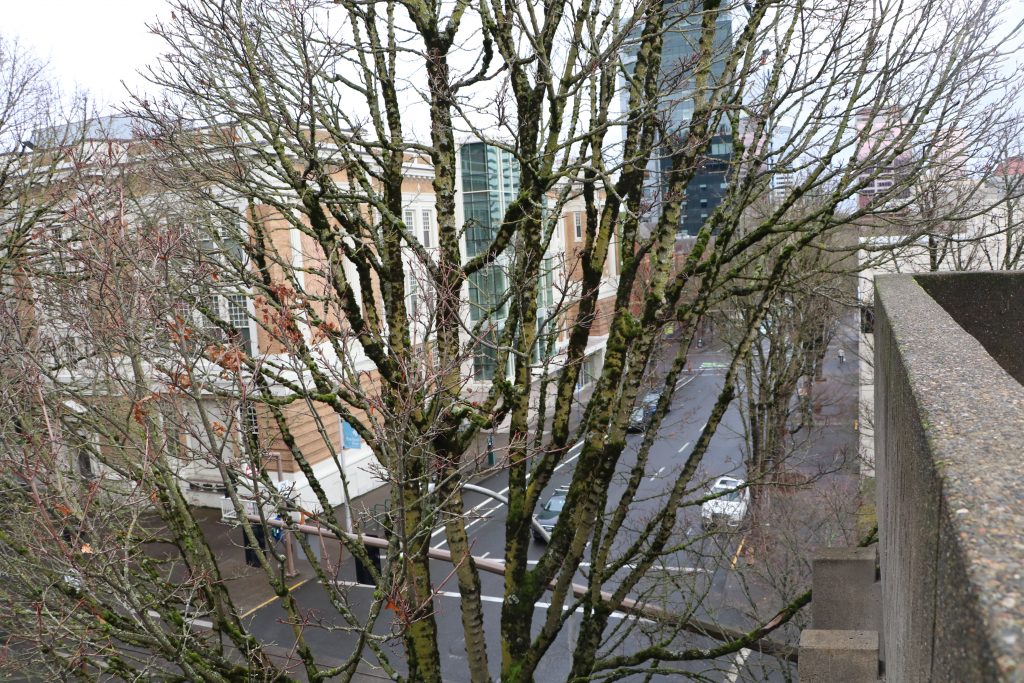 December 29, 2018. A tree appears to have grown quite significantly since then. photo by Sierra Clark

Written By
Shane Johnson
More from Shane Johnson
We all remember where we were the day it happened: July 27th,...
Read More