“We all wonder where we came from. All cultures have an origin myth. There’s a fundamental existential wonder about how we got here.”

Author and Marine Corps veteran Karl Marlantes spoke these words from the stage of the First Congregational United Church of Christ during his appearance there for the Portland Book Festival panel “Ties That Bind: Epic Family Sagas.” Marlantes was joined by moderator Maria Russo, New York Times Children’s Books Editor; Daniel José Older, most recently the author of The Book of Lost Saints; and Elizabeth McCracken, author of Bowlaway. During the conversation, Marlantes revealed part of this process of plumbing the past that resulted in his most recent book, Deep River, which follows the travails of an immigrant family in Finland and the Pacific Northwest during the late nineteenth and early twentieth centuries.

“My principal characters,” he explains, “were all based on characters from the Kalevala, which is a Finnish epic that’s very ancient and pre-Christian. They were probably recollections of very early, very powerful shamans.” In the composition of his first book Matterhorn: A Novel of the Vietnam War, Marlantes took a similar approach in using the medieval chivalric romance Parzival as a literary model on which to base the structure of that work. Working within a literary lineage informed his second published work, the nonfiction book What It Is Like to Go to War, in which he drew on the The Iliad, The Odyssey, Egil’s Saga, the Mahabharata, and other literary works dealing with war in order to investigate the psychological, physical, and spiritual ramifications of combat. Reimagining the Kalevala in an American setting evinces the author’s ongoing interest in mythology and legend as a means of understanding human experience.

He continued, describing his composition method. “I write by hand. If I write on the keyboard,” he says and pauses, mimicking typing and deleting, “whereas if I write by hand I’m so lazy that I don’t want to go back to edit. It flows.”

Marlantes also spoke about creating characters: “The author’s voice is omniscient, but I’m always looking at the world through the eyes of the character. They are subpersonalities. Part of the joy of writing is discovering these subpersonalities. When I’m doing this, Karl’s gone and that’s when I know it’s working. I don’t consciously do it, I just slip into it.”

During the question and answer period, one man asked about Marlantes’ use of the Kalevala as source material: How constraining was it to base the novel on a Finnish folk tale? How applicable is it today?

“The Kalevala is more than a folk tale, it’s a lot bigger than a folk tale,” he answered. “It’s an epic like the Tain for the Irish, The Song of Roland for the French, and The Odyssey for the Greeks.” The Kalevala was collected in the 1820s and 1830s by Elias Lönnrot and, he says, “became a rallying point for Finnish language and culture because the Russians were trying to stamp it out.”

Using the epic poem as a model, Marlantes says, didn’t constrain him because it lacks a single linear narrative structure and is “just a series of songs or poetry, but with the same characters.” He adds, “I didn’t have to feel constrained because I just took the characters and their stories” as a basis for his novel. “If I ever ran into something that one of the shamanic characters in the Kalevala wouldn’t do, I did it anyway if it seemed right for my character.”

The final audience questioner asked about which authors most were inspiring. “Tolstoy and Dostoyevsky,” Marlantes replied. “Tolstoy in three sentences could make a character out of a horse. He’s unbelievable. He had this great scope—the landscape, Russia, family. Both of these writers are incredibly inspirational. I have to admit that when I first tried to read them, I gave up. I went back, when I was older, and I couldn’t put them down.”

And so Marlantes continues the commemoration of ancestors and lineage, familial and literary. 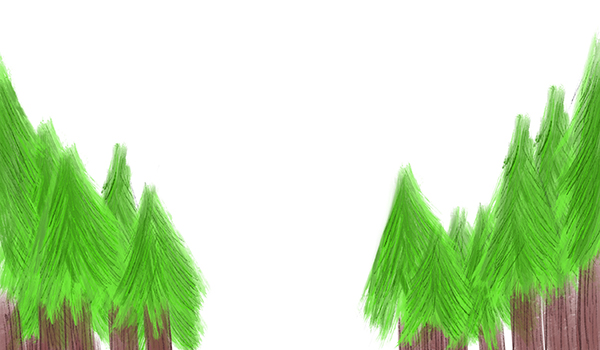