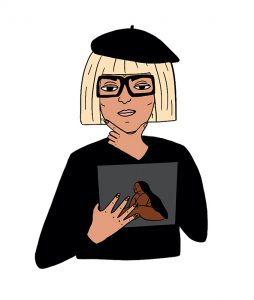 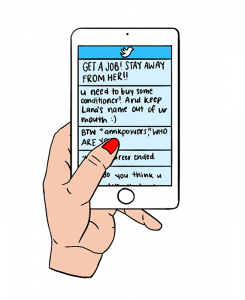 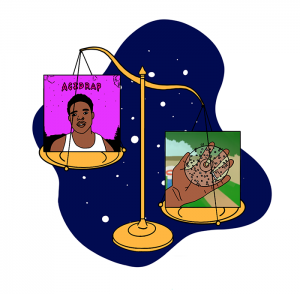 Think about the last time you read a review of something you love. How did it make you feel? Whether or not it validated your experience with the thing you like, it probably did one thing: It made you think more deeply about why you like it. If you boil down criticism to its bare essentials, that is its purpose: To make you think. Should you go see this movie? Why do you love this album so much? It begs questions that are, to the consumer, important. These questions can often be uncomfortable or harsh, but that doesn’t mean that criticism is itself a negative concept. To view criticism with contempt is to be ignorant of its place in the world of the arts.

That being said, many artists would disagree. In just the past year alone, Lizzo, Lana Del Rey, Ariana Grande, Michael Che, Olivia Munn, Taylor Swift, and more have derided critics as nothing more than internet hate. This couldn’t be further from the truth. Criticism fits under a large umbrella of essays, articles, and reviews but none of these things are meant to spread hate. In the majority of the examples listed above, the original writers were aiming their thoughts at their reader with the intention of thinking about a particular work or artist within the framework of the culture at large. Though some of the concepts presented in these examples are negative, there were no personal shots taken at any of the artists.

It’s easy enough to understand why an artist would take personal offense at public criticism, though. Lizzo didn’t work her way up the pop food chain only to be awarded a Pitchfork score of 6.5. She has every right to feel a sense of righteous anger that someone thought her work was average. However, this doesn’t excuse an artist lashing out at critics for doing their jobs or even simply having a negative opinion.

In Lizzo’s case, she took to Twitter to express her own opinion that “PEOPLE WHO ‘REVIEW’ ALBUMS AND DON’T MAKE MUSIC THEMSELVES SHOULD BE UNEMPLOYED.” This isn’t exactly the best response to an article that called the content of her album “important,” even though it admitted the record sometimes fell flat musically. Calling for the unemployment of music journalists, who are already undervalued and underpaid, is a huge thing for a popular artist to do. The music industry isn’t in jeopardy of ever being fully bankrupt, but many publications are.

This is why when another popular artist like Lana Del Rey writes back at NPR music critic Ann Powers there is a clear power imbalance. Music will always have an audience, but criticism is in danger of becoming obsolete. In Powers’ article, she questioned Del Rey’s Norman Fucking Rockwell! on the grounds of it being “disempowered” and reliant on outdated female tropes. Del Rey wrote back on Twitter that Powers shouldn’t “call [herself] a fan” and disregarded the critiques in the article. But she missed two very important things.

Firstly, in the article, Powers was placing Del Rey in the context of other great American writers, such as Joni Mitchell. What Powers was doing was attempting to grapple with Del Rey as an American icon, despite her shortcomings. This is, ultimately, a huge compliment, even if Del Rey feels that Powers misunderstood her work. Secondly, responding directly to the writer on Twitter gives her fans the license to respond to them as well. In this case, Powers was attacked by hundreds of Del Rey fans, who called for her to “get a job” and to “keep Lana’s name out of [her] mouth.” Once again, the difference here has to do with job security. When a musician puts out mediocre work, it’s rare that their role as a musician is put up for debate. However, when a critic puts out an article someone disagrees with, their job is often called into question.

All of this seems to boil down to a misunderstanding of what criticism is supposed to be. To some artists, criticism is nothing but a nuisance, only useful when they can share a glowing review on Twitter to promote their new work. The lack of understanding these artists have for an industry that goes hand in hand with their own is disappointing, to say the least. Criticism is one of the only places left in the arts where money doesn’t matter and discussion reigns supreme. It doesn’t matter how many units your album moved or where your film placed at the box office; if it’s good, it’s good and we’ll say it’s good. This is an incredibly valuable lifeline for underperforming works that otherwise struggle to find an audience. And, regardless of whether or not she likes it, in what other context can you be bothered to think about the feminist implications of a Lana Del Rey album? Without criticism, these things go unnoticed and untalked about. And I think we’re all the better for being forced to think and talk about them.

All of this matters more than we give it credit for. We are all members of the world of criticism. You like and dislike things. That’s you critiquing them, whether you’re consciously thinking about it or not. Chances are, when pressed, you could articulate why it is that you like your favorite film or why you thought Acid Rap was far superior to The Big Day. It helps to have professional critics around to put these thoughts into the canon of arts and culture, encouraging us to think harder about what art we value and what art we don’t. Opinions drive the arts, maybe even more so than money. Without criticism, we’re lost in a void of content with no meanings attached to them. And you can’t sell something with no meaning.

We can’t do much about artists clapping back at critics. Olivia Munn comparing fashion criticism to the “suppression of women” or Michael Che posting on Instagram that critic Steven Hyden “sucks off rescue dogs” aren’t level responses by any means, but they aren’t going to stop happening. People have strong feelings and they like to defend themselves when called into question. That’s human nature. But what we can do is identify bullshit when we see it. If you think an artist is being unfair about the criticism they’ve received, say something. Start conversations about it. It’s all in the spirit of good criticism to think deeply about the information being presented to you. Of course, not every review is done in good faith but neither are a lot of films or music or books or TV shows. It’s all a part of a healthy arts ecosystem and you can do your part by sitting and thinking for a bit (or donating to your favorite publication if you’ve got the cash and are feeling generous!). Where’s the harm in that?