At a recent town hall forum, Portland State University (PSU) representatives presented a budget for Fiscal Year 2017. The meeting carried a cautious air, however, as the budget revealed a significant shortfall. The budget includes a 5 percent tuition increase for all undergraduate students, but that alone will not cover the shortfall.

PSU is joining other public Oregon universities to petition the state for a funding increase of 100 million dollars in the Public University Support Fund (PSUF). The PSUF represents the bulk of the state’s investment in public education, and is currently is at 665 million, according to the Higher Education Coordinating Commision.

Currently, Oregon’s funding for public universities is at a relative low. According to a study by the Urban Institute, funding dropped by 51 percent between 2000 and 2014. While funding has been recovering with regular increases, it remains significantly below pre-recession levels. PSU has projected that this increase in funding, along with a tuition increase, will be necessary to cover the budget shortfall without requiring cuts across the board.

PSU President Wim Wiewel’s request for audience members to contact legislators in support of the funding increase, however, highlighted fears underscoring this budget. The budget committee revealed that, if they are unable to reach their goal of 100 million in additional funding, covering the budget shortfall will require cuts to spending and potentially increasing tuition 9 percent  for undergraduate residents. The budget committee has planned out scenarios for each level of funding. In each scenario where the universities receive less than 100 million, budget cuts are guaranteed.

According to president Wiewel, cuts would be applied “across the board,” with specifics being delegated to the department level. “That is the right way to do it,” Wiewel said, “those people in the action have the best sense where the cut will do the least damage.”

While the administration remains cautiously hopeful that the state will step up funding, the danger of budget cuts has analysts looking at the underlying causes. During the presentation, PSU representatives called attention to the Public Employee Retirement System (PERS) , a statewide policy governing the retirement benefits of government employees. 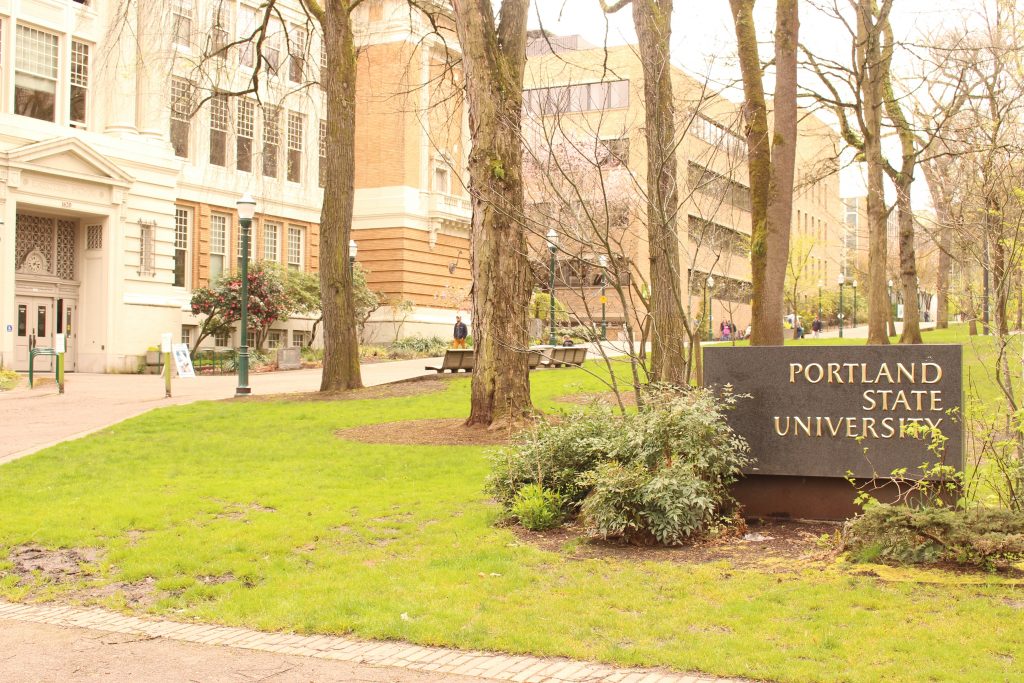 The policy includes the employees of public universities, such as PSU. According to the budget committee, maintaining PERS benefits accounts for 20 percent  of the university’s budget, and is expected to rise to as much as 30 percent in the coming years. As a benefit guaranteed by the legislature, PSU has no power over the budget impact of PERS.

The economics behind PERS current impact are complex, but can be traced largely to two factors. First, the majority of PERS funding comes from investing income. In the nineties, when the economy was booming, PERS could meet budget goals handily and was lauded as a successful system. Since the recession, however, that investment income dropped considerably, leaving a shortfall that the state budget is legally obligated to cover.

Second, the retirement age population has risen considerably over the past few decade as baby boomers enter retirement. In a December 2012 report, Oregon’s Office of Economic Analysis projected that the elderly population will grow by 48 percent  from 2010 to 2020. As the percentage of retirees increases relative to the general population, PERS may face record number payouts with a lower pool of individual contributors.

Because PERS benefits are based on salary, it has led to some notable payouts for high-earning public employees. The highest of these payouts goes to Dr. Johnny Delashaw, a former OHSU neurosurgeon. Dr. Delashaw draws a pension of $55,280 a month, according to recent reporting by The Oregonian.

While PSU hopes to resolve its current budget crisis with assistance from the legislature, the growth of PERS is a looming threat and a sign of sharp generational divide. The cost of a college education has grown massively since the era of current retirees, and supporting that generation is now further taxing the current generation of students. Moving forward, Oregon will need to face that an affordable future for students and the funding retirement for baby boomers may not both be sustainable.