2020 has wrought untold distress upon the American people, and the global populace writ large. President Biden and the newly Democrat controlled Senate intend to help any and all who require it. The American Rescue Plan Act of 2021 is the proposed societal salve.

Biden’s comprehensive $1.9 trillion stimulus bill was adopted by a deeply divided U.S. Senate on March 6, 2021. The Democrats utilized Senate budget procedure to pass an aid program that essentially defines an increase in so called safety net spending, resulting in the largest antipoverty endeavor since the Great Recession of 2007-2009.

The passage of such legislation lately, due to increased polarization in politics, is increasingly difficult. Such legislation could only be passed through what is known as “budget reconciliation.” Since the filibuster in the Senate has been utilized more and more, such procedural rules can be bypassed through passage of budget legislation, which does not require a 60-vote minimum.

The final vote from the Democrat controlled House to concur with a Senate amendment passed on March 10 by a vote count of 220 to 211 and the act was signed by Biden on March 11. Not a single Republican member of Congress voted for the resolution, at any point in the bill’s journey in becoming law.

The American Rescue Plan Act of 2021 is massive; For comparison, the recovery package Democrats passed during the Great Recession in 2009 was about 5.5% of FY 2008’s Gross Domestic Product (GDP), while Biden’s plan is 9% of 2020’s GDP, despite the shrinking of the economy in 2020.

One of the main differences between the ARPA and the CARES Act is the targeted nature of the majority of the funds: The vast majority of aid is going to the individual and states, instead of corporations or wealthy institutions and persons, who profited most from Trump’s March 2020 package.

The nature and language of the CARES Act suggests that the resolution is only meant to help those who most needed the assistance. This has turned out to be inaccurate. The rhetoric from the bill indicates that it was meant to focus on working families. In fact, the Treasury Department at the time described the legislation as “The CARES Act provides assistance to workers and their families.” However, much of the financial assistance was utilized by the wealthiest people and businesses in the U.S.

Previous checks were phased out at higher income levels, which meant some people who received checks in previous rounds will not receive them this time. However, the legislation includes checks for adult dependents, such as college students and people with disabilities, for the first time.

Expanded and extended unemployment insurance (UI) with this legislation will persist through Sept. 6, with the unemployed receiving an extra $300 a week in federal benefits. The bill also includes a proviso which makes the first $10,200 in unemployment benefits nontaxable for households making up to $150,000.

In a change to tax policy, the legislation makes student loan forgiveness tax-free through 2025—a method for Democrats to prod the president on student debt cancellation and a policy change that will last longer than just Biden’s administration according to reporting done by VOX.

The White House estimates that the legislation, which includes an expanded child tax credit, will cut child poverty in half, according to the Center on Budget and Policy Priorities. The bill includes $170 billion for schools, $100 billion for public health, and $350 billion for state and local government aid—an issue that has been a major sticking point for Republicans.

It increases the Affordable Care Act subsidies and Consolidated Omnibus Budget Reconciliation Act (COBRA) subsidies for people who have lost their jobs, contains funds for restaurants, and has a variety of funds to assist individuals in general, such as rental assistance and help paying for water and energy bills.

Some portions of the bill didn’t end up being as generous as they were when it was first proposed after push and pull with moderate Democrats. Biden initially wanted $400 in extra unemployment through September.

However, the unemployment tax provision was only added in the Senate legislation, saving people from getting a surprise tax bill they might not be able to pay for. A $15 federal minimum wage was also struck from the legislation.

Despite the fact that the Congressional Budget Office (CBO) concluded raising the minimum wage over the proposed time would indeed affect the federal budget, and therefore be eligible for a budget reconciliation inclusion, the Senate parliamentarian ruled it could not be done. The Senate thus voted down an amendment to put a $15 minimum wage back into the bill, despite wide and bipartisan support among the American people.

The US has been in the throws of a pandemic for more than a year, and the government has passed numerous pieces of legislation designed at helping soften the blow to the economy, families, the working class, and small businesses.

The mantra among many economists—and one adopted by Biden—is that the risk is really doing too little, not too much, in response to the pandemic. Jerome Powell, the head of the U.S. Federal Reserve noted that lasting recession effects in a macroeconomic sense would be worse than letting the market self-correct, leading to further increases in poverty and lackluster economic recovery.

The bill is primarily aimed at delivering support to individuals at lower income levels. The poorest 20% of Americans will see at least a 20% boost to their after-tax income, and the second quintile of earners will see their income go up by nearly 10 percent,  according to an estimate from the Tax Policy Center.

In the meantime, the highest earners—many of whom are doing financially better during the pandemic—will hardly see any tax shift, if at all. Biden’s legislation is in stark contrast to the tax cut bill Republicans adopted through budget reconciliation in 2017.

The 2017 Republican tax law “ignores the stagnation of working-class wages and exacerbates inequality” and “encourages rampant tax avoidance,” according to a 2019 report from the non-partisan Center on Budget and Policy Priorities (CBPP).

Average and low-income citizens have borne the brunt of the pandemic’s economic, psychological, and medical impacts on the population, according to a report from the non-partisan Institute of Development Studies.

In fact, America’s billionaire class has actually increased their wealth since the pandemic began.

The net worth of U.S. billionaires has soared by over $1 trillion—to a total of more than $4 trillion—since March 2020, according to a Dec. 2020 analysis from the watchdog group Americans for Tax Fairness. That same report also notes that, during that same time period, the bottom 50% of Americans have seen nearly a $1 trillion drop in purchasing power.

The new legislation will be a welcome respite for those who have been unable to weather the economic storm. The current national polling for support of the ARPA is in staunch support on the left, and nearly half of all Republicans support its passage. 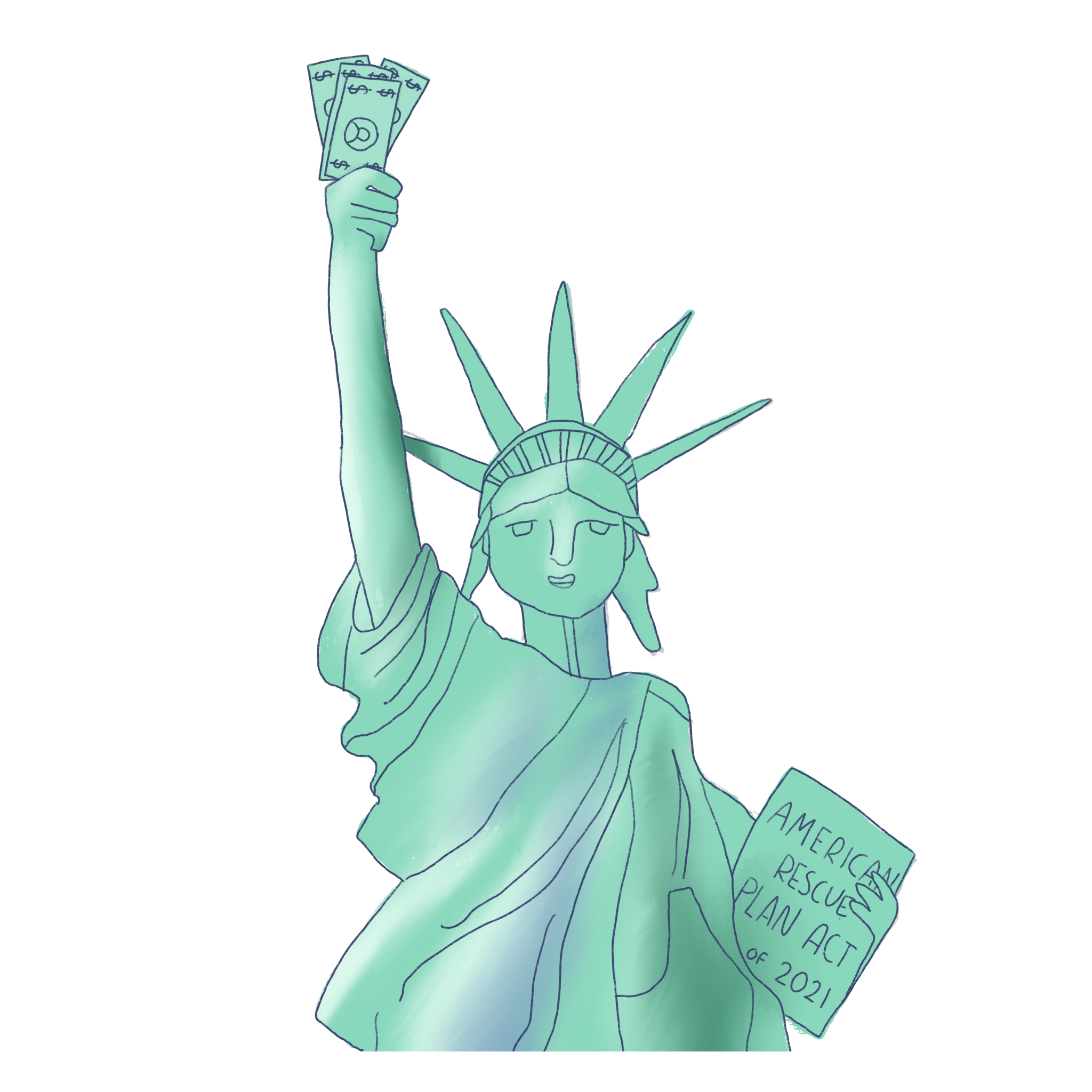