As The Pacific Sentinel’s full-time, in-house music critic, I take pride in amassing a wide knowledge of music subgenres and keeping current with new releases to uncover the hidden gems casual listeners may miss. So when my editor assigned the duty of creating a list of the top five shoegaze albums from last year, I jumped at the opportunity by eagerly declaring, “Of course I know what shoegaze is!”

I believe any useful year-end list must begin with some context; a critic should examine the trends and highlights of the year in a descriptive way that provides a lens through which the reader can view the list while demonstrating their knowledge on a subject. Looking back, no one can deny 2019 was a year for shoegaze. It was a year and it had shoegaze albums and these are the top five.

1) Lana Del Rey – Norman Fucking Rockwell
Who would have thought Lana Del Rey would become the face of shoegaze in 2019? The main thing I think about when I think about shoegaze is noisy, distorted guitars. (To be clear, there’s plenty of other things I associate with shoegaze, that’s just one of them. Okay?) And Del Rey made a significant creative shift with the help of super-producer Jack Antanoff, incorporating fuzzy guitar into her musical pallette. Fuzzy guitar? That’s shoegaze if I’ve ever heard it. And I’m sure I’ve heard it, I listen to a lot of music. But no need to take my word for it. (Here comes the hyper-specific reference you didn’t know about but the reviewer did—HSRYDKABTRD for short—a critical part of any good music review.) Del Rey named the album after shoegaze pioneer Norman Rockwell.

2) Billie Eilish – When We All Fall Asleep, Where Do We Go?
The record is troubling evidence that Gen Z might not be getting the support it needs. Eilish might be right that generations ahead of her own have really let them down, leading to a 17-year-old’s dreamy nightmarish apathy. On the cover of the record, Eilish is wearing white attire in a bland white room with a vague look of helpless insanity. Eilish’s socked feet are lacking shoes—has she not put shoes on yet or does she not have any shoes? Is this the beginning of the “post-shoegaze” sub-subgenre (aka feetgaze)? Are we failing our youth by not covering this hot new subgenre, nor covering their feet with shoes? Listening to this potentially historic album, I kept thinking that I don’t know what I would do without my shoes. Really makes you wanna gaze at your shoes… 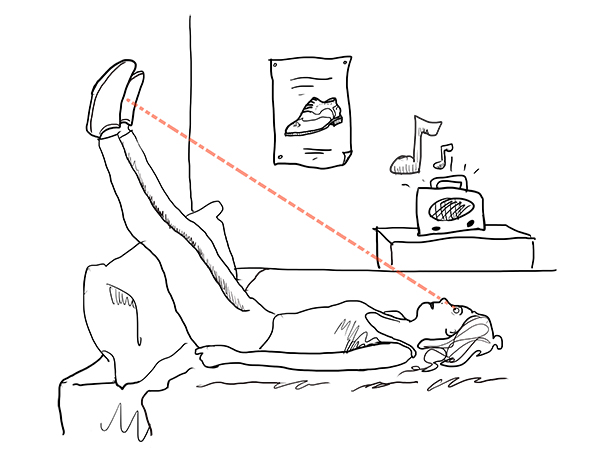 3) Beyoncé – Homecoming: The Live Album
If there’s one thing I’ve learned as a music critic, it’s that if you write confidently enough, your readers will inherently assume you’re an expert on the subject. No one knows how to use confidence better than Queen B. Beyoncé has demonstrated her incredible achievements and wide-ranging musical mastery through a documentary and companion record that really makes us all want to gaze down (at our shoes and our shame) and take a hard look at what we’ve been wasting our lives doing. While gazing at my shoes, this record made me realize that I’ve been spending too much time at Nordstrom Rack getting shoes that only sort of fit and that I probably need to get new shoes. That sort of self-reflection and confrontation of your own inner turmoil is a big part of shoegaze and shoe-gazing, and therefore not including Homecoming in my list would be a disservice to shoegaze enthusiasts and the entire shoegaze legacy. The history of music is filled with culture created by the marginalized and impoverished. People (probably) died for shoegaze to happen. Guess what? I’ve just aligned my album list with historically significant suffering. Now you can’t say my list “is wrong,” or “Charles, everyone knows Beyoncé isn’t shoegaze,” because if you do, you’re saying all those (hypothetical) people died in vain. Shame on you.

4) Harry Styles – Fine Line
Shoegaze is sometimes also called dream pop, and who is dreamier and pop-ier than Harry Styles? Just look at him: dreamy as heck. Just listen to his music: poppy as heck. Fine Line was released in December, after many critics had already drawn up their year-end lists. Would Styles’s second studio album have been heralded as the year’s greatest achievement in shoegaze if he had released it sooner? Did the album fail to bring about a renaissance of shoegaze because it was released after the year-end press cycle had begun, or because it isn’t a shoegaze album? We may never know the answers to these questions. 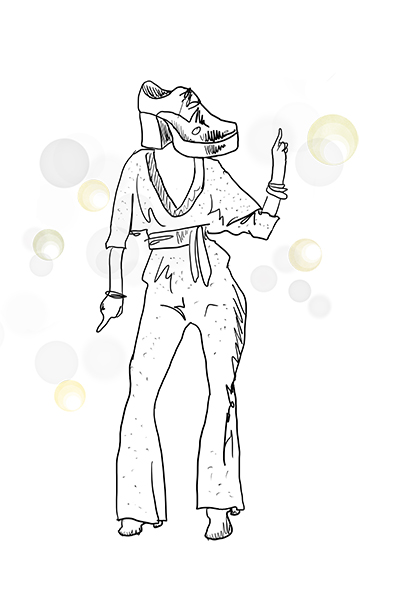 5) Cats (2019)
Sometimes you just experience a piece of art and immediately know it is great. As I was watching a train conductor cat sing in some competition of cats who want to die, I thought “THIS is great shoegaze.” That was the moment I knew Cats would make my top-five list. As I walked out of the theater all I was thinking about was I don’t know what shoegaze is. Oh lord, this is a cry for help! I never thought I’d get this far as a music journalist without eventually figuring it out. At some point I got too afraid to ask. I thought eventually I’d learn from context clues. Even the Wikipedia entry for shoegaze was unclear and unhelpful to my quest, as if the various people who wrote it each had no idea but thought everyone else did. If Cats isn’t shoegaze, what is?! Does anyone know?!