At the time of this writing, news has just broken of the acquittal of President Donald Trump on both of the articles of impeachment laid against him by the U.S. House of Representatives. The result is far from surprising, as the Republican majority Senate has long been expected to vote along party-lines, leaving Democrats in favour of impeachment far short of the 67 vote supermajority required to convict. The only surprising aspect of the Senate vote was that one Republican Senator, Mitt Romney, voted in favour of one of the two articles of impeachment—Article I: Abuse of Power. Reactions to the historic vote include a range of opinions from victory in absolution to cries that this event signals the death of democracy. With such polarity at play among the American people, I am charged with the task of explaining the national trauma we have just witnessed, as an outsider.

What exactly is impeachment?
According to the Constitution of the United States, “[t]he President, Vice President and all civil Officers of the United States, shall be removed from Office on Impeachment for, and Conviction of, Treason, Bribery, or other high Crimes and Misdemeanors.” Impeachment is the political process of charging a government official with conduct unbecoming of their office, including criminal activity, bribery, and treason, among other activities. The process is not the same as laying criminal charges that may lead to criminal penalties, it is a purely political mechanism to remove an unfit politician from office.

On the federal level, impeachment is conducted in two phases, one by the House of Representatives and the other by the Senate. The first phase begins with an inquiry, during which witnesses and evidence are gathered by the House Judiciary Committee. The House Judiciary Committee then drafts articles of impeachment and holds a vote to decide whether to pass their case on to the entire House of Representatives. If that vote passes, the House then reviews the case laid out by the Judiciary Committee and another vote is held to determine whether to impeach. If that vote is successful, the subject civil officer is considered impeached and the case is referred to the Senate to conduct a trial.

The second phase of impeachment is the Senate trial, which determines whether the subject of the impeachment proceedings will be removed from office. The Senate first drafts and votes on the ground rules for the trial. Typically, the Senate trial is conducted with the House of Representatives taking the role of prosecutor, the Chief Justice of the U.S. Supreme Court presiding, the Senate as jurors, and legal counsel for the impeached party handling defense. The trial restates the evidence used by the House of Representatives and is decided by a vote requiring a two-thirds consensus. 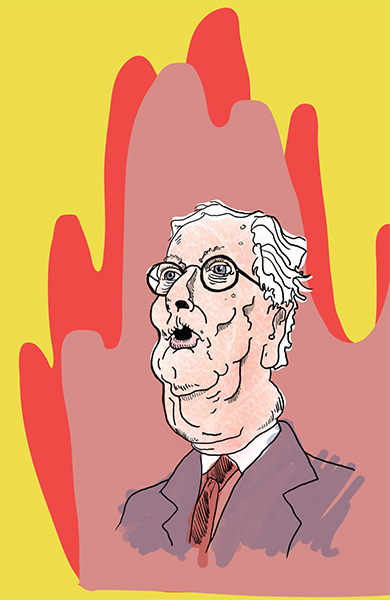 How has impeachment been used in the past?
Impeachment in the United States has a long storied history. Impeachment is most often pursued by individual states and territories to remove judges, governors, and other civil officials, but the U.S. House of Representatives has impeached 20 times since 1797. Those 20 formal impeachments included 15 judges and justices, one senator, one Secretary of War, and three presidents—Andrew Johnson, Bill Clinton, and Donald Trump. Articles of impeachment were also laid against Richard Nixon, but the impeachment proceeding was prematurely ended by his resignation on August 9, 1974. All of the presidents who have been successfully impeached by the House of Representatives were later acquitted by the Senate.

What was the case against President Trump?
The case against President Trump was two-fold, an initial article of impeachment for abuse of power, and a second that arose during the House inquiry for obstruction of Congress. The first article of impeachment was laid following the allegation that Trump had withheld military aid from Ukraine, asking Ukrainian President Volodymyr Zelensky for two favours. The article of impeachment accused Trump of “soliciting the Government of Ukraine to publicly announce investigations that would benefit his reelection, harm the election prospects of a political opponent, and influence the 2020 United States Presidential election to his advantage” and that Trump “sought to pressure the Government of Ukraine to take these steps by conditioning official United States Government acts of significant value to Ukraine on its public announcement of the investigations.”

The second article of impeachment was laid in response to the conduct of the Trump administration regarding witnesses to the alleged incident. The article alleges that “Donald J. Trump has directed the unprecedented, categorical, and indiscriminate defiance of subpoenas issued by the House of Representatives pursuant to its ‘sole Power of Impeachment.’” The committee alleged that Trump directed “current and former Executive Branch officials not to cooperate with the Committees—in response to which nine Administration officials defied subpoenas for testimony, namely John Michael ‘Mick’ Mulvaney, Robert B. Blair, John A. Eisenberg, Michael Ellis, Preston Wells Griffith, Russell T. Vought, Michael Duffey, Brian McCormack, and T. Ulrich Brechbuhl.” 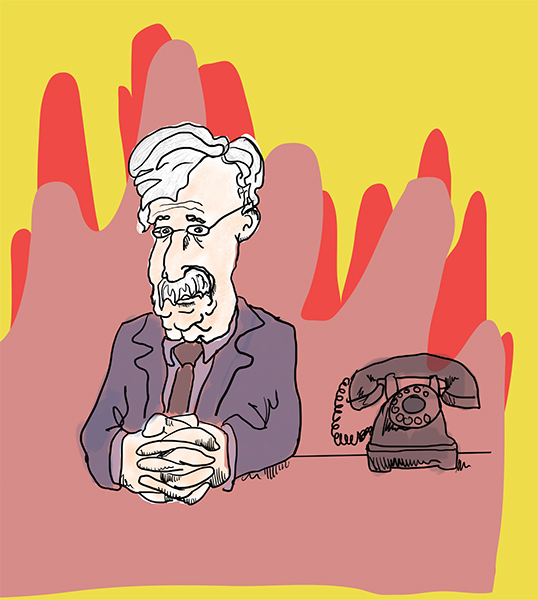 What was different about this impeachment proceeding?
The impeachment of Donald Trump was predominantly routine in the first phase, but with the key exception that several witnesses who were subpoenaed refused to testify as part of the coordinated effort by the White House to prevent administration officials from testifying. The official policy, justified ineffectively as a matter of executive privilege, became the basis of the second article of impeachment against Trump—Article II: Obstruction of Congress.

The Senate trial in the impeachment of President Trump was categorically unprecedented in that no witnesses were allowed to testify. The decision, made by the Senate in a 51 to 49 vote, was largely determined along party lines, with only Senators Mitt Romney and Susan Collins breaking with the Republican Party in support of hearing witness testimony.

What does this mean going forward?
The manner by which the Trump impeachment was conducted sets a nonbinding precedent that threatens the effectiveness of impeachment to remove corrupt officials from office. Though it is arguable that the impeachment process breaks down in the event of partisanship altogether, by setting a precedent for a Senate impeachment trial without witnesses, corrupt officials in the future may pursue similar tactics unabashed. In cases where witness testimony is the sole or predominant evidence of an impeachable offence, following the pattern of this impeachment trial may be sufficient to conceal and insulate more severe wrongdoing.