Hurray for the Riff Raff has evolved greatly over the years seamlessly without many growing pains to be told. The first time I saw Alynda Segarra on stage with the stage handle Hurray for the Riff Raff, it was a decade ago in the McMenamins basement venue Al’s Den in front of maybe 20 people or so. Segarra sat in a chair, dressed in a dress that’s design was inspired by the 1920’s era and sang into the microphone as if her heart could leap out of her chest right there and make us all cry at the sight. That night Segarra appeared somber and apprehensive to be on stage. Singing lyrics off her album Look Out Mama: “I’m a heavy headed gal. Full of sorrow, don’t ask me how- I got this way. Cause it’s been too long, to tell. But I’m getting tired, going down this road, all by myself.” A song reflected in her backstory that’s rooted in train hopping and traveling.

Alynda Segarra is of Puerto Rican descent who grew up in the Bronx of New York. Alynda landed in New Orleans in 2007, a place where many train hoppers and travelers go to retire or rest their heads for long periods of time. The first Hurray for the Riff Raff album was titled It Don’t Mean I Don’t Love You and was dedicated to the doctor who performed Alynda’s abortion at the age of 19. Some would say, their music was birthed from sadness. The following album Young Blood Blues was released in 2010. The album’s title song is composed of therapeutic melodies that resonate with the internal sadness that rests deep in all of our souls, singing lyrics like: “My best friend in this whole world, is a man who is dead and gone. Now I’m

bound to wonder, with nothing but his song. And he walked out of this world, as lonely as he came. You can rest assure you won’t see my man again. I’ve got the young blood blues.” Hurray for the Riff Raff wasn’t signed on to a major label until the release of Small Town Heroes signed to ATO records in 2014. This album integrated old-western tones into her blues and folk traditional spirit of music and illuminated any room it played in. Nevertheless, the lyrics of this album are still wistful. The title song beholding lyrics that say: “She was the queen. She got all her drugs for free. She walked up to her daddy’s door. He said, you don’t live here anymore. She wanted love, she wanted love. Oh, but she just couldn’t get enough. . . Now what’s the point in a wedding ring? ‘Cause we might not be here when next year comes. Well, I guess you gotta watch your back and carry a gun.” When sung to your ears in person, these lyrics have a profound effect on your psyche, bringing tears to your eyes and a lump to your throat. For those who have lived on the dark side of reality, Hurray for the Riff Raff’s music was your go-to when life was tenebrous and you needed someone to relate to. Someone to sing to you the feelings you couldn’t quite articulate as dim as they truly were. Segarra changed things up a bit in the 2017 album release The Navigator. This album has a few songs that are a break away from the tenebrous tones, where they integrate some of Segarra’s Puerto Rican roots with shakers, Bomba bass lines and vernacular lyrics. Who knew that this would be a stepping stone to an entirely new sound and Riff Raff experience? 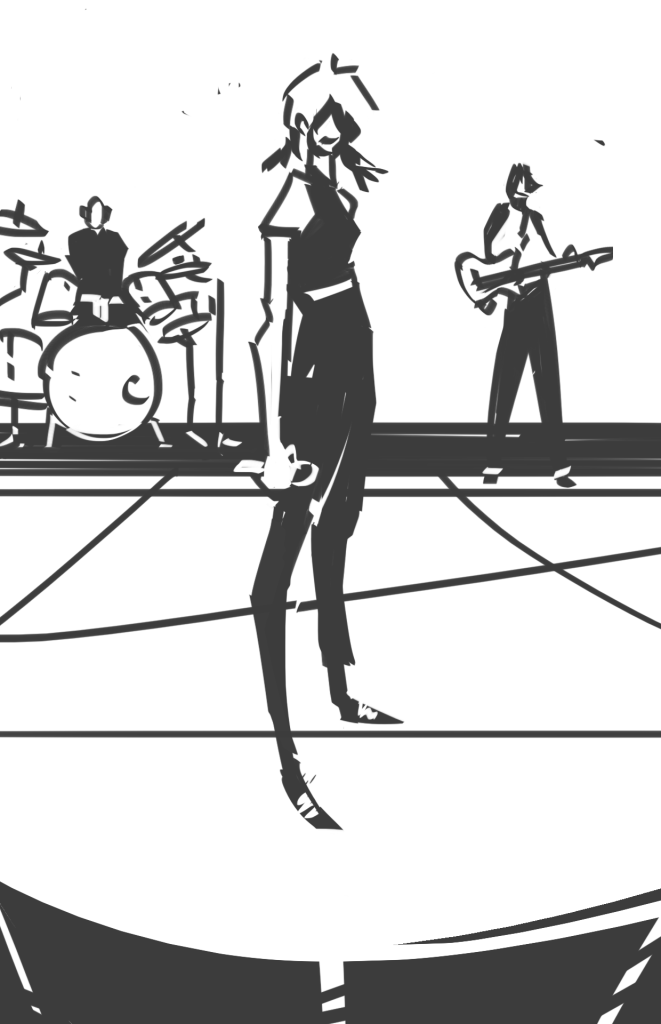 Hurray for the Riff Raff stepped on the Wonder Ballroom stage in Portland on 3.31.22. The stage was embellished with flowers that lined the mic stand, the drum set, the debuted synthesizer and other musical equipment. Just below Segarra’s table that held the lyric book was a Himilayan salt candle; an amiable touch. When Segarra came on stage, they resonated a fresh yet familiar persona and certainly was not wearing a dress design that belonged in the 1920’s like the Segarra we all had been familiar with. They rocked soldier boots, camo pants, an army green shirt and a radical 80’s style haircut. The crowd was taken back as Segarra walked on stage in their new skin, anticipating what the new album Life on Earth would sound like.

The debut show was an absolute excitement to be told. At first, watching Segarra in a shag and camo pants singing on stage in a combative dance to a synthesizer had most of the crowd stunned. No one knew what to think. Segarra went through all of the emotions in this album and even sang into a megaphone with a synthesizer and beat maker going along at one point. Life on Earth is composed of tones that reminded me of David Bowie, Portishead, and the Talking Heads. Fog machines poured mist on the stage as bright lights and a disco ball shined the packed venue. Segarra sang positive lyrics in a dance and an inspirational tone, “Monarchs in flight, dawn’s early light. Life on Earth is long. And the sun in the west and one you love best” breaking song and telling the crowd “I LOVE YOU PORTLAND! I’M SO GRATEFUL TO BE HERE!” As if Segarra survived something great and finally found their way out of the darkness. It was a shock, a complete innovation and evolution for the band. It took most of the room about 3 songs into the new album being performed for us to come to terms with what was happening. Then, heads started bobbing, this then turned into people dancing, and eventually into people cheering and celebrating Segarra and the band’s new skin.

To witness someone evolve from a dismal person who seemed uncomfortable on stage to a bold, edgy human screaming lyrics that praises and celebrates life behind fog and disco lights is galvanizing to say the least. Though, I’m sure many country western fans would not say the same, I personally think the evolution of Hurray for the Riff Raff gives hope to many of those who struggle with mental health issues and shows us that we too, can evolve.

Written By
Sarah Samms
More from Sarah Samms
On a warm fall day, October 14th 2022 to be exact, I...
Read More