A study released in November, 2019 affirms past indicators that young Americans now have a lower life expectancy than previous generations, but that similar trends are not observed in economic contemporaries of the United States. The study implicates rises in drug overdose, suicide, and certain organ diseases as contributing factors, but also contains troubling data on infant mortality and health care in the U.S.

Of the 36 Organisation for Economic Co-operation and Development (OECD) nations, the U.S. ranks 28th in life expectancy at birth in the total population and has the fourth highest rate of infant mortality. Rates of infant mortality dramatically over-represent African-American, Hispanic, and First Nations Americans. Despite spending nearly double the percentage of GDP on healthcare than 10 economic contemporaries—including the United Kingdom, Germany, Australia, and Japan—the U.S. reported lower health expectations and lower physician utilization and access to care. Increasing Life expectancy in the U.S. began to slow relative to contemporary economies in the 1980s before ultimately declining after 2014.

The decrease in U.S. life expectancy has been largely attributed to an increase in deaths among youth and middle-aged Americans. Highly represented in death statistics for these age demographics, particularly those under age 34, are hypertensive diseases and drug overdose correlating with the opioid crisis that began in 1991 and sharply increased since 2013. During the period from 1991 to 2017, the rate of fatal drug overdoses in the U.S. has increased by 386.5% across midlife age groups, aged 25–64, and 531.4% among those aged 25–34. Alcoholic liver disease increased by 40.6% over the same period.

Drug overdose, particularly involving opioids like fentanyl and heroin, has become a high public health priority worldwide, with six U.S. states, including Arizona and Massachussettes, declaring states of emergency. Harm reduction techniques have grown in popularity in nations most affected by the opioid crisis, including Canada, but have failed to gain widespread acceptance in the U.S. One technique includes the administration of naloxone, commonly known by the brand name Narcan, to reverse opioid overdose. The State of Oregon has established a Good Samaritan overdose law that prevents overdose victims and those who administer life-saving care, including giving naloxone or contacting emergency services, from prosecution for possessing drugs or drug paraphernalia, or for frequenting a location where drugs are used. The law also protects overdose victims and providers of life-saving care from arrest for outstanding warrants or probation and parole violations if evidence of their violations were obtained because they contacted emergency services to save a life. 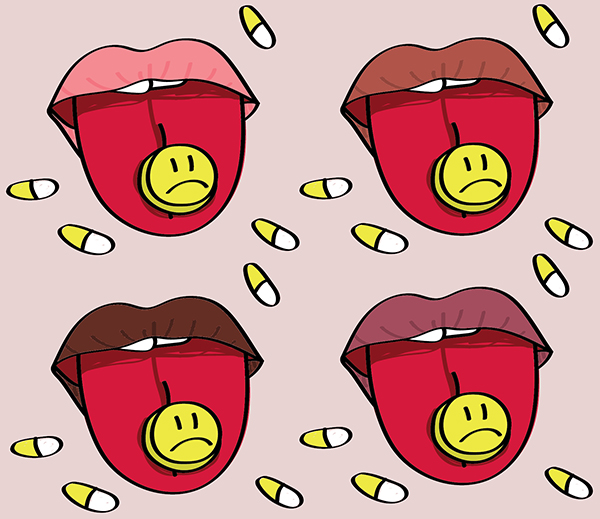 According to OECD data on suicide among member nations, the U.S. ties with Finland in eighth place at a rate of 13.9 per 100,000 people. CDC reports indicate that youth suicide in the U.S. increased by 18% between 2014–2017, reversing the trend toward decreased rates observed between 2007–2014. There is some evidence that climate change may be a factor in the increase of youth suicide rates in the U.S..

Stanford economist Marshall Burke led a 2018 study of over 600 million social media posts for depressive language and suicide data from the U.S. and Mexico, hypothesising that mental well-being deteriorates during warmer periods and that climate change may be driving higher rates of suicide. The authors of the study suggest that an additional 9–40 thousand suicides may occur before 2050 as a result of a warming climate. Solastalgia, or emotional distress caused by environmental change, is a known phenomenon that increases this risk. Another 2018 study published in the Proceedings of the National Academy of Sciences of the United States supports Burke’s hypothesis with meteorological data and reports of mental health difficulties between 2002–2012.

Though youth mortality data has shown a trend toward shorter life expectancy since 2014, there are some areas where remedies may be available. The authors of the November 2019 study “Life Expectancy and Mortality Rates in the U.S., 1959–2017” suggest that the correlation between longer life expectancy and health-care systems that provide universal access to care may indeed be causal in nature. Furthermore, the study suggests that political measures to reduce wealth inequality can dramatically improve life expectancy.

If you or someone you know struggle with suicidal thoughts, please call the National Suicide Prevention Lifeline at 1-800-273-8255.

If you or someone you know struggles with alcohol or drug dependency, please call the Alcohol and Drug Help Line at 1-800-923-4357.

Naloxone is available through many places including your local pharmacist and through syringe exchange programs like Multnomah County Harm Reduction Clinic and Mobile Exchange, Portland People’s Outreach Project (PPOP), and Max’s Mission. Training on the use of naloxone can be found at Oregon.gov, found through your pharmacist, or syringe exchange programs like the ones listed above.

Written By
Vivian Veidt
More from Vivian Veidt
As states across the nation enter their first phases of reopening, the...
Read More