The person behind me in the lecture hall has been clicking their pen on and off for the last fifteen minutes, and it feels like my heart rate has doubled. I can’t see straight. Every click of the pen feels like a hammer blow to my head. It makes my heart jump and my breathing grow short. Everything inside me wants to bolt out the door, but I can’t leave—the class has only just begun. But I can’t control the physical response that sound has elicited in me. I don’t want to ask the person to stop because I’m afraid of being unreasonable, but I can’t think, let alone concentrate. I feel trapped and powerless from something as simple as a pen rapidly clicking. That’s just a brief moment in the day of somebody with misophonia.

The phrase “nails on a chalkboard” calls to mind that terrible sound that sends shivers down most people’s spines. For someone with misophonia, sounds that seem benign to most people feel like nails on a chalkboard. Harvard Health Publishing defines it as being “affected emotionally by common sounds.” It’s hard to explain misophonia to someone who doesn’t have it. Common triggers include eating noises, gum chewing, licking fingers, sniffling, and even the way someone breathes. Misophonia isn’t just being “too sensitive.” It’s a physiological response that the person can’t control. It doesn’t care about your rational thoughts; it is immediate, unbridled rage and distress in response to certain sounds. But very few people know about this condition, making it difficult to explain and get help for.

A Harvard study on misophonia revealed that “persons with misophonia showed much greater physiological signs of stress (increased sweat and heart rate) to the trigger sounds of eating and breathing than those without it.” In addition to the physical reactions, different parts of the brain are activated: hearing trigger sounds makes “the parts of the brain responsible for long-term memories, fear, and other emotions” activate. This is all just from hearing common sounds. Because triggers are so ubiquitous, just taking the bus or going to class can be debilitating for someone with misophonia. 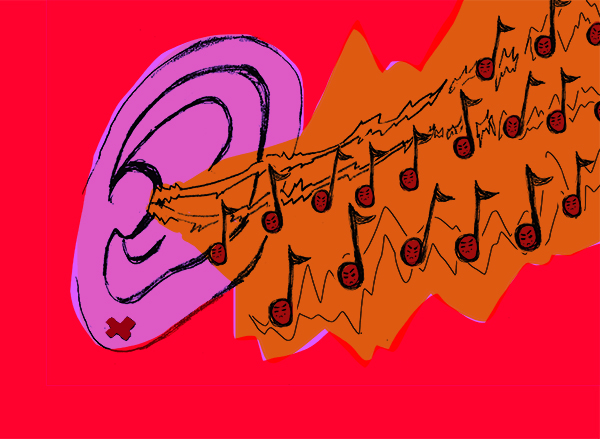 Here’s an example of how misophonia has interfered in  my regular life. Once, a family member had a cold that resulted in them sniffling every 30 seconds. I could hear it from all the way across the house. Rationally, I knew they couldn’t help it. I felt sorry, not angry, for them being sick. Yet my misophonia sprung into action like a hamster running furiously on a hamster wheel. Every time I heard a sniffle, it distracted me completely from what I was doing. My adrenaline spiked, my heart sped up, and it was hard to breathe. I wanted to slam my head into a wall to make the noise stop. Even though it was the middle of February, I went into the backyard to do my homework until I couldn’t feel my hands anymore. After that incident, I acquired a white noise machine that I could turn up to drown out sound that was bothering me. It improved my quality of life immeasurably.

Not much research has been done on misophonia, though I hope this will change in the future. It causes significant distress to people who have it. Because there hasn’t been much research, there also isn’t a cure. This is the case for most mental illnesses in general. You can’t cure them, but you can treat them and learn to live with them. As it turns out, Portland is home to a fair amount of misophonia research. The Misophonia Association was founded here in 2013 and holds conferences each year to raise awareness about the disorder. A leading researcher on misophonia, Dr. Marsha Johnson also practices in Portland at the Oregon Tinnitus & Hyperacusis Treatment Clinic. She works to fit patients with a hearing device that plays low background noise into their ear to help drown out the triggering sound, and her clients have had success with this treatment. White noise machines, like the one I have in my bedroom, are also a helpful coping mechanism for many sufferers. I reached out to Dr. Johnson and her team replied that “unfortunately insurance does not recognize yet misophonia as a billable condition so there is no way to bill for it.” This treatment starts at $250 for an initial appointment and can cost $2,000 for the aforementioned earpiece. The clinic said they “understand that this is a hardship for many people and hope that this will change in the future.” Recognizing misophonia as a disorder is an important first step so that people can get treatment. 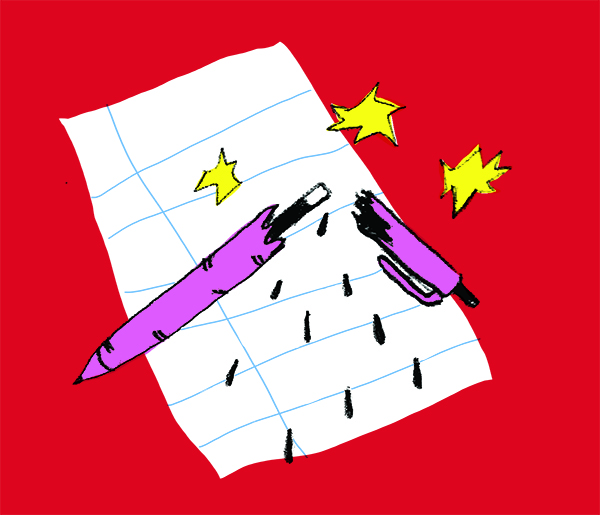 In my time in the ASMR community (see the article in this issue on ASMR), I have found that many ASMR-sensitive people also have misophonia. It’s worth examining a potential connection between the two conditions. Since ASMR is essentially a state of being sensitive to sound, it makes sense that misophonia would follow. It’s the exact opposite of ASMR—while one elicits a feeling of intense calm, the other brings panic and rage. It’s worth noting that many of the triggers for misophonia are also triggers for ASMR. For instance, listening to someone crinkle a plastic bag can be relaxing to one person and angering to another. It can even trigger both for the same person depending on the situation. I find this connection fascinating and hope that researchers will focus on it in the future so that we can learn more about how these two conditions are connected. Both ASMR and misophonia are a testament to the power of sound. Some people are just more sensitive to it than other people are.

Here is advice that doesn’t help people with misophonia: “Just ignore it,” “You’re being too sensitive,” and “You’ll learn to drown it out.” I have heard all of these and none of them are true. Maybe some people can ignore the sound of someone clicking their pen on and off over and over (and over), but to someone with misophonia, it’s as loud as a sledgehammer. We would love to be able to drown it out, but we can’t. I can only hope that misophonia research continues and is made widely available. One person’s mindless fidgeting is another person’s sensory nightmare. I urge people to be more considerate of the space they take up and to be conscious of the sound they’re making. There are many quiet fidgets that don’t disrupt others, and they do the job just as well. Together we can make the world a more comfortable place for everyone, misophonia and all.

Written By
Claire Golden
More from Claire Golden
When I’m getting to know somebody new, there’s one question that I...
Read More