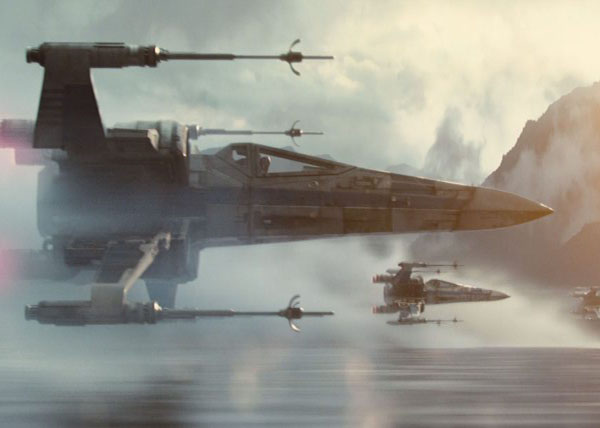 The force has awakened and so have audiences around the world. Back in 2012 when George Lucas sold his mega-franchise to The Walt Disney Company it was announced that Lucasfilm and Disney would begin production on a new “Star Wars” Trilogy. Now after years of speculation, trailer reactions, and some of the largest hype around a film since 1999’s “The Phantom Menace,” I can say that “Star Wars” is back and better than it’s been in years.

The seventh installment in the “Star Wars” saga, “The Force Awakens,” not only brings back old favorites, but introduces viewers to some of the most captivating new characters that have been seen in this series since 1983’s “Return of the Jedi.” The stand-out performance of the film is newcomer Daisy Ridley, who plays the protagonist, Rey. Ridley plays the part with both ferocity and grace. Ridley is sure to become a household name in a matter of time, as she brings a soon to be iconic role to life. Her life as an unknown actress is over.

The rest of the new cast is phenomenal as well. They encapsulate the characters they play, even if some were not as fleshed out as some might hope. The most obvious are John Boyega, who portrays the Stormtrooper Finn, Oscar Isaac, who plays Poe Dameron, the roguish Resistance Fighter, and the intimidating Adam Driver, who owns the role of Kylo Ren. Apart from these three, there are many other great performances that sadly do not get enough time to really shine, especially the heavily marketed Captain Phasma, played by Game of Thrones alum Gwendoline Christie.

Harrison Ford, Carrie Fisher, and Mark Hamill all return in their respective roles. Ford gives one of his best performances as the smuggler Han Solo. Not since 1980’s “The Empire Strikes Back” has Ford portrayed the character with such humor and heart. Carrie Fisher plays, now General, Leia as a strong leading performance, though it can seem a bit rusty at times. As for Hammill’s performance as Luke Skywalker, not much can be said without spoiling the film. To say the least, fans will not be disappointed. His transformation from small farm-boy to now leaves a powerful beat in the film.

The film has set a new standard for “Star Wars” films. From the amazing long-awaited return to practical effects, to the thrilling new action scenes, the movie truly feels like a return to form for the franchise,while also advancing the standard for practical effects (just look at BB-8). There are a few scenes though that do feel out of place among this very real feeling world. The performance captured by Andy Serkis for the character of supreme leader Snoke, though intimidating, does feel a tad out of place in this world.

There are a couple more scenes and effects that do use heavy CGI which continue this off-putting trend.The story itself has left many divided. As with all the Star Wars films, the story beats are very familiar, but this film at points does feel like a soft reboot of the original “Star Wars, Episode IV: A New Hope.” The final battle to destroy the First Order’s Starkiller Base is especially similar and might leave audiences a tad bored. This nostalgia is really the weakest aspect of the film, and it feels that the filmmakers had little confidence in their own new story.

It is the new additions to the film that are the it’s strength. As this new film ended, I felt a hunger to know more about this new Star Wars universe and the new cast of characters. And I suppose this is a good thing. I am completely satisfied with this awakening for “Star Wars” and am eager to return to it as soon as possible. “Episode VIII” couldn’t come sooner.

Written By
Matt Berger
More from Matt Berger
Since its announcement, “Wonder Woman” has had a continuous uphill battle ahead...
Read More