Released in theaters July 14 2021, Michael Sarnoski’s “PIG,” begs the question, what is worth caring about, and why? Starring Nicolas Cage on a quest to recover his stolen truffle pig in Portland, it amplifies this dilemma, the cry of our times. It explores the things we love most about our city and the lengths which one is willing to go to preserve them. Though things about it have changed, and continue to change, those who are in love with it can’t bring themselves to leave. Ask any long time resident of Portland and they will tell you that the city has changed. It isn’t the same Portland they remember. The people are different, the traffic is worse, and condos scar the skyline; it doesn’t even rain as much anymore. They mourn what has been lost to the change.

Cage’s character, Robin Feld—a once revered Portland chef who left the city to live alone in the woods fifteen years prior—is the embodiment of that mourning. He seems to have held onto the last thing he deemed worth caring about—his beloved pig—and when she was stolen from him, he returned to the place he had scorned, Portland, to save her. So, he hopped into his long neglected pickup truck, and when it wouldn’t start, he set out on foot to call his only current contact, a young truffle salesman named Amir—played by Alex Wolff—to whom he’d been selling. As he is chauffeured around the city in Amir’s yellow Camaro, the lights and the bridges tessellate and twist in his vision. We are taken on a tour of the city’s culinary underground, through the eyes of one its veterans. One by one, he confronts old contacts who’d all but forgotten he was alive, desperately hoping to find his pig. 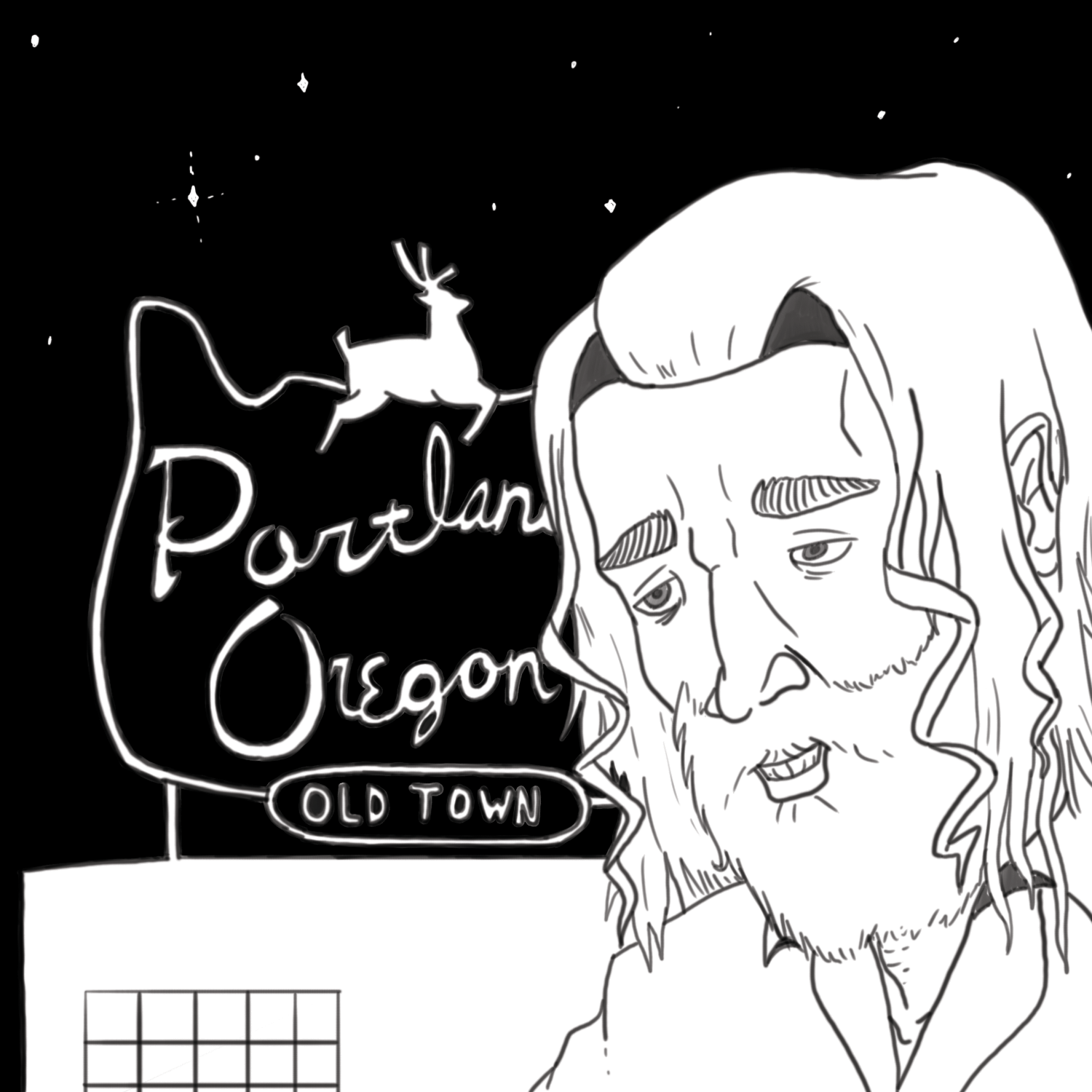 Audiences that are expecting a darker and more eccentric version of John Wick, may be surprised to find that, beside the loss of a beloved animal companion, the two films have very little else in common, paying homage and sharing themes more often with Fight Club, based on the novel by former Portland resident, Chuck Palahniuk. Director Michael Sarnoski draws inspiration from the David Fincher playbook in his cold and dark color schemes, with many of the scenes washed out with a monochromatic palette. Robin’s cabin is a murky green, the interior of a tent behind a food pod is dull and yellow, the hottest trendy restaurant is an icy metallic blue, allowing the audience to experience the emotional subtext as Cage gives one of his most subdued performances to date. His legendary ‘Cage rage’ is replaced by the demeanor of a tortured Buddha, a martyr for the sins of new Portland.

He tells his young truffle selling companion that he doesn’t need to care so much about what his father thinks of him, because at any moment, an overdue sub-continental earthquake could level the city and send a towering tidal wave submerged any who survive. Yet, Feld continues to track down his pig. He claims that one can choose not to care, yet his caring seems overwhelming and involuntary. As much as he chooses to separate himself from society, from the people of Portland for whom he cooked, he admits that he remembers every meal he cooked, and the faces of the people for whom he cooked. We can attempt to separate ourselves from the fate of our city, our culture and our country by living alone in the woods. We can  justify our inaction with the futility of some unavoidable cataclysmic event, but how can we separate ourselves from the things for which we care if caring for them isn’t truly a choice? Even Feld, who has shunned his past and the city that holds its ghost, couldn’t bring himself to live further than an hour or two from it. As I sat in the theater, sharing a viewing experience with fellow Portlanders for the first time in over a year, some laughed, and others cried each time Feld posed the question. What is it about Portland that makes it worth caring for? If an earthquake can demolish it at any time, why not pack up and move to Seattle? Because fuck Seattle, that’s why.