I’m not sure what the right answer is to the question of graduation, but I do know what isn’t: Virtual commencement.

Graduating seniors have had to temper their expectations on various things many of us were looking forward to: No final term with our peers, no in-person goodbyes, no viable job market for many majors. Grad and honors students working on research theses have had to alter their original ideas to work around the crisis, and those involved in Spring sports won’t get to finish out with their team. On top of this, graduation appears to be in flux. Although University Communications reached out on March 26 that Portland State University will transition to virtual commencement ceremonies at all schools and colleges in June, many students have started petitions against it and been generally vocal about their disdain for the idea. Since then, ASPSU president Kyle Leslie-Christy has mentioned in their weekly newsletter that “the conversation seems to have refocused around giving students options.” Leslie-Christy advocated for the option of a virtual graduation as well as smaller, likely major- or school of study-based, in-person ceremonies at a later date in either the Viking Pavilion or the Park Blocks.

There is hope for development. University of Oregon announced on April 24 that they would hold a combined graduation next year for 2020 and 2021 grads, as well as hold their own virtual commencement in June. U of O is a similarly-sized campus, and they don’t even have access to the Moda Center. There’s no reason why PSU couldn’t run with the same plan or, at least, express the same consideration for students’ desires.

Some might not see the issue with a virtual commencement, but it’s hard to deny that virtual commencement paints a rather downer picture: Sitting at your kitchen table, a single sad balloon behind you, no cap and gown, staring at your screen. Maybe your parents are there, maybe not. Maybe it’s just a roommate or your partner. Maybe there’s no one at all. No one hands you a diploma or shakes your hand. Instead, there’s a confusing Zoom stream with hundreds of people logged on. The stream glitches when some names are announced. At the end, you log off and can’t do anything to celebrate except maybe have a glass of wine or a Fred Meyer bakery cake. Maybe. There’s no way of knowing what it will look like except what we can conjure in our minds. Because it’s so different from what we were looking forward to, the image skews negative.

Clearly, students are upset about this. I was able to obtain statements from five students who started online petitions to postpone PSU’s graduation. Many, like soon-to-be-grads Annie Bates, Noemi Martinez-Gonzalez, and Marena Riggan see graduation as the symbol of their success. “To me, graduation means that all my years of hard work has paid off and I’m being recognized for it,” says Bates. For Martinez-Gonzalez, that moment of walking across the stage would be significant for more than just herself. “As an immigrant and first-generation student, I would be the first person in my family to walk across a commencement stage,” she told us. “It is of utmost importance to share such an accomplishment with the same family and friends who have supported me along the way.” Riggan faced hardship to get this degree, being “the only child in [her] family to not receive support, financial or otherwise,” and had to fund her way to her degree. “Graduation has been long-anticipated in my mind, because even though my family was not on the guest list, I still wanted to invite the people who deserved to be there.” 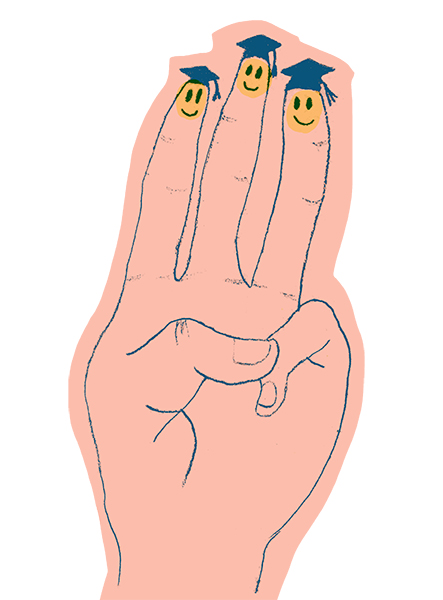 Graduation matters; it’s not fair to sweep it under the rug and pretend that students won’t feel strongly one way or the other about the issue. PSU choosing to ignore cries for a postponement has resulted in frustration. Seniors Elana Goldman and Kirk Jungles brought up this very point in their statements to me. According to Goldman, “virtual commencement is incredibly disappointing and wasn’t decided with the students in mind.” Jungles agreed, saying with “absolute certainty” that virtual commencement “could not possibly offer the same value” as a postponement. Goldman’s parting comment hit the nail on the head: “This is a difficult time for everyone—however, with strong community [participation] we could come to a solution we all agree on.” Right now, seniors don’t feel heard or represented. It’s up to PSU to listen and react in kind.

In relation to other issues during the pandemic, this is a small matter. When there are many students whose studies have been entirely disrupted, or students who may not know where their next paycheck is coming from, graduation isn’t at the forefront of PSU’s concerns. However, it is something that seniors have been looking forward to for a long time. I don’t think it’s wrong to want something better than a virtual graduation, even if such a thing is futile.

More than anything, the backlash against virtual commencement is a sign of even larger frustrations. That’s okay. People will tell you that being disappointed about things you’ve looked forward to is to ignore the bigger issues. While there are larger, life-saving concerns, isn’t it understandable that students might be upset that life isn’t turning out like we thought it would?

We can make graduation whatever we want it to be. As long as people are kept safe, there are no rules. Perhaps virtual commencement seems like the best option to you. That’s great! I’m glad you’re finding something to look forward to. But for those who don’t like that option, there should be something else to be excited for. As we all know, there’s so little of that these days. 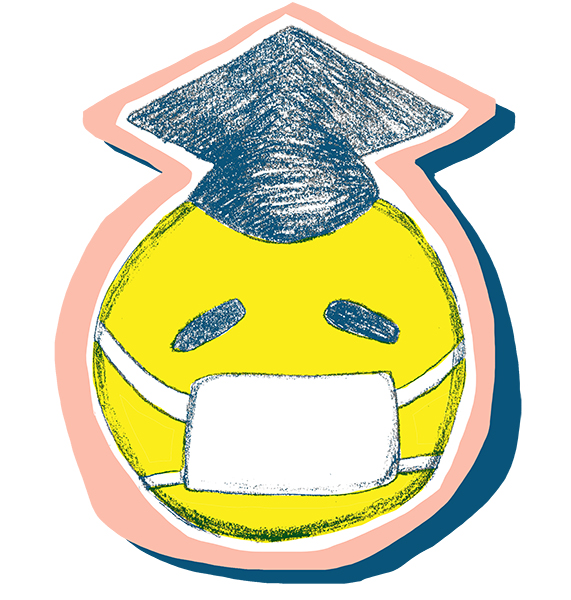 Personally, I was recently sent an email from the honors college asking what sort of virtual ceremony I would like. One of the options available was to send in a video of myself standing up from a chair, just like in real graduation, to be broadcast during the ceremony. It was depressing to think about, and I’m someone who doesn’t even care much whether I have a graduation or not. Virtual commencement is, at its very core, disappointing and sad. Imagine how sad it is for students who have been looking forward to that ceremony!

For this reason, I endorse ASPSU’s idea to have multiple options available to students. I don’t think virtual commencement should be the only option, even if I don’t think it should be cancelled either. Instead, virtual commencement should be opted into if you believe it’s the best option. Others should still be able to hold smaller ceremonies later on and, I believe, a full ceremony either next year or in the Fall should be an option as well. Seniors worked hard to get where they are and although a Moda ceremony won’t be happening this year, we should be able to choose how we get to celebrate.

Written By
McKinzie Smith
More from McKinzie Smith
If Joe Biden gets the Democratic nomination, the DNC will have failed...
Read More