You may have seen some attention-grabbing headlines in the past month regarding the future of the movie theater. “‘Trolls World Tour’ Seems to Prove Movie Studios Don’t Need Theaters” and “‘Trolls World Tour’ Straight to Streaming—Sign of the Times or the New Normal?” seem to spell disaster for the movie theater industry at the hands of…the Trolls franchise? Actually, the issue is more complex than it first appears. To understand what’s going on, let us first look at the Universal Pictures v. AMC Theaters feud.

Universal is the owner of the Trolls franchise. As the owners of the franchise, they saw the budget of the newest installment, Trolls World Tour (somewhere between $90–100 million), and started to sweat. The pandemic had shut down movie theaters all over the world, so how were they going to make that money back? They had one option: video on demand. In a mere three weeks, Trolls World Tour had already made back its budget. This came as a welcomed shock to NBCUniversal CEO Jeff Shell. “As soon as theaters reopen, we expect to release movies on both formats,” he promised. In response, AMC Theaters vowed to never show a Universal movie ever again. If any other studios decided to do simultaneous theater and VOD releases in the future, they too would be banned. It’s a fight between our collective past and a potential future; if all distribution companies did as Universal may, theaters would likely close en masse.

First, aren’t both companies being a bit petty? Well, yes. But no one ever said business wasn’t full of petty fights. Ignoring the players entirely, what would you rather see happen? Should companies release films VOD at the same time as the theaters, giving the consumer more choice in how they view their product? Or should they keep with the theater model, allowing theaters to flourish and provide a more luxury experience? Personally, I’m in favor of the old model. Theaters provide an important experience and they simply cannot survive a dual VOD/theater model. 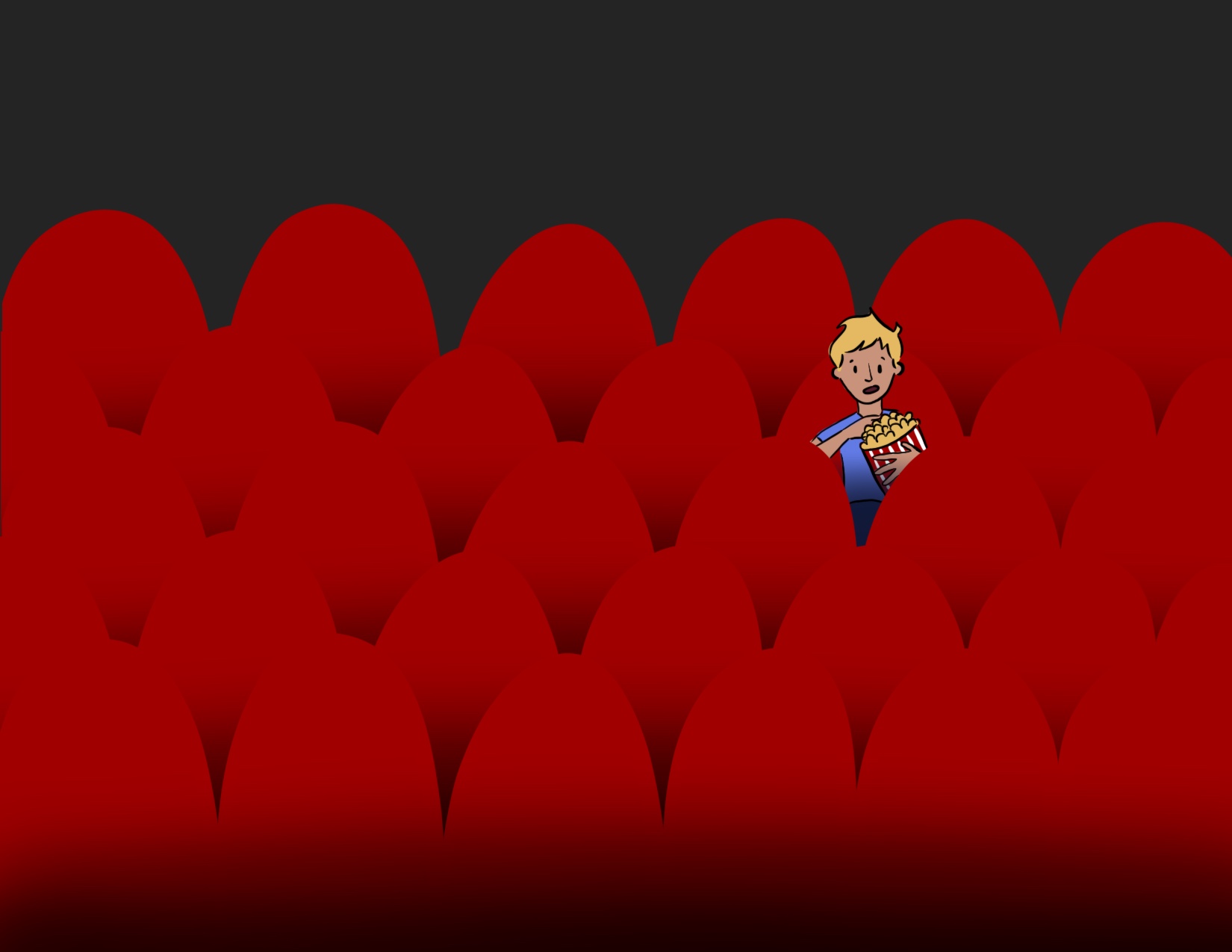 The biggest argument in favor of VOD releases is the price. Trolls World Tour is currently available for rental on Amazon Video for $19.99. For the typical viewers of a Trolls film, this is a great price. Seeing that the average movie ticket is $9.26, a family of four would save a whopping $17.05. However, this argument only works for families or groups. If VOD were the main model for viewing new movies, dates and single film viewers would be getting a substantially worse price, with a single viewer paying an extra $10.73. In fact, families would get the better deal overall; no having to take your kid to the theater and hoping they stay quiet in their seat, no overpriced candy concessions, no having to pay attention to a kids movie you might not even like.

For the rest of us, this would be an unfortunate blow. My boyfriend and I used to go to the movies almost every weekend before this started. Not only would we be paying more for a VOD movie, we wouldn’t be getting the theater experience. No matter what you think about movie theaters, the theater experience is entirely unique from the typical home viewing: The big screen, the dark room, the state-of-the-art sound system. No glare from your window on the screen, no distractions. Not to mention, going out to the theater doesn’t just stimulate the theater business. Going to the theater is accompanied by going to a restaurant or bar for dinner. Depending on the area we’re in, we’ll probably go into stores and look around before we see the movie. A movie date isn’t just a movie date, it’s a whole evening of supporting local businesses.

I’m tempted to say that family films should be available for VOD while other films, from Marvel blockbusters to festival indies, do theater only releases. However, family films tend to make substantially more money than those that aren’t family friendly (an average of $40.7 million per film as opposed to $19.8 million per film). Even if only family films were given VOD releases, the theater industry would still lose out on necessary funds. This has the potential to be a long conversation between studios, theaters, and consumers once we begin to move out of the pandemic.

For those of you like me, who do believe in the theater and all it has to offer, there are ways to help. If AMC shoots itself in the foot with this stunt, there are still other theaters. Portland is host to a large selection of indie theaters. These are the businesses that truly need your help. They were never going to show Trolls World Tour anyway, but they are still at risk during this crisis (more so than a corporation like AMC or Regal). These are the theaters that were always reasonably priced, with unique selections and devoted film-going communities. If you’re one of those devotees, check the list below for ways to support your favorite local theater:

5th Avenue Cinema: PSU’s student-run cinema is supported by university funds, so you’re already doing your part by being a student! However, they have an actually-really-good podcast hosted by 5th Ave employees in the meantime. You can find it on their website at http://www.5thavecinema.com/.

Hollywood Theatre: There are multiple ways to support the Hollywood. You can rent and stream films on their website, give a one-time donation, buy merch and gift cards, or become a member at https://hollywoodtheatre.org/.

Laurelhurst Theater: Gift cards are available on their website https://www.laurelhursttheater.com/.

NW Film Center: The Film Center shows films at the Portland Art Museum’s Whitsell Theater as well as organizes the Portland International Film Festival. You can donate one time to both PAM and NWFC or become a member at https://nwfilm.org/.

At the end of the day, we can’t know the future of the theater. It depends more on what consumers choose to do than anything the studios or theaters will attempt. The Trolls won’t kill cinema; only we can do that. As long as there are still people supporting cinemas, they won’t ever truly go away.