The Israeli-Palestinian conflict of the Jerusalem peninsula is a tough subject for some to talk about. From October 5–7, 2018 Portland State University’s 5th Ave. Cinema hosted the Palestinian film festival entitled Human Rights in the Holy Land: The Rest of the Story. The festival consisted of several movies examining the conflict from the Palestinian perspective and multiple short clips gave an explanation of the regional conflict’s history in some aspect or another.

The Stones Cry Out is a film which showed how for 70 years, Palestinians—including Muslims, Christians, and others—suffered occupation, oppression, expulsion, displacement, and even wars. The film gave a voice to the often silenced Palestinian Christians during these tumultuous events. The film covers the time period from the 1948 Palestinian exodus, known as “Nakba,” in which 700,000 Palestinians fled or were expelled from Jerusalem during the Palestinian War, to the present day.

The Wanted 18 documented a group of Palestinians in Beit Sahour who started a dairy farm and hid their 18 cows from Israeli security forces when the dairy collective became deemed a threat to the national security of Israel. The film was a split of both live footage and animations.

One of the more shocking films of the festival was created by a Portland local filmmaker named Zelda Edmunds. Edmunds film, Imprisoning a Generation, examined ways in which Palestinian children are arrested and imprisoned by the Israeli state in an attempt to break the next generation. It follows four Palestinian children who are imprisoned in what was formerly their home, but is now Israeli territory, and the torture they endure on a daily basis. It’s difficult to not draw a comparison between the recent detainment of children by Immigration and Customs Enforcement (ICE) and this situation. More on this film can be found at www.anemoia.net.

Perhaps the most thought provoking of the films was The Occupation of the American Mind. Prior to the screening was an eight minute clip that explored the history of how the Jewish people fled Europe following the Nazi holocaust of WWII and claimed Jerusalem as their own, citing biblical text as proof.

The Occupation of the American Mind showed how continual Israeli military occupation of Palestinian territory coupled with non-stop invasions of the Gaza strip have been scrutinized worldwide except in the United States. It also explained how the US has continually provided support financially to the Israeli state since its creation.

It played to a packed house of about 50 to 60 people. Those in attendance were eagerly intrigued and interested at the beginning; but within a few minutes of the main film starting and the overwhelmingly terrifying history of the conflict it showed, the crowd changed to a more quiet and solemn demeanor.

The conflict began with the Zionist movement becoming a political aspiration in 1897 for the Jewish people to reclaim the land of Zion, which had been a part of the Jewish belief system for well over a millennium. However, since the 1500s the region had been primarily inhabited by Arab Muslims and most of the Jewish Population was spread throughout Europe.

There had been many attempts for mass resettlement of the region by the Jewish people but it wasn’t until the atrocities of the Jewish Holocaust that mass migration to Jerusalem occurred. In 1947, the UN ruled that the region be split between the Jewish and Arab peoples; 55% of the land was given to the Jews and 45% to the Arabs. This was instantly contested by the Arabs as being unfair. Since that time there has been a vast number of conflicts between the two groups.

The Palestine War from 1947–1949 began quickly after the UN mandated territorial split; this was immediately followed by a period of incredibly violent fighting between 1950–1967; which led right into The Six Day War of June 1967; then another period of intense fighting from 1967–1993 which reduced the amount of territory occupied by the Palestinians to what is currently known as The Gaza Strip and the West Bank with a few small outcroppings of settlements in-between.

From 1993–2000 the Oslo Peace Process saw representatives of the Israeli government and the Palestinian Liberation Organization negotiating towards a proposed two-state solution—which ultimately failed. 2000–2005 was one of the most intense periods of conflict between the two states and was known as the second uprising of the Palestinian people, from that time in 2005 a Palestinian group known as Hamas which works towards the obliteration of the Israeli state on their ancestral land as their main objective has grown in power and has made it clear they will never accept any form of a negotiation or peace treaty as sufficient enough to make up for what they and many other countries see as the deliberate cleansing of a people.

After the movie, a panel consisting of Jenka Soderberg from KBOO radio and the Ned Rosch of Jewish Voice for Peace Portland spoke about the films and the conflict. Ned shared how he was of Jewish descent and that having studied the conflict so intensely he can’t help but feel horrified for the pain the Palestinian people have felt. Also during the panel the distinction was made clear that these films were not meant to generate an anti-Semitic mindset but to bring a voice to an often silenced cultural outcry. Since President Donald Trump declared Jerusalem as the Israeli capital on December 6, 2017 tensions in the region could only foreseeably intensify further. 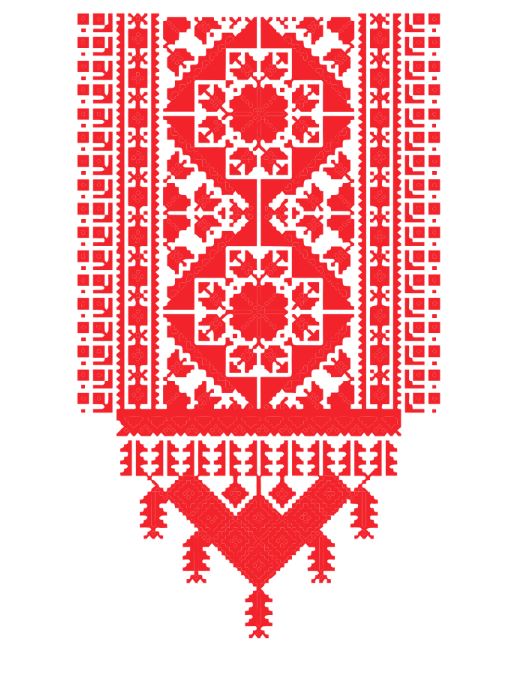 Written By
Cory Elia
More from Cory Elia
Patriot Prayer marched in downtown Portland on October 13, 2018 as a...
Read More