Back in 2013 Quinn Sullivan was just another Viking Motorsports (VM) team member who was interested in learning more about automotive engineering. He had a love for both combustion and electric-powered cars. He joined the VM team like most members do, by looking for hands on experience working on building competitive race cars. VM’s goal is to compete at the annual Formula Society of Automotive Engineering (FSAE) competition held in Lincoln, Nebraska each June. Sullivan’s first competition on the VM team was in 2013, their focus was on combustion based engines, but 2013 was also the year where the FASE introduced an electric car competition. Once Sullivan and the team got to see, first hand, what electric race cars were capable of, he quickly became obsessed with them. Sullivan began devouring the 2014 rules and guidelines for upcoming FSAE electric competition. Sullivan decided to devote his Master’s thesis on building an all electric race-car for the VM team at Portland State University (PSU). Through hard work and many long hours in the workshop Sullivan and the VM team were able to complete PSU’s first ever all-electric race-car, which they submitted into the 2014 FASE competition. Unfortunately, due to the lack of manpower on the team, as well as a dual focus on both Sullivan’s all-new electric car and traditional combustion-powered cars, the team did not do well and finished 13 out of 14.. 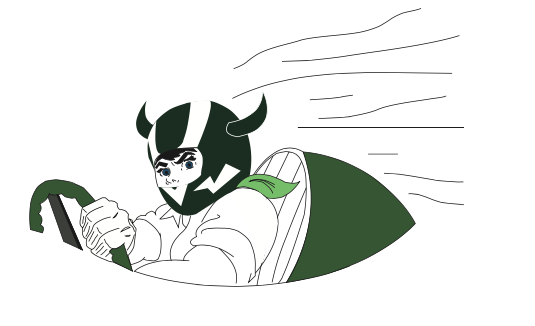 “We didn’t have all of our circuits completed and working, didn’t meet the rules, didn’t even have all of the components and the materials there to meet the rules,” Sullivan said about his team’s shortcomings that year. Sullivan further said that his team understood their shortcomings and considered withdrawing before the competition, but overall they felt “the project might not have gotten pushed to completion, and we wouldn’t have acquired the knowledge from the competition, and may have made the same major mistakes.” Through the trials and tribulations of 2014, the electric race car was officially in the fold for the VM team moving forward.
The VM team is a student run organization that is open to anyone who is interested in gaining hands-on experience by building competition ready race cars. Anywhere from 15-30 people make up the team at any time, which is made up of mostly mechanical engineers, electrical engineers, physics, and business majors. The VM team first participated in the FSAE competition in 2002. VM’s original goal was to create a car from scratch and enter it into the FSAE competition each year. The team would start with donated parts and attempt to create a completely new design for their car each year. After four missed attempts, over several years, for FSAE qualifications, due to difficulties fundraising and attempting to create a new design each year, the 2016 team has decided to adapt a new strategy. According to the team’s website “The team will engage in an evolutionary process of designing, testing, and improving systems of each year’s project car while utilizing already proven designs.” Other shortcomings the previous teams were having included completing all the proper documentation on time, and having the car tested on weekly runs on the track.
Current VM team President, Shastina Holmes, experienced these setbacks when she first joined the team in 2015. The first thing Holmes wanted was to focus on getting her teammates to do the best that they can by providing a more responsible, communicative, focused team then in years past. Holmes said, “If you look at the breakdown points one-third is documentation and two-thirds is just racing the car, and so the goal this year was to get all documentation done on time, so we didn’t have any late paperwork. So if we lose points for anything it is because [of] the quality of the work instead of being late, because that is not a really good reason to get points taken away.” This years team did not have a Business Major, whose job is to complete the documents section for competition, and in the past take on this portion all by themselves. Holmes saw this as an opportunity for everyone to get involved and help complete the documentation portion that is very valuable to the team’s overall performance. Holmes also saw this opportunity as a way of holding each team member more responsible for documenting all things they do when working on the race cars, something leaders in the past looked over.
“This year one of our main objectives was documentation, and project management, building a better project management way of running the team. We have a wiki now that we didn’t have before that we learned from another team, where designs are completed. There is a complete technical write up of it, so that when a new member comes, they can learn about what’s going on with the sub system they are wanting to work on,” Holmes said, “another thing that we really want to focus on is the cost report. It is one of the bigger documentation things that we have to do and we are making an Excel sheet that can be used every single year, to make it super easy to input numbers… it’s… pretty set to what car it is. So it is not this whole new constructive cost report every single year which is pretty time consuming to do.”
“The biggest difference is she takes input from everybody, we didn’t have the leadership that would listen to everybody before,” said Tyler Gilbert, the team’s electrical safety officer, and two-year veteran on the VM team, “everyone feels like they have a voice and we are just trying to win together as a team.” He also added that “…she implemented getting more things documented, designed and made it more professional, instead of something you would slap together at the last minute, and a lot of that is documentation.”
The VM team heads to Lincoln, Nebraska from June 15-18, with a reshaped focus and determination to prove that PSU can compete with anyone in the world. From Quinn Sullivan’s dream, to Shastina Holmes foresight, this year’s VM team is looking for unprecedented success. This year’s team and the future VM teams are now officially not just looking to compete, but through particular planning and structure are looking to make an impact for many years to come.