Ahh, the wonderful world of Animal Crossing. What an adorable distraction from the lull and stress of our current times! (If you’re unfamiliar with this dreamworld, check out this recent review on the series from our very own McKinzie Smith; if you’re thinking about buying the newest game there’s also this even-more-recent review of New Horizons by Jacob Cline.) With the release of the newest addition in the series, there have been a lot of first-time players who are just discovering Animal Crossing. New Horizons sold more than any other video game in March, giving it the 3rd highest global launch rate month out of all the games Nintendo has ever released. Because the game is so popular and I’ve been playing so much recently, I figured I’d share some insights in order to justify my addiction—er, I mean, in order to help all you new villagers out there!

Now, this isn’t going to be a “get rich quick” guide. There’s so many out there already if you’re interested. That’s not what thrills me about this game anyway. Sure, you can quickly become a millionaire by changing your Switch’s clock in order to time travel and trade turnips on Discord servers, but then you’d be cheating, and then how would you be able to sleep at night?

Honestly, you should play the game however you want. The creators intentionally centered Animal Crossing around real-time, but they don’t make time travel impossible either. “We do think that playing without traveling would probably be the ideal way,” said producer Hisashi Nogami in an interview with the Washington Post. Perhaps the ideal way, but not the only way.

My friend, a time-traveling connoisseur, argues that they left this alternative way of playing available to accommodate those who aren’t interested in or able to keep up with a real-time based game in order to have a more pluralistic audience. My opinion is that there’s already so much to appreciate about the game as it is and the time aspect adds an exciting element to logging in to the game, discovering what’s new, and looking forward to the latest developments. Here’s a brief guide that I compiled on some of those activities in New Horizons that I think make it such an enjoyable game.

Tip #1: Talking to the Villagers

They say the darndest things. One of my favorite villagers was telling me why they preferred crunchy over creamy peanut butter: “gives you more to do.” Profound stuff, Nate.

If you talk to them multiple times, you’ll unlock special dialogue and interactions. They’ll give you tasks to do and rewards for completing them. They’ll also buy critters in your inventory at twice the price. On the contrary, if you don’t talk to them they’ll start to miss you. They’ll eventually consider leaving your island altogether (which is a good way to get rid of any residents you might not like).

I bet you already know this one, but: If you visit your villagers while they’re in their house and they’re using their DIY bench, talk to them and they’ll give you a recipe. Recipes are awesome and aren’t easy to come by. Which brings me to my next tip…

The creators really went all out on the new crafting feature. With countless unique items to craft and customize, not to mention the terraforming aspect of the game, there’s no limit to how much you can design your island. I have a great time trying to collect and build as many DIY recipes as I can and figuring out the best way to display my latest projects.

It’s exciting to try to collect them all. Each day, a bottle will wash up on the beach with a DIY recipe inside. These can also be found in the floating presents that pass by over the island. 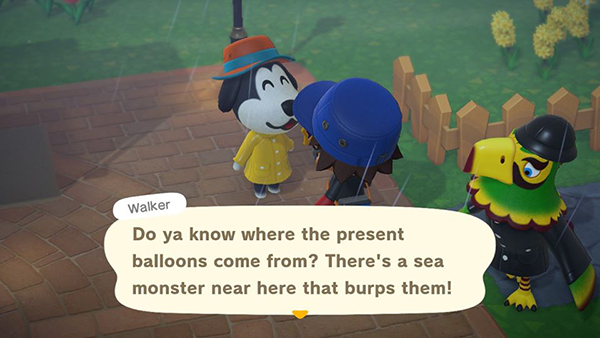 screenshots provided by the author

Tip #3: Catch all the Critters!

There are 80 bugs and 80 fish in New Horizons and you gotta catch ‘em all to be the very best.

Though it’s cool to see them on display in Blather’s awesome museum, some critters are also worth a lot of bells. A great way to make some quick money is to go around catching bugs and fish to sell—you can attract fish with bait made from manila clams and you can attract rare insects by decorating your island with different flowers. Personally, I like stocking up my bugs and selling them to Flick. Not only do they pay 1.5x more than Nook’s, but Flick’s also the coolest character in the game. CJ’s cool too and he’ll buy your fish at the same rate after you complete a fishing challenge for him.

If all that wasn’t enough incentive, each critter has an accompanying pun which your character will exclaim every time you catch them. Down below, I’ve put together a short list of some of my favorite puns I’ve encountered in New Horizons. 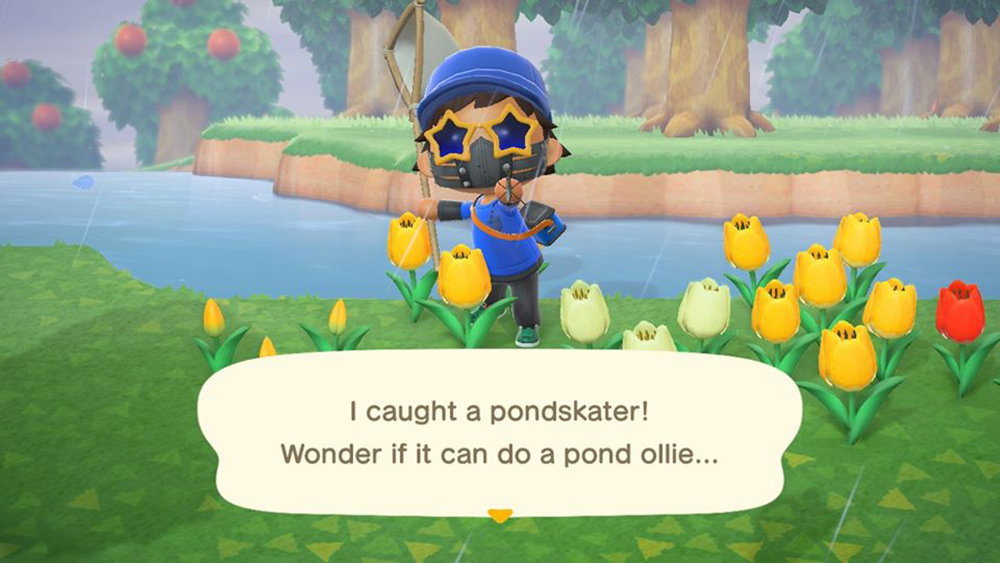 (Bonus Tip: Pole-vaulting over rivers into holes is a fun way to fill them up without a shovel; watch and laugh at your villagers as they struggle to squirm out of the earth. Never gets old.)

Written By
Andrew Porter
More from Andrew Porter
Lately, I’ve been really missing eating out around town. One of my...
Read More