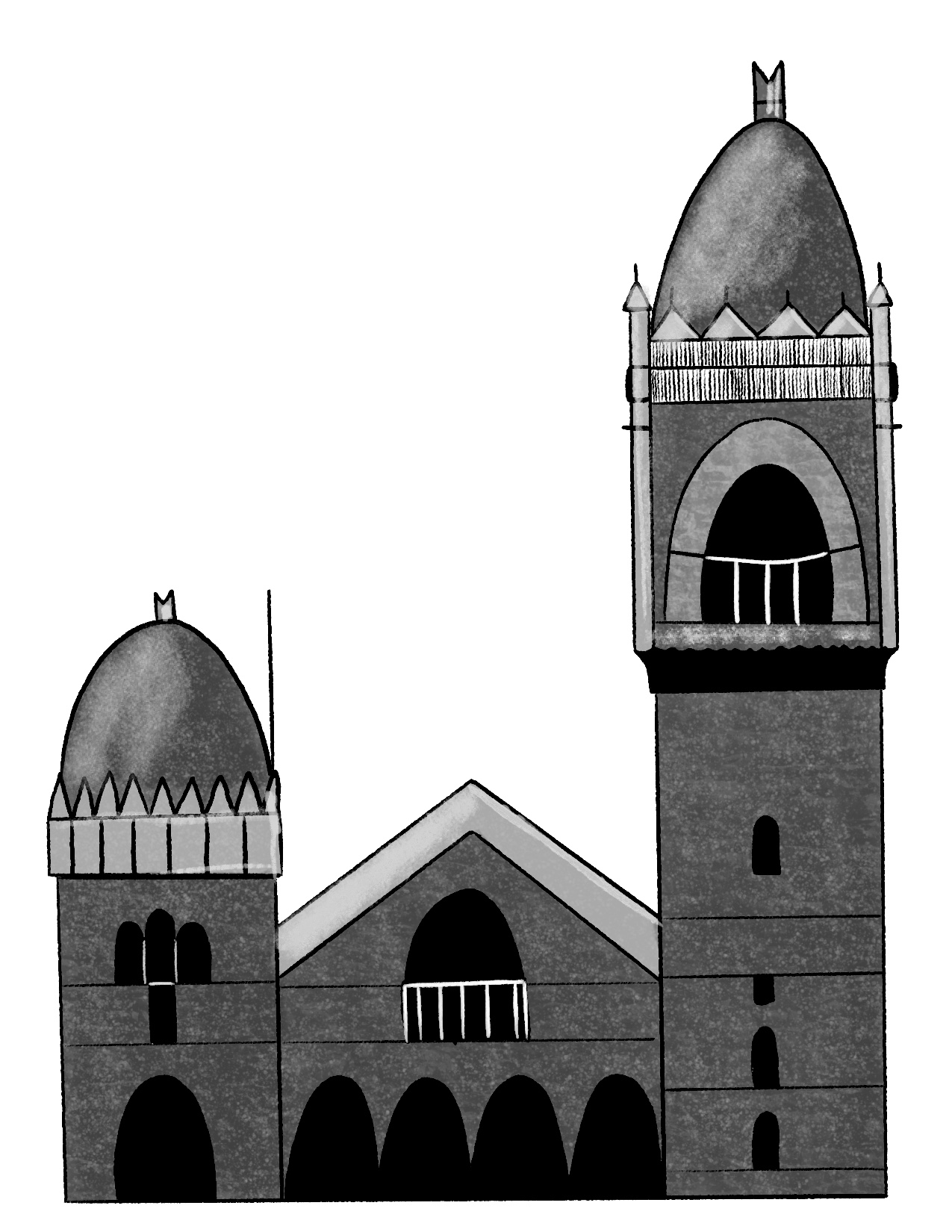 *Editor’s Note: The Pacific Sentinel does not endorse any religious tradition and the opinions below are strictly those of the author.

According to this WikiHow, there are two main methods. The first step of method one is to have a close relationship with God. This means first: “ask Jesus into your life if you haven’t already.” If you aren’t sure how to do that, don’t worry, there’s a linked WikiHow (It also has pictures!) This step boils down to praying to Jesus to forgive your sins and devote yourself to following him.

Good, now we’ve begun! But wait—record scratch. “It’s not a one and done thing,” says local pastor Rev. Jennifer Brownell. “I turn my life over to God everyday, constantly with every act, but it’s also about being engaged and involved and listening.” Brownell is a pastor at First Congregational United Church of Christ in Vancouver, WA. There she works not only on a weekly service, but also justice ministries—actions the church takes to better their community.

“It’s not about just being the priest in the ivory tower performing rituals. It’s also about being in the world, being on the street, being engaged with people.”

Brownell identifies as part of the Christian left. The Christian left is a very amorphous group. Some would have it defined one way, to include some, some would define it another to include others. Some main markers that may indicate whether a church, person, or group belongs to the Christian left include: social justice orientation, affirming theology (this includes affirmation of faith, sexual orientation, and even religion), freedom of choice, contextual biblical interpretation, and a tendency not toward conversion, but fellowship with all peoples. As Brownell’s church says every Sunday: “whoever you are, wherever you are on life’s journey, you are welcome here.” 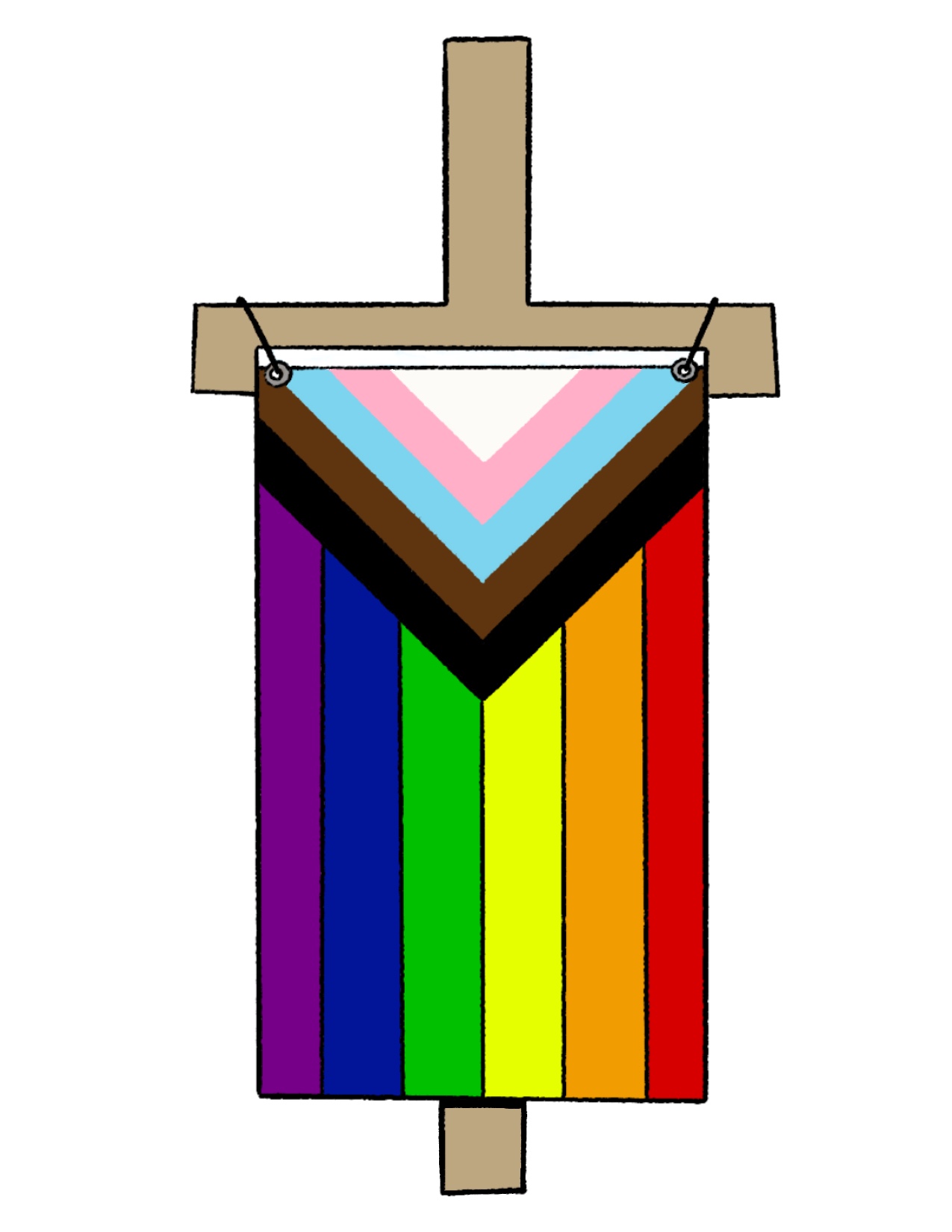 In 2015, a group of people were gathered around a flagpole. They were not pledging allegiance, they were staring slack jawed. A thirty year old woman was scaling the thirty foot pole outside the South Carolina State House to remove the Confederate flag. In the accounts that would come later, most reporters would leave out a vital aspect from the tale of progressive political action: she was praying. As Bree Newsome, the daughter of a Baptist preacher, climbed thirty feet off the ground, she was reciting the Lord’s Prayer and the 27th Psalm. According to the New Yorker, when she reached the top she declared, “In the name of Jesus this flag has to come down.”

While the Black Lives Matter protests have been occurring in Portland, there have been interfaith clergy on the ground. Not to proselytize or counter protest, but to witness. “We’re called clergy witnesses, like the [American Civil Liberties Union] ACLU observers, but with an emphasis on morality instead of legality,” says Rev. Tara Wilkins of Bridgeport United Church of Christ.

Wilkins is part of the Portland Interfaith Clergy Resistance, and she is on the clock even when she is not at demonstrations. “Almost every night of the week, some people from our group are present at the protests. Those of us that aren’t present are monitoring them on Signal—staying in constant contact.” And yes, her ministry extends to Sunday mornings. “My church just voted in June to become an anti-racist church,” says Wilkins. This means that her church is doing workshops and social justice work, but also looking at the way they work at a systemic level to dismantle white supremacy in their daily operations. “We’re living this out in a variety of ways. We’re doing classes, changing ourselves, and doing education as a church council on what an anti-racist system might look like.”

While protests go on, Portland’s Christian left has also been opening church buildings. First Congregational United Church of Christ sits on the South Park Blocks. Early on, the congregation started opening the gothic cathedral a couple nights a week to give protestors a place to get medical care, or even just use the bathroom. Soon they were open most nights, and had enlisted volunteer nurses, doctors, and mental health specialists. First Congregational United Church of Christ belongs to the United Church of Christ (UCC). This is a denomination founded in the 1950s in the wake of World War 2. The hope was to create a liberal denomination that would take a stand on social issues and make justice a priority. 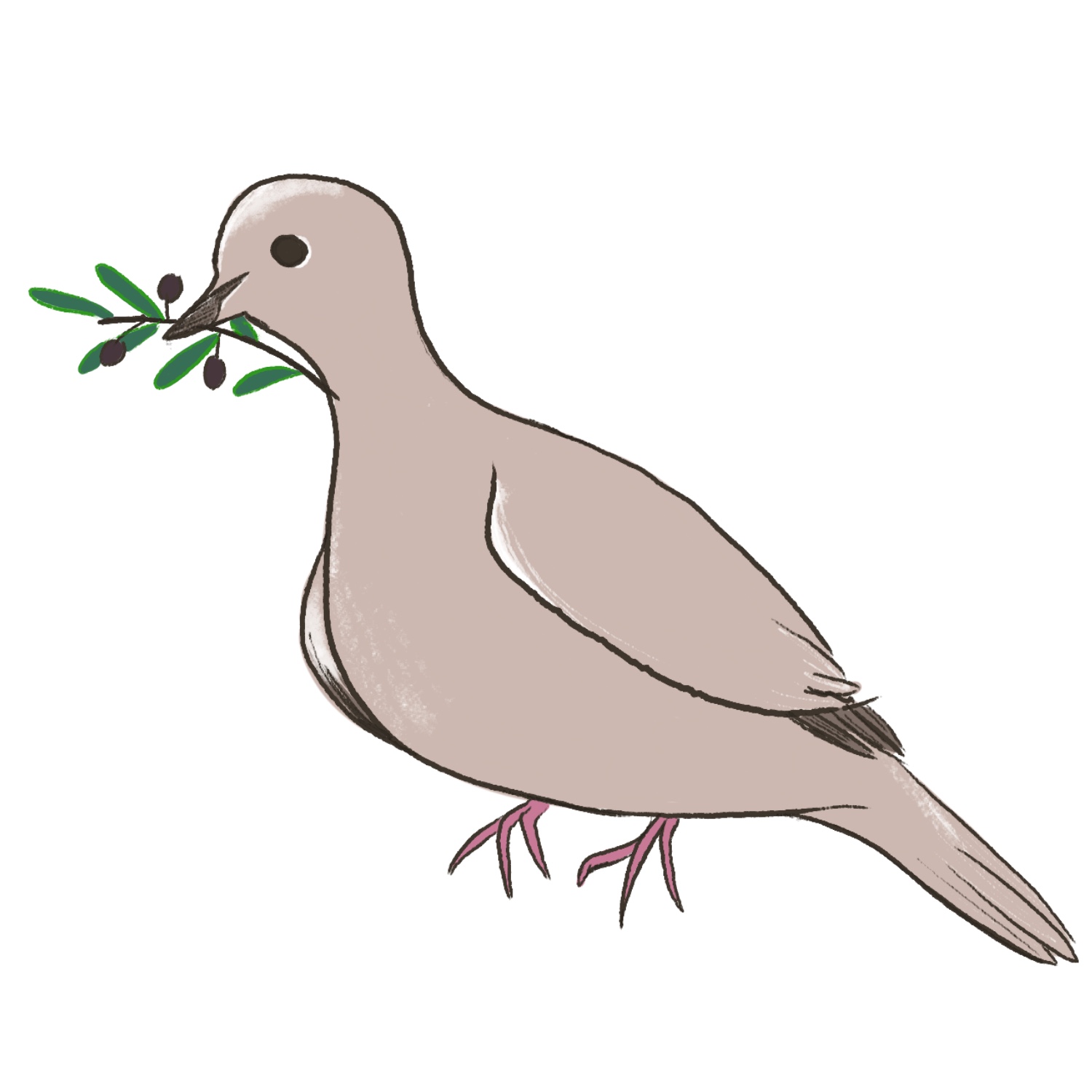 UCC theology is contextual. They are not biblical literalists. They do not believe the Bible was written by God, Jesus, or any celestial authority. Instead, they believe the Bible is a complex text written by thousands of different people over time. “The Bible was never intended to be read or experienced literally. It’s a collection of all different kinds of literature. Different parts of it need to be experienced in different ways,” says Brownell. “A lot of it is poetry and song and stories that are intended to be metaphorical.”

At a church in Beaverton, Friday youth group (currently held over Zoom) commonly includes discussions on gender, race, and sexuality. Many of the youth are LGBTQ+, and hate is not tolerated. Youth group starts with check-ins. How was your week? Where did you see God? What is your favorite song off the new Taylor Swift album? Faces in squares light up during escape rooms, games and prayers. God is there, not as an absolute authority, but a participant in the party. “We have a youth covenant, we’ve established rules. What is said in the circle stays in the circle. We don’t talk about other people outside the circle, and we honor each other as they are. It’s a safe spot for whoever they are. And everyone within that circle knows that,” says Amy Norden, Youth Director for Cedar Hills UCC.

The UCC also takes sex education very seriously. Our Whole Lives (OWL) is a partnership with the Unitarian Universalists. OWL is a comprehensive sexual education curriculum that starts in kindergarten and extends into adulthood. It teaches a sex-positive view of bodies, covering topics from body image to how to put on a condom to how to make a dental dam out of a condom. “I went to the training and it was very, very awkward. I didn’t know if I would be able to do it,” said Norden of the training for teaching the OWL curriculum. “But then I started learning.” Norden thinks OWL prepares youth for the realities of adult relationships, and is well worth any awkwardness. “We have these preconceived ideas of what sexuality is and a lot of people just think sexuality is about sex, which it’s not. Once I learned more and readjusted my own views, it became a lot easier to teach,” said Norden. “OWL teaches about consent and boundaries, honoring people’s likes and dislikes, and most of all, honoring the self.”

Perhaps the most divisive issue, the one that gets blood boiling, Bibles thumped, and the Lord’s name invoked most, is abortion. In Oregon, Ecumenical Ministries of Oregon (EMO) is an alliance between various Protestant denominations and Catholics. EMO holds fundraisers throughout the year including an AIDS luncheon to raise money for the treatment of those with HIV/AIDS in the community. Every election cycle they publish a bulletin with endorsements for various leaders and ballot initiatives. They weigh in on taxes, education, and infrastructure, but EMO never advises on abortion. This is because the group would never be able to reach consensus.

The UCC is a member of EMO and is pro-choice. Its members demonstrate and vote for the rights of women. Here’s the thing though, you don’t have to be pro-choice to be in the UCC. In fact, every stance on political and social issues is only a generalization. You don’t have to believe anything to be in the UCC. The UCC comes out of the Congregational tradition. These are the folks that burned the witches and founded Yale and Harvard. The Congregationalists believed that individual congregations determine their rules and stances on issues. This means that there is no single truth in the UCC. The term “discernment” is often used, this means coming to conclusions on God’s will. Members of the UCC tend to believe this works best in democracy, and thus have yearly congregational meetings where they vote to adopt stances on abortion, or in the case of  Wilkins’ church, white supremacy. Perhaps the greatest strength of the Christian left is its multiplicity. There is no single way.

On United States currency there are written two things: In God We Trust, and E Pluribus Unum—out of many one. This is a good way to describe the Christian left. There is no one way, but there is work to be done. This Sunday, Wilkins and Brownell will stand at virtual pulpits. Norden will watch a service streamed on YouTube surrounded by family. Hate won’t be tolerated. Love will be celebrated. This Sunday, go to a virtual church if you want. Or sleep in. Make pancakes or listen to that new Taylor Swift album. Do what you need to do. According to UCC theology, as far as Sundays go, God asks nothing, but his table is open, and all are welcome. 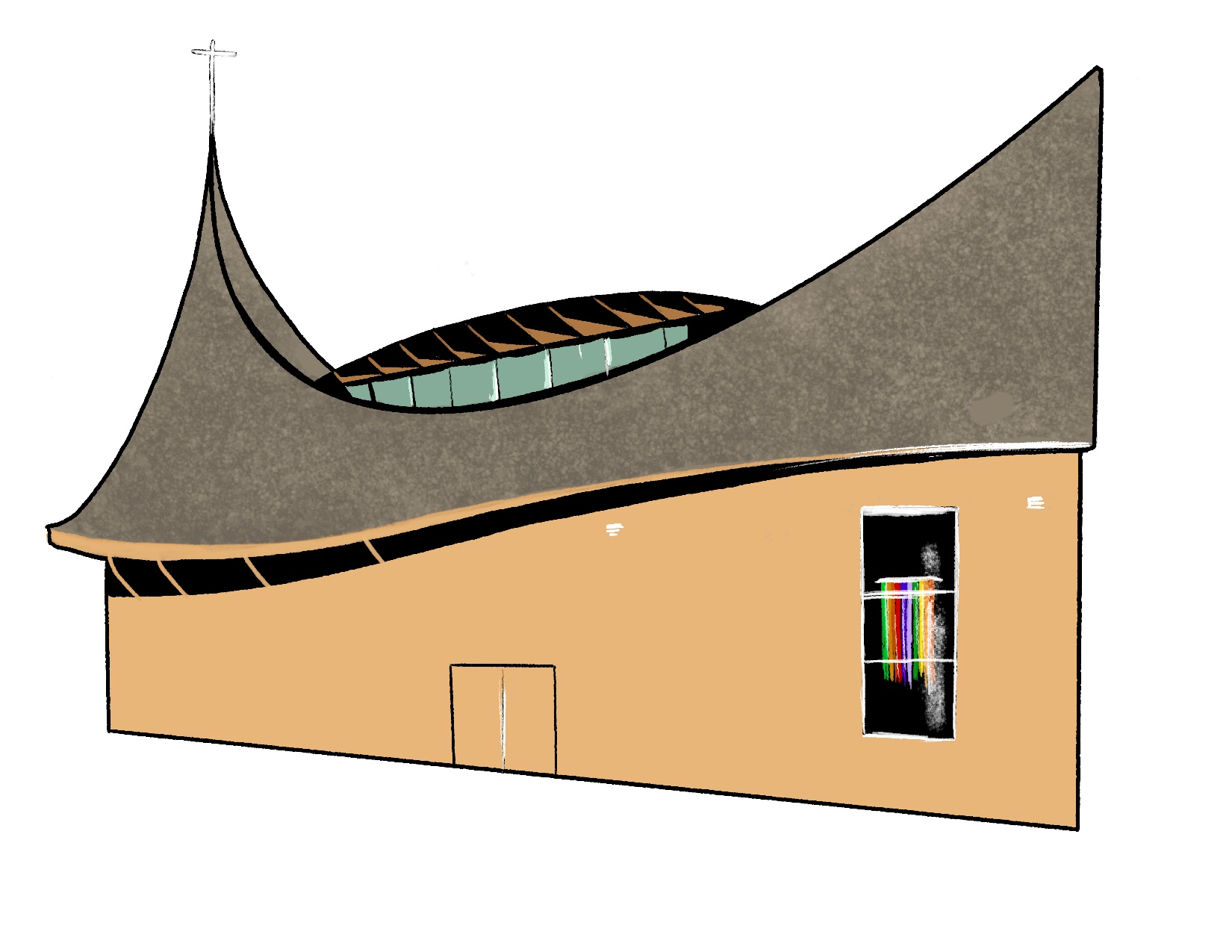