I’m not much into football, but I was excited about one thing during this year’s Super Bowl: the Michelob ULTRA commercial. It featured Zoë Kravitz tapping a beer bottle and cracking open the cap, turning it into a microphone, and creating a satisfying sound. The commercial was a nod to the world of ASMR videos on YouTube, where creators make sounds with everyday objects and whisper into microphones. Maybe you recognized the genre of ASMR from this commercial, or maybe it just weirded you out. Either way, this commercial was a significant step into the public eye for the ASMR community. ASMR is an under-utilized resource for relaxation, stress relief, and help with insomnia. It deserves to be taken more seriously.

ASMR is the abbreviation for Autonomous Sensory Meridian Response. This name was coined in 2010 by Jennifer Allen to describe a tingly sensation in the back of the head as a response to certain sounds or sensations. It’s similar to the goosebumps you might get during a moving piece of music (though that’s another thing entirely). It’s also been known as a “brain orgasm,” but the community prefers the term ASMR because it doesn’t have a sexual connotation. A common misconception is that ASMR is something sexual, some kind of weird fetish; but according to a Swansea study, 95% of people who experience ASMR don’t use it for sexual reasons. It’s true that there are some sexualized ASMR videos on the Internet, but anything can be sexualized. At its core, ASMR is simply a form of sound therapy, using certain sounds to relax and unwind.

The ASMR craze started in the early 2000s, when “whisper videos” began growing popular on YouTube. It took several years for the genre to gain its current popularity and for the term to become more common. People are drawn to the relaxing nature of these videos, which can look plain bizarre to the outsider: people sitting in front of the camera tapping on glasses and whispering into the microphone. But people who watch these videos, the ASMR community, find them soothing and therapeutic.

Different people have different “triggers,” or things that cause them to experience ASMR. In this context, the word “trigger” is positive, as opposed to trauma triggers. Some common triggers include soft-spoken voices, whispers, certain accents, and gentle sounds. Other popular ones include flipping through magazines, typing on a keyboard, light tapping noises with fingernails, crinkling plastic, and visual triggers such as folding clothes or brushing hair. People who make these videos call themselves “ASMRtists” and often spend hours making their videos, creating elaborate backdrops and sets. A core aspect of the videos involves roleplays where the ASMRtist takes on the role of, say, a bank teller counting out your money slowly and methodically, or a nail salon worker painting your nails. The personal attention aspect of these videos is triggering for many people. 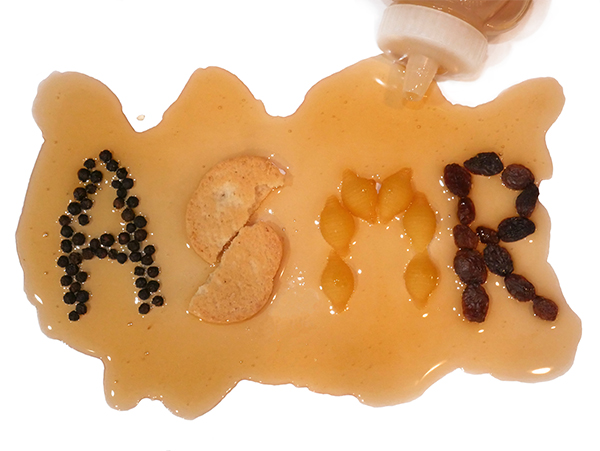 Most people who are “ASMR-sensitive,” as the community calls it, have experienced the sensation since childhood. Maria, the creator behind the wildly popular GentleWhispering channel, first experienced it when playing school with her childhood friend. In an interview with The Washington Post, she recounts being hypnotized by her friend turning pages and experiencing a relaxing tingling sensation that she couldn’t explain. “I would be left in a zombie-like state,” she explains. My own earliest memories of ASMR are from ballet class when I was seven or eight. My teacher’s voice was relaxing and gave me a tingly sensation that I couldn’t find the words to describe. I always assumed it was just a weird thing that nobody else had until I stumbled across an ASMR video on YouTube and discovered I wasn’t alone. There was a word for this weird sensation, and other people had it too!

Very little research has been done on ASMR’s benefits. Right now, almost all of the information comes directly from the community. Viewers comment that the videos help them with anxiety, depression, PTSD, and many more mental illnesses, even using the videos to help them calm down during a panic attack. Some viewers use the videos to distract themselves from chronic pain. Many people use them to help with insomnia. In my personal experience, ASMR has helped me immensely with my anxiety. Sometimes I put a video on in the background while I do my homework. The quiet voices and soothing noises help me concentrate and feel less like a ball of nerves.

It’s true that ASMR is unusual and easy to mock. It can look pretty silly to see a girl tapping on a coffee mug with her long fingernails in front of a microphone. But the phenomenon has serious mental health benefits for a huge number of people, so it deserves more research. A popular ASMR creator, WhispersRed, recently published a book about the phenomenon called Unwind Your Mind: The Life-Changing Power of ASMR that’s an excellent introduction for people who wish to learn more. I encourage you to keep an open mind. Maybe ASMR isn’t for you, and that’s totally okay. But many people receive positive benefits from these videos, and it’s my hope that ASMR will become more respected and seen as a valid technique. We don’t pay much attention to sounds in our culture, and ASMR is a way to reconnect with our senses, much like mindfulness. As Maria describes it, “There are these beautiful little things that we don’t pay attention to.” When was the last time you stopped to appreciate the sound of what you were doing? ASMR is a way to engage all your senses and enjoy a new way of relaxation.

Written By
Claire Golden
More from Claire Golden
Like many of my fellow graduating seniors, I was distressed when I...
Read More