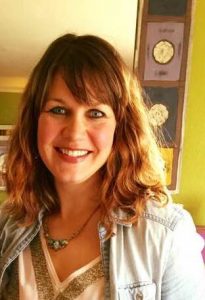 Amy Kayon occupies Portland State University’s new position as the Relationship and Sexual Violence Prevention Coordinator (RSVP), adding a breath of fresh air and plenty of enthusiasm to start prevention efforts on campus. In the midst of our conversation, Amy advised that her intention is to make a prevention program for students, through students. Her goal is to have students connect and introduce something new to influence ways to address sexual and relationship violence on PSU’s campus.

Keen in her excitement, Amy’s passion and her eagerness to get this program off the ground were the themes of our entire conversation.

So, how did you get involved with PSU as the new relationship and sexual violence prevention coordinator?

Well it’s actually sort of ironically funny – I was at this organization called Sexual Resource Center doing prevention work for them for about 14 years and my boss sent me this job opening…not because she wanted to get rid of me, but because she knew that I really wanted another challenge. And also because I wanted to work on a college campus but was not willing to relocate out of state.

A big piece of it was there were some job openings at other schools around the area but the campus climate, like the community, wouldn’t have been a great fit for me. And the way they sort of approached some of their things felt more of a philosophical approach to certain things. Whereas, with PSU, I knew it was going to be more aligned with how I would want to approach prevention.

How did you get involved in this line of work?

So I started in public health about sixteen years ago. I ran a statewide youth crisis line and taught youths how to answer the crisis line…for the state of Oregon. I also taught how to do…immediate advocacy response on the phone and then make appropriate referrals to whatever they needed. So then I began volunteering for another agency called SARC.

Then shortly after I got hired at SARC and didn’t leave for a long time, because I could keep evolving this program and it was also programmatic development where the program really existed. But with an awareness-based focus and not prevention…so there was a lot of work to be done. It was kind of fun to hunker-down to build a program, expand the program, change the program. Until I was like ‘okay I’m ready to do somewhere else.’

What’s your educational background? What did you major in?

I actually did two years at private schools on the east coast near Boston and then came back to Oregon and finished up. So my undergrad is from PSU in sociology, which was cool. Then I went to Willamette and got my masters in the art of teaching. I took a year off from SARC to go teach in enclosed classrooms and realized it was just not for me.

Afterwards I went back to SARC, and luckily my position was still there. I think it’s easy for me to sometimes to go down this road of thinking I probably should have gotten my master’s in public health, but I then always remember that’s where my experience is. And it’s nice to kind of have a breadth of knowledge and not just a depth of knowledge in one area.

So, in terms of sexual violence prevention, when was the first time you figured out this was something you wanted to do?

Well, I started out just as a volunteer at SARC doing response on the crisis line, and I was just drawn to prevention and was like, ‘man — response is really important but what are we going to do to slow down the need to have so many responders?’ I was just sort of interested in that bigger picture of how do we not have everyone…have the same generationally thing happen over and over again, and have the same number of women, boys, and people experiencing sexual violence?

So they had this awareness program at the time and I was like, ‘you know what can I start volunteering there?’ and that basically was what the catalyst of, ‘oh we can educate people, we change social norms, we can start to change the chip away on anti-oppression, which leads to violence, there are things we can do!’ and that just felt like a great use of my energy. Although advocacy has been incredibly important as well, prevention felt like, let’s slow down the amount of victimization happening. Even if it’s a slow process, I’m fine with it and I’ll get on the train for the long ride.

What goals would you like to achieve here at PSU?

In the short term, a program! So because there’s no program I want to have a programmatic development, and for it to be student-led and student-influenced. So what I want for this program is meaningful programming that comes from students because it’s for students. And not me conceiving, or the institution conceiving, prevention and telling students ‘this is what we’re going to do’, because top-down approach is something we often try to undo later since it doesn’t work. I would love to see campus-wide prevention initiatives and programmatic initiatives, and I would love to see this program develop an opportunity for student peers to do some of the implementation of those programs.

Can you give me an example of what you see and mean in terms of prevention?

What are changes you want to see made?

Well what’s cool is I don’t have to say I want to see changes because I’m not stepping into a program that’s already been here. I get to just come in and for months have been listening, information gathering, and just getting ahold of what the culture is here…figuring out who needs to be [re]presented, who’s traditionally at the table working on these things, and who’s not, and how do I outreach to them and make them feel like their participation is important and matters? So it’s not that I want to see anything changed, it’s what I can implement in general.

Is there anything else you’d like to say or add?

I guess something I’d want students to know is that their voices are really going to drive this program and it’s not just playacting that idea, I want students to innovate and share that with me so that I can help implement them. So my biggest thing to students is, if you have any ideas, please share them with me in whatever capacity. Even if you aren’t involved as a long term volunteer, it can be just an email. I want ideas to come in, and I want people to feel like I’ve got this open door policy to come share and help create something cool.